Home » News & Trends » Does everyone want to be a landlord, or what? 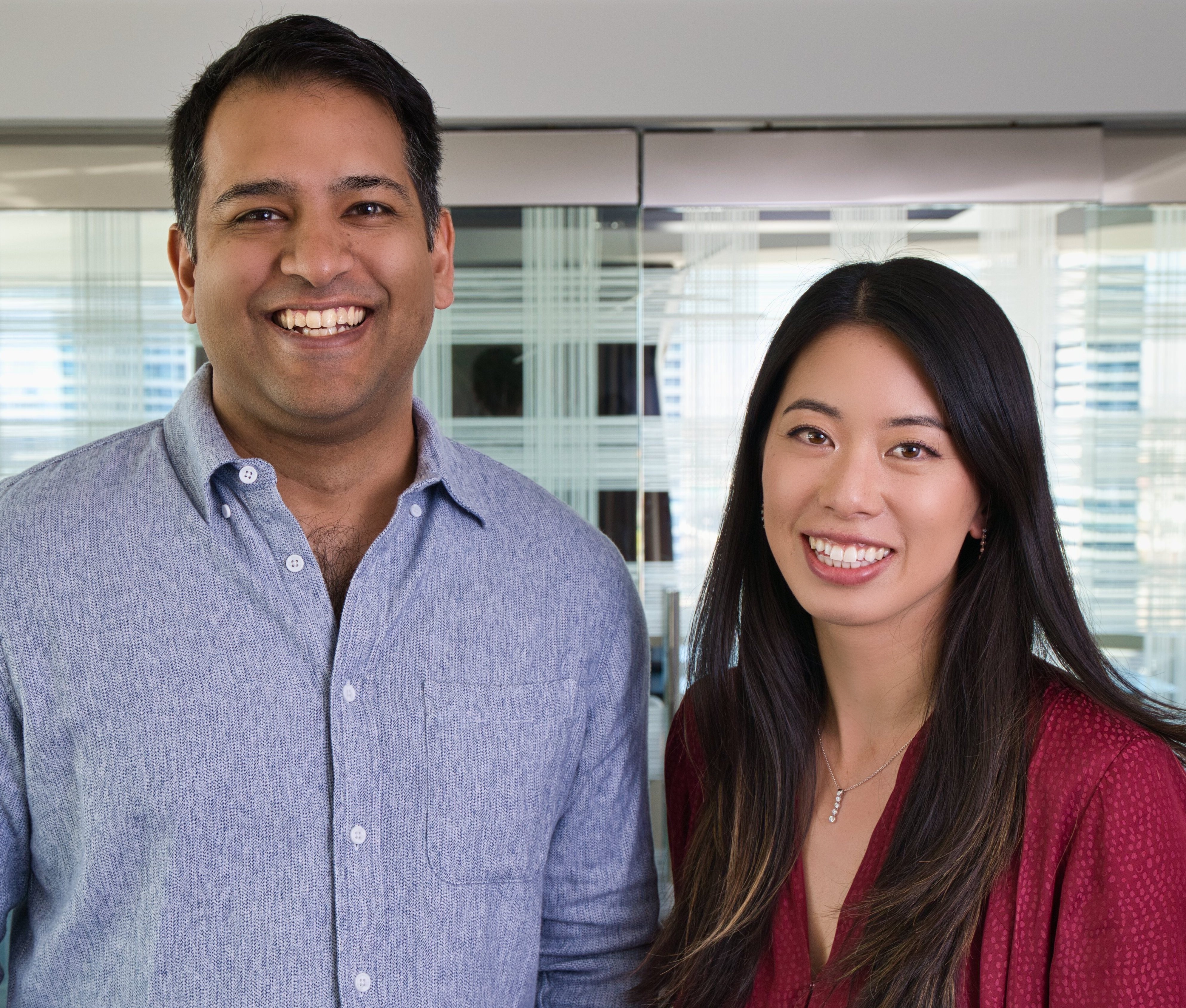 Does everyone want to be a landlord, or what?

Welcome to The Interchange! If you received this in your inbox, thank you for signing up and your vote of confidence. If you’re reading this as a post on our site, sign up here so you can receive it directly in the future. Every week, I’ll take a look at the hottest fintech news of the previous week. This will include everything from funding rounds to trends to an analysis of a particular space to hot takes on a particular company or phenomenon. There’s a lot of fintech news out there and it’s my job to stay on top of it — and make sense of it — so you can stay in the know. — Mary Ann

Helloooo and Happy New Year! Feels like it’s been a while since I sat down to write this newsletter. I’ve missed it!

Before I dive into the news, I wanted to say that I hope you all had a restful and fun holiday. Ours was super low-key but that’s not a bad thing. Still, I will admit it has taken a bit for my brain to switch back to work mode this week…so bear with me.

On Friday, I published an article on Doorstead’s $21.5 million Series B raise. The story was among the most read on the site that day, further evidence that people are really interested in technology that relates to the property rental market, specifically when it comes to investing. For its part, Doorstead says it’s more than a full-service property management company, in that it guarantees the homeowners it works with a minimum amount in rent. If it can’t get the amount that it promises, it will cough up the difference. If it gets more, well, the owner gets the extra — not the company. Doorstead says it intentionally opted to only make money by charging an 8% management fee so that its incentives are aligned with that of the homeowners it works with. By being willing to pay the difference, the company says that it’s able to reduce the amount of time rental properties sit vacant. So, homeowners are not only getting a guaranteed rental income, but they are also having their properties rented out faster and making more money that way, the company’s founders, Ryan Waliany and Jennifer Bronzo, say. Notably, Doorstead also announced that it picked up the Boston assets of another venture-backed proptech, Knox Financial, whose raise I had covered in 2021. I don’t have details as to what led to the latter company winding down its operations, but I suspect we’ll be seeing more of this sort of thing in 2023. And by “sort of thing” I mean startups acquiring assets from other startups. To hear the Equity Podcast crew’s thoughts on Doorstead’s model, head here.

Over the break, we published an interview that I had conducted with GGV Capital’s Hans Tung and Robin Li during the fourth quarter. For the unacquainted, GGV is a venture firm with $9.2 billion in assets under management that invests in startups from seed to growth stages across a variety of sectors, including consumer, internet, enterprise/cloud and fintech. Some highlights of the interview include Tung’s views on down rounds not being the end of the world. He told me that he’d rather see a startup raise a down round than shut down, and that what matters in the end is the outcome. Refreshing! He also shared some of the advice he’s giving to his own portfolio companies, among other things. Meanwhile, Li provided her thoughts on why embedded fintech will remain hot.

While I’m sure there were already many down rounds in 2022, Tung expects we’ll see even more in 2023 as startups that had raised in 2021 began to get low on cash. I agree with his view that there’s no shame in raising a down round. Valuations were overinflated and any down rounds that are announced this year are in most cases reflecting valuations that are more realistic and easier to defend.

On January 6, self-described family fintech Greenlight launched Greenlight Level Up, an interactive, curriculum-based financial literacy game. Clearly the company is trying to appeal to the younger generation’s love of playing games digitally, although one has to wonder what took it so long to include a game in its offering. Via email a spokesperson told me: “Kids can earn virtual coins, experience points, and engage with real-life money lessons through dynamic graphics, story-driven gameplay, and animations on their cell phones or tablets — taking the principles of gamification and applying them to one of the essential skills they’ll need for their entire lives.” Of course, the gamification of finances is not a new concept. Last year, I wrote about Truist, one of the nation’s largest financial institutions, acquiring fintech startup Long Game in its efforts to appeal to a younger clientele.

BaaS startup Synctera said it is teaming up with Wahed (meaning “One” in Arabic), a digital Islamic investment platform that describes itself as the world’s first halal investment app. Synctera says it is providing the infrastructure for Wahed to make its services available to the 3.5 million residents of Muslim faith in the U.S. Presently, Wahed has more than 200,000 clients in the U.K. and Malaysia and is using Synctera’s offering to build bank account products and roll out a debit card program linked to its app for Muslim Americans. Specifically, a Synctera spokesperson told TechCrunch that “Wahed currently offers halal investments, structured in accordance with established Islamic principles and standards, to US customers. With Synctera, Wahed will be able to provide their customers with bank accounts (making funds transfer easier and smoother) and debit cards (for convenient access to funds).” Synctera CEO/founder Peter Hazlehurst wrote via email: “We’re really excited to help Wahed launch banking products for their U.S. customers….We expect to see a wave of mission-driven companies like Wahed embrace embedded banking to help people brighten their financial futures.” In recent years, we’ve seen more and more fintechs shaping their offerings to cater to very specific demographics such as Hispanics, Blacks, Asian Americans and immigrants generally. Only time will tell if that sort of niche focus will pay off.

In that vein, Boston-based Mendoza Ventures — which describes itself as “a female and Latinx-founded fintech, AI, and cybersecurity venture capital firm” — announced that it has achieved a first close on its $100 million fund — its third. Unfortunately, the firm would not share how much it has raised so far but did say in a press release that the fund “will prioritize investing in early growth stage startups with a focus on diverse founding teams.” Hey, we’re always here for any initiatives aimed at elevating diverse founding teams. Notably, Bank of America led the initial close, which included participation from Grasshopper Bank and other undisclosed investors.

To kick off the year, Felicis Ventures‘ managing director Victoria Treyger penned a guest post for TechCrunch, offering up her predictions and where she sees opportunities in the fintech space. Meanwhile, Bessemer Venture Partners Charles Birnbaum told us via email that he believes that “With FedNow finally slated to launch more broadly in mid-2023, all eyes will be on opportunities around faster payments. While adoption of the Clearing House’s RTP scheme has been moderate to date, we expect FedNow’s use of the existing FedLine network to accelerate faster payment adoption beginning in 2023. There will be a lot of opportunity to build the enabling modern infrastructure for use-cases like payroll, insurance disbursements, supplier payments and more and at the application layer for more seamless b2b and consumer payments experiences.” He’s also still bullish on the continued institutional adoption of blockchain technology in some large areas of financial services. For example, he predicts that  SWIFT “will continue to experiment with central bank digital currencies (CBDCs) while more banks will join the USDF Consortium to facilitate compliant transfer of value over blockchains via bank-minted tokenized deposit stablecoins.”

Speaking of blockchain, Mercuryo, a crypto-focused startup that has built a cross-border payments network, has now launched a BaaS solution, which it claims “unlocks a unique feature — the ability to manage banking and crypto accounts within a single platform.” A spokesperson for the company told me via email the goal is to make it easier for traditional banks to open crypto accounts for their users and to give crypto platforms a way to open bank accounts that would allow their clients to store, transfer and pay in fiat/crypto. I covered the company’s raise in June of 2021.

It was cool to see a startup whose raise I covered last year be named a Time Best Invention of 2022. Altro raised $18 million last May to grow its offering, which aims to help people build credit through recurring payment forms such as digital subscriptions to Netflix, Spotify and Hulu. Personally, I am a fan of the startup’s inclusive credit-building efforts, which challenge the antiquated credit score model here in the U.S.

Last week, Darrell Etherington and Becca Szkutak were joined by Brex co-founder and co-CEO Henrique Dubugras to chat about what made him and his co-founder, Pedro Franceschi, decide to launch the corporate card company and why the friends, who met online as teenagers, decided to be co-CEOs, among other things.

According to pay transparency tracker Comprehensive.io, Stripe is not exactly so transparent about its pay. The fintech giant does not include salary ranges in its CA or NYC job posts. The tracker also found that a strategic account executive at fintech startup Bolt can make — you ready for this? — $374,000 to $462,000 OTE/year. (If you could see me, I’m making the Kevin in “Home Alone” shocked face right now).

As reported by Manish Singh: “Suhail Sameer, the chief executive of BharatPe, will leave the top role later this week as the Indian fintech startup scrambles to steer the ship after kicking out its founder last year for allegedly misusing company funds.” More here.

While we’re not seeing many megarounds in the fintech space here in the U.S., TechCrunch’s Manish Singh reports that India saw two significant raises in the world of fintech in recent weeks:

Meanwhile, in South Korea, fintech Toss bumped its valuation up to a staggering $7 billion:

Other funding deals reported on the TC site include:

Gynger launches out of stealth to loan companies cash for software

And, that’s a wrap. I’m not typically one for resolutions but I can say that I am trying to start this year off on a more upbeat note. Last year was challenging in a lot of ways, but it doesn’t help to be negative or doom and gloom. There is still so much good news and things to be grateful for. So, my wish for 2023 is more resilience and optimism for us all because while we can’t always control what happens, we can control how we react. Thanks again for reading, and for your support. I’m always here for your feedback! Until next week…xoxoxo Mary Ann

Does everyone want to be a landlord, or what? by Mary Ann Azevedo originally published on TechCrunch