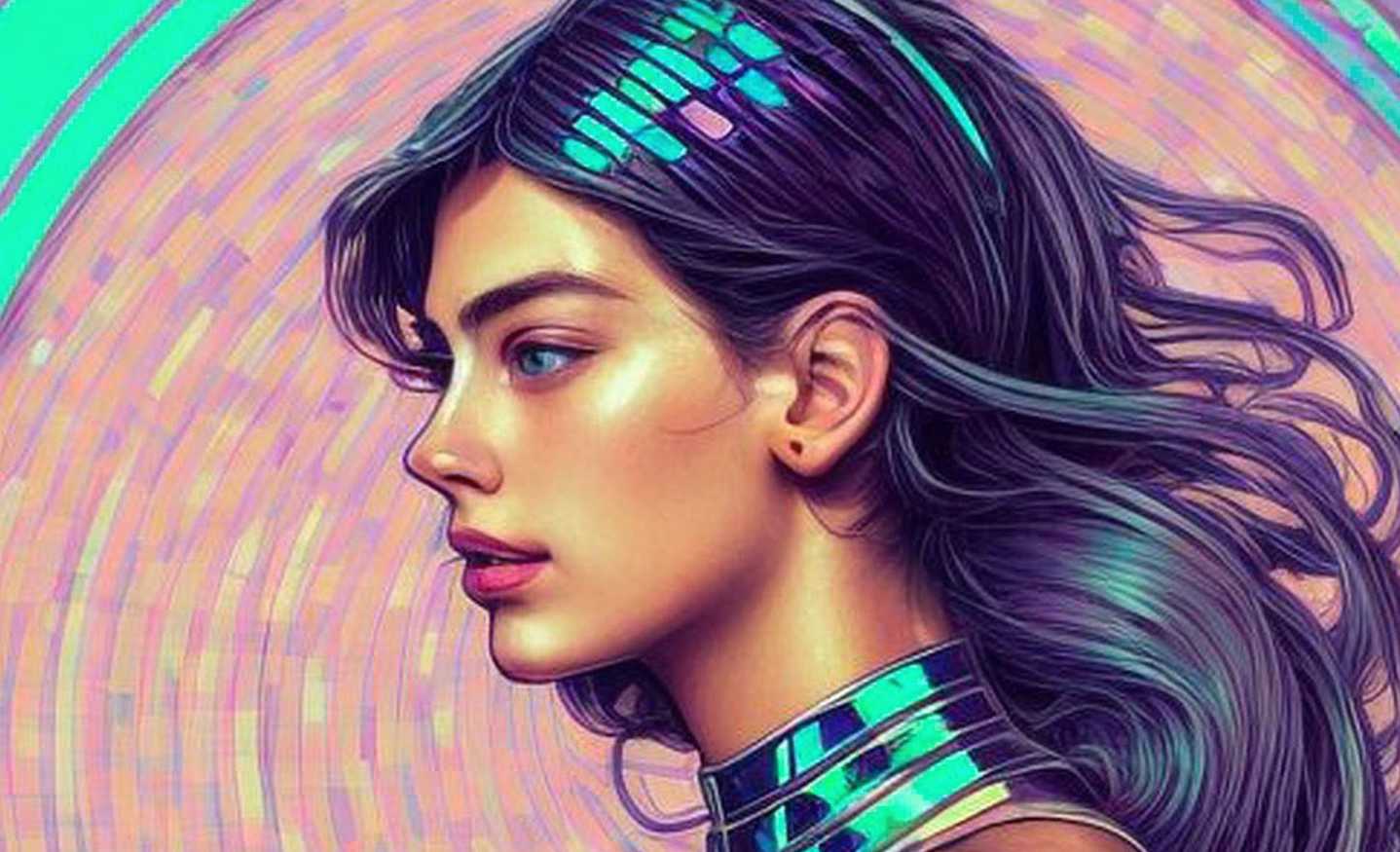 Welcome to Startups Weekly, a nuanced take on this week’s startup news and trends by Senior Reporter and Equity co-host Natasha Mascarenhas. To get this in your inbox, subscribe here.

May the earnest among us rise up: Techies, it’s prediction season. It’s my favorite time of the year, not because I’m a glutton for threads or care deeply about why DTC’s worst is still ahead of us — a take that echoes loudly for the third year in a row, mind you — but because it’s nice to see us all sit down and reflect.

Before I jump into what I’m thinking, some of my favorite prediction pieces and threads have come from Ganas VC’s Lolita Taub, QED Investors’ Nigel Morris and our very own.

OK, with that, here’s what I think will happen next year: the return to in-person, five-day work weeks for tech workers. Before you jump in with all the exceptions and asterisks, let me explain why I believe this is going to happen.

All of 2021, we spoke about the power pendulum shifting toward employees, spearheaded by the Great Resignation. Then, this year, the Great Resignation became the Great Reset, as employers fired large percentages of their staff due to changing macroeconomic conditions. As we enter 2023, many have predicted that the wave of layoffs may get worse before it gets better — a prediction already proved true by recent rounds of cuts before the holidays, including Airtable, Plaid and Komodo Health.

In a lot of cases, the power is shifting back to employers once again — which means those who have wanted to bring people in the office since the moment lockdown first began may finally be empowered to do so. I’m not saying every founder and executive is secretly colluding, but I also think the domino effect matters here. If your biggest competitor starts working from the office to boost productivity, you may feel tempted to as well; at the same time, if you’re a scrappy early-stage startup that is lucky enough to be hiring, you might still be able to get the upper edge on recruitment if you tell employees they can work from everywhere.

My perspective isn’t just a hunch; it’s what I’m hearing from founders. A number of entrepreneurs, some citing Elon Musk’s choice to bring Twitter employees back to in-person work, say that they’re planning to bring back a mandatory in-person work culture in the new year because of the issues that are arising from remote work (whether that be productivity or collaboration). It’s a bit of manifesting, a bit of reality. One founder told me over drinks and fancy snacks that they weren’t worried about losing talent — because those who leave just because there’s an in-person mandate weren’t mission-driven to begin with.

There’s a lot there that makes that sentiment much more complicated, especially when thinking about how in-person work impacts the immunocompromised and those with families and caretaking responsibilities. While I don’t think the companies that were 100% distributed since day one will jump into buying offices, I think we’ll see more companies than you think start with a hybrid approach and more hybrid companies weigh more toward in-person work than remote.

I know all of you have thoughts on this, as you didn’t shy away from telling me that on Twitter. Let’s end with some of my favorite tweets there:

I wonder how all the distributed hiring done during the last couple of years will impact this –– will companies pay to relocate those folks back to where HQs are, or call it a financial win to have smaller office footprints? Only 30% of our team lives near an office, for example.

I don’t think so, not coming back!!

Instead of shifting to a “go to the office” paradigm, we should focus to a “accomplish objectives” paradigm, with work place and time flexibility.

They’re pushing hard enough for it. Every LinkedIn “influence,” VC, and “career coach” seems to be on the RTO train.

Let’s pause from all this work chatter and talk about other work chatter. As always, you can find me on Substack and Instagram, where I publish more of my words and work. In the rest of this newsletter, we’ll talk about opinionated AI and open source — as well as staff gift guides.

AI art apps are having a moment — thanks to Lensa AI

Artificial intelligence is having (another) moment — which means scrappy innovation is getting some deserved, if not buzzy, attention. This week, TC’s Sarah Perez spotted the rise of AI art apps all over the App Store, seemingly jumping off the success of Lensa AI’s viral avatar generators.

Here’s why this is important: We’re going to see a lot of flash-in-the-pan stars, and real power, in this space in the coming months. Sam Altman, the CEO of OpenAI, helped built ChatGPT (which has been in charge of all those fun prompts and answers that you’ve been seeing all over Tech Twitter). He made a great point when describing the technology but one that I think can be scaled to all of the sector:

“ChatGPT is incredibly limited, but good enough at some things to create a misleading impression of greatness. it’s a mistake to be relying on it for anything important right now. it’s a preview of progress; we have lots of work to do on robustness and truthfulness,” Altman tweeted.

6 investors discuss why AI is more than just a buzzword in biotech
Companies — and VCs — continue to invest in AI despite market slowdown
The impact of hype with Clubhouse’s Paul Davison
I’ll spend more time thinking about AI in 2023, so if you have any basic reading materials, please slide into my DMs!

TC’s Paul Sawers is one of the most thoughtful writers I know, and you’ll get what I’m talking about if you read his latest: “Decentralized discourse: How open source is shaping Twitter’s future.” He walks through how algorithmic transparency, encrypted DMs, and, yes, even content moderation, has been a recurring theme in Twitter’s present — and will certainly shape its next chapter.

What if Twitter decided to go all-in on open source? Not just a recommendation algorithm or a protocol, but the whole shooting match — codebase, clients ‘n all? It would certainly be a Herculean undertaking, particularly with everything else going on at Twitter right now.

It would also be an almost unprecedented move to see a $44 billion private company open its entire codebase to the world’s masses. That’s not to say that it couldn’t ever happen though, as Musk has form in making radical moves. Eight years ago Musk ripped up the patent playbook when he pledged that Tesla wouldn’t sue any company that infringed any of its patents “in good faith.” At the time, Musk said it was all about expediting electric car adoption and the infrastructure required (e.g., charging stations), an ethos that is broadly aligned with that of open source.

Here are some of the fun and imaginative gift guides that the TC staff put together this week:

9 high-tech gift ideas for the cannabis users in your life
Here are the best books that TechCrunch read this year
8 great gifts for anyone working from home
6 gifts for coffee lovers looking to up their game
Gift Guide: More than 20 STEM gift ideas to inspire kids to code
9 suitcase-friendly gifts for frequent flyers
Gift Guide: Picking out the right iPad
6 extremely online books to gift your most internet-obsessed friends
Gift Guide: On-the-go fitness tech to boost their training anywhere
7 great gifts for smart home smarties

If you missed last week’s newsletter, read it here: “Edtech’s brightest are struggling to pass.”
We want to meet your startup at CES this year! The team is already gathering the startups they want to cover — so fill out this form so we can get some early eyes on your innovation.
I know we’re all just looking to hunker down for the rest of the winter, but WAIT I have news: TechCrunch is coming to Boston on April 20. I’ll be there with my favorite colleagues to interview top experts at a one-day founder summit. Don’t wait — book your Founder Pass today for just $75 with this link!
General shout out to my colleague, Mary Ann Azevedo, for bringing her full heart and energy to work everyday.

Is ChatGPT a ‘virus that has been released into the wild’?

FTX founder Sam Bankman-Fried has been arrested in the Bahamas

Komodo Health, once tipped for a looming IPO, has cut staff as CFO departs

The FTC is suing to block Microsoft from buying Activision

As AI pervades biotech, what are investors looking for in 2023?

Why the SPAC route makes sense for Getaround

How much money should you raise for your startup?

So we’ve made it to the end of our last chat about this wild, plot twist of the year. I’m not going to lie: These past 12 months didn’t fly by. Instead, every day on the tech news beat felt important, complex — if not exhausting and confusing too — in a way that has really shaped the way I see this world. It’s still a work in progress, but I will say that 2022 was ultimately the year in which I finally landed the right sourcing, trust and networks to realize that tech is not all rainbows and butterflies.

To brag for a second, there were some career highlights for me this year, from interviewing Kevin Hart to getting in fights with many a millionaire on Twitter. I wrote about the difficulties of rebuilding a startup and gave a window into a community-based company letting down its community. I laughed about how full circle tech is — and then found my predictions aging horribly every single time. We grew Equity Wednesday into a thoughtful show that tries to answer one big question at a time, instead of all the questions at once.

Startups Weekly is now read by tens of thousands of you all — and it’s never been spicier!

I have never been more fascinated by how power and capital works in this world. That’s thanks to all of you, from the ones who read and amplify our stories, to the ones that help nudge us to rocks waiting to flip over, to even the ones that tell us what angle we missed (and how to do better next time). It’s also thanks to my amazing team here at TechCrunch, for whom I never have enough words of gratitude for.

I’m going to be out of the office until the new year, probably sipping cocoa, sneaking some Skyline chili and indulging in my mom’s chana masala. I wish you a happy and safe holiday season, and when we’re back let’s talk resolutions, okay‽