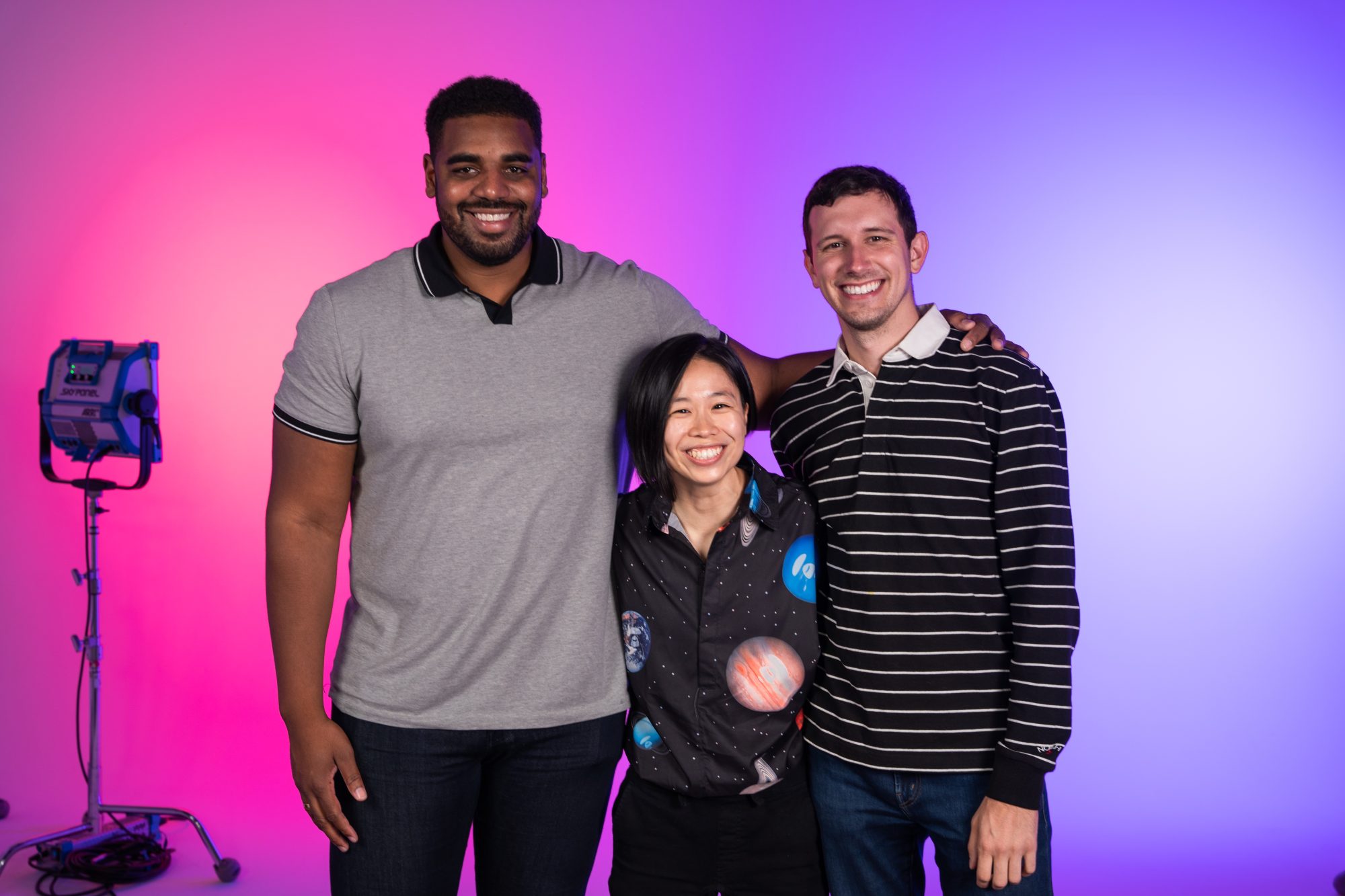 This new app is helping Gen Z invest in cars, food, video games and other ‘themes’

Michael Haddix Jr. is a former college basketball player who was pre-med until he discovered investing once finishing undergrad.

After being exposed to it, Haddix  says he got “really excited” about investing and went on to get an M.B.A. from Columbia Business School so that he could work in the field. Upon completing graduate school, he began working as investment banker at Goldman Sachs and then as a financial advisor for pro athletes for NBA stars Chris Paul and Stephen Curry as well as Olympic swimmer Michael Phelps and Olympic gymnast Aly Raisman.

It was at that point that Haddix realized he had a passion for educating athletes. So he turned that passion into a company called Empower3d.

“I told myself, ‘I’ll go to colleges and pro sports teams and teach finance and investing 101,’ ”Haddix recalls. “In doing that, we kept getting asked, ‘Now where do I get started? How do I do this?’ ”

And so the idea for Scout – a different kind of investing app – was born.

Haddix joined On Deck as a fellow and it was there he met co-founder and CTO, Cindy Zeng. The pair teamed up in 2020 to build Scout – an alternative to what Haddix described as retail investing apps that offer “no guidance,” or old-school large institutions with a “set it and forget it” mentality.

“We knew there had to be something better for people who want guidance and someone holding their hand,” Haddix told TechCrunch. “There is a lot of information out there and some people just don’t know how to decipher what’s good, what’s bad, or know how to execute.”

In a nutshell,  the intent behind Scout is to make investing more fun, less intimidating and educational. Long term, the company’s goal is to help people – mostly Gen Zers – build responsible and recurring investing habits “by encouraging participation in diversified portfolios with a mixture of themes, or funds, that feel personally aligned with the interests and experiences that individuals are passionate about.”

So, what does that mean exactly?

Scout gives its users a way to invest in buckets based on their interests. Once someone signs up on their platform, they are asked to share their personal investment goals and risk tolerance. They then can select “Scout Themes,” or funds based on their interests to create a personalized portfolio. That strategy led to the company’s tagline of “Invest in themes, not memes.” The company then blends those themes with other diversified US Equities and US Municipal bonds, referred to as a “Scout Starter Pack.”

Scout’s themes/funds currently include 15 different options, although Haddix said the company plans to continue to add more on a regular basis. Existing themes include “I Love College,” which includes companies from the U.S. food and beverage sector with a focus on fast food and alcohol, for example. Another theme is “Love of the Game,” which includes companies that develop or publish video games, facilitate streaming or downloading of gaming/esports content, or produce hardware used in video games and esports. Other themes include So Glamorous, which includes companies selling apparel, luxury goods and other consumer retail products such as handbags, shoes and jewelry and The Open Road, which includes – you guessed it – companies involved in the development of self-driving cars, electric vehicles and their components and materials.

It then provides its users with “The Scout Report,” which provides insights on why the Scout team touts each of its funds.

The startup is banking on the belief that Gen Z investors are participating in the markets at higher rates than ever.

“They’re either underwhelmed and confused by the boring rigidity of financial advisors, and ultimately lose interest in…beginning and maintaining their investing journey at a young age,” Haddix said. “Or they’re overwhelmed by the bright lights and excitement of low-guidance, single-stock ‘casino/day-trading’ brokers and can potentially lose a significant amount of money…before losing interest in the markets.”

Scout’s app emerged from its private beta program in August and is now available in the Apple App Store. During its beta, the company onboarded thousands of students at more than 17 college campuses. The move was in line with its initial go-to-market strategy, which is to target college students, including athletes and non-athletes, with the expectation of making ambassadors out of influential people on campus. (Maddix’s own father is a former NFL running back.)

Interestingly and notably, Scout doesn’t make money by charging transaction fees. Instead, it charges users with under $1,000 in assets under management (AUM) $1 a month for a subscription. For larger accounts – greater than $1,000 – the startup takes 1% of AUM.

The low barrier to entry is intentional. The company is going after what it views as a massive total addressable market with low customer acquisition costs.

“We want to get people in the door, and comfortable,” Haddix told TechCrunch.

The hope, and expectation, is that they will invest more money over time.

As part of helping users be comfortable, Scout provides daily monitoring and rebalances accounts monthly. It doesn’t want its users to be confused by the shifting macroeconomic environment around them.

“As the market changes, as things happen, as the Fed increases or – hopefully in the future – starts increasing the interest rate, or even if their life situation changes, we will make sure we are monitoring portfolios to make sure people are still in the same risk bucket, and that their allocation is still where they’d like it to be,” Haddix said.

Samara Mejia Hernandez, founding partner of Chingona Ventures, said her firm prioritizes investing in founders from non-traditional backgrounds “who bring unique perspectives on a customer base that will give them a competitive edge.”

She believes the company’s strategy of targeting Gen Z at colleges while leveraging campus influencers such as athletes is a compelling and unique one.

“Michael comes from this community and had spent the majority of his professional career advising this group on their finances,” Hernandez wrote via email. “Now he wants to scale this with technology.”

She added: “The Gen Z community is already interested in investing, you just need to give them a platform that allows them to do so while educating them on what they are doing and helping them share their investments with friends.”

For his part, NBA player Paul said in a written statement that financial education and encouraging young people to prioritize it has “always been important” to him.

“I have a unique opportunity and responsibility to use my platform to push that life-changing message to everyone,” he added.

Recognizing the value in having ambassadors that users know and look up to, Scout has also partnered with a number of professional athletes, including Travis Kelce, Ali Krieger, Elena Delle Donne and CJ McCollum to promote the investing app on social media.

My weekly fintech newsletter, The Interchange, launched on May 1! Sign up here to get it in your inbox.