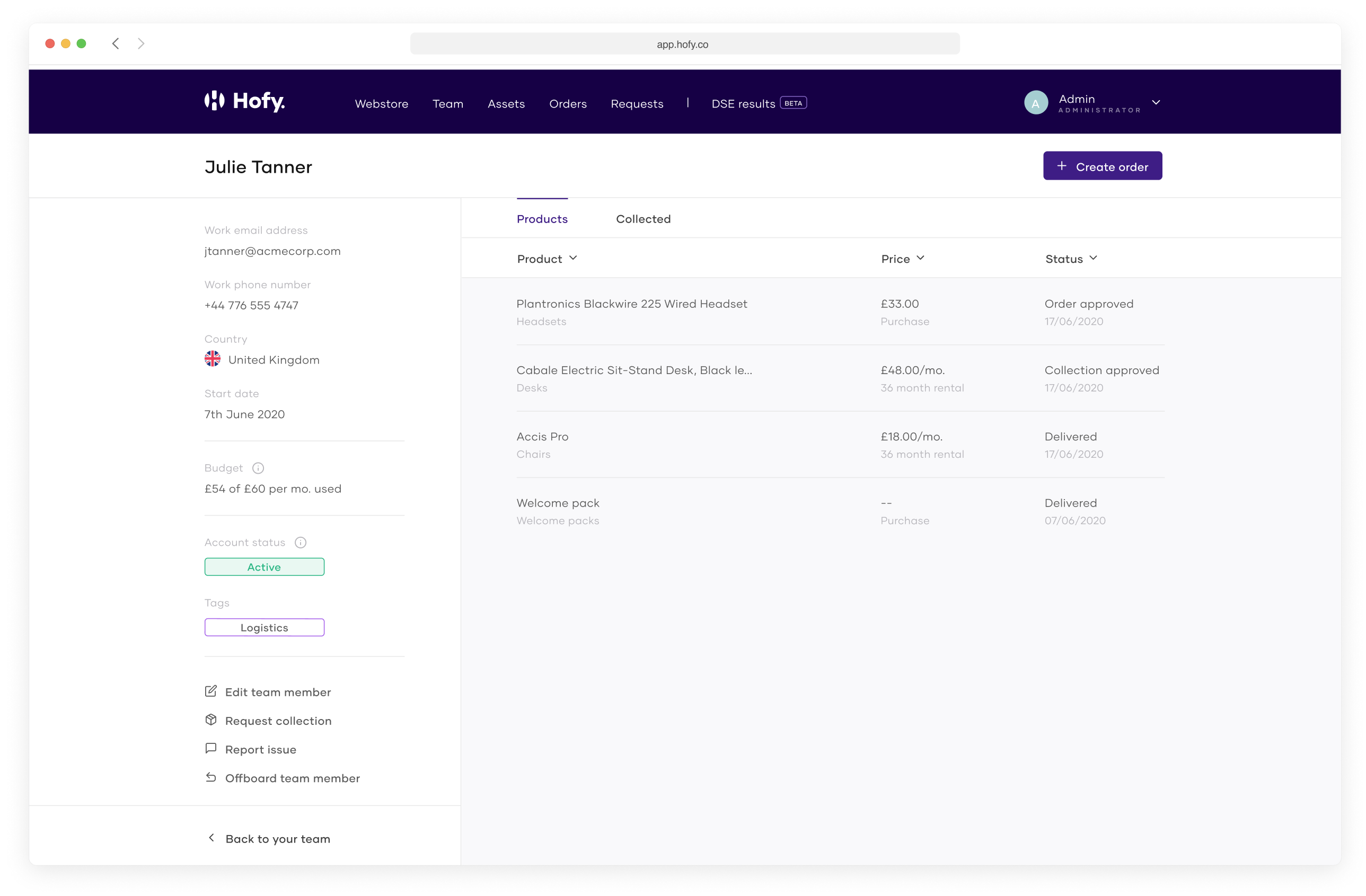 In March 2020, Sami Bouremoum and Michael Ginzo, two tech entrepreneurs with a background in consulting (Bouremoum worked for Bain & Company) and software development (Ginzo led product at hiring startup Deel), came together to co-launch Hofy, a company that delivers office equipment to remote hires. It wasn’t long after that Hofy began earning “low-six-figure” revenue, Bouremoum claims, as the pandemic forced employees around the world to transition to work-from-home setups.

More than two years later, investors still believe in Hofy’s mission, evidently. The company today closed a $15 million Series B round led by CNP with participation from Stride, 20VC, Day One Ventures, Kindred Capital, Activum and TrueSight, bringing Hofy’s total raised to $30.2 million. Bouremoum tells TechCrunch that the fresh cash will be used to expand Hofy’s service to more countries while growing its suite of IT services.

“We wouldn’t exist without the pandemic and generally it accelerated remote work by 20 years, which created a huge market opportunity for this solution. Right now, our growth comes from our existing customers hiring more employees,” Bouremoum told TechCrunch in an email interview. “Initially, Hofy was going to raise a larger round in early 2022, but since then, we’ve built a business that’s cash flow positive and doesn’t require huge amounts of VC dollars to scale. This way, we don’t dilute existing investors and employees.”

Hofy, which initially only serviced customers in the U.K. but is now available in 110 countries, handles equipment orders and shipments for corporate clients. Once integrated with an HR system, Hofy can be used to set rules like budgets and usage policies. New hires invited to the platform can order their equipment — whether laptops, monitors or accessories — ahead of start dates.

“On average, companies spend 3.5 hours to equip a new hire,” Bouremoum said. “Hofy equipment is rented, transforming upfront capital expenditures into a manageable operational expense that is tightly aligned with the dynamic nature of startup hiring and turnover. Customers want to ensure that every team member has access to a productive, compliant remote work setup, wherever they are in the world … Hofy [can] natively integrate into a stack of tools and help employers hire and manage the employee lifecycle globally.”

Beyond this, Hofy provides an API that allows HR vendors to offer hardware delivery and recovery as a managed service. One of the startup’s first integration partners is Deel, Ginzo’s old employer, which will enable customers to use Hofy through the Deel platform to buy and send equipment.

“Imagine being able to not only manage a new joiner’s digital onboarding journey on Workday, but also physically getting their equipment to them without having to leave Workday,” Bouremoum continued. “This is the type of application our API enables.”

Hofy competes with Fleet, which recently raised $20 million for its service that helps track and manage enterprise devices like laptops. Allwhere is another rival — it’s a consultancy that works with companies to implement remote work setups, including managing the lifecycle of equipment.

Perhaps the larger, more existential threat to Hofy is the shifting attitudes around remote work. While employees claim that working from home has made them more productive — and saved them money — many managers are skeptical, presenting an obvious threat to remote equipment management startups like Hofy. In a recent study by Microsoft, 85% of bosses said that hybrid work makes it tougher to be confident employees are being productive. Those same bosses are strongly encouraging staffers to return to the office. According to Kastle Systems, a security firm, office occupancy hit a pandemic high earlier this month, with 10 of the country’s top metro areas seeing an average of 47.5% of workers swiping into offices compared with pre-pandemic levels.

If Bouremoum has concerns, he didn’t express them.

“We made the decision early in 2022 to move to a cash flow positive operating model, which we’ve been able to do more quickly than we originally planned,” he said, while declining to disclose revenue numbers. “We have a strong product in a large and growing market, so we’re not concerned about weathering the headwinds, especially with this recent funding round.”

London-based Hofy plans to grow its team from 95 employees to 120 by the end of the year.