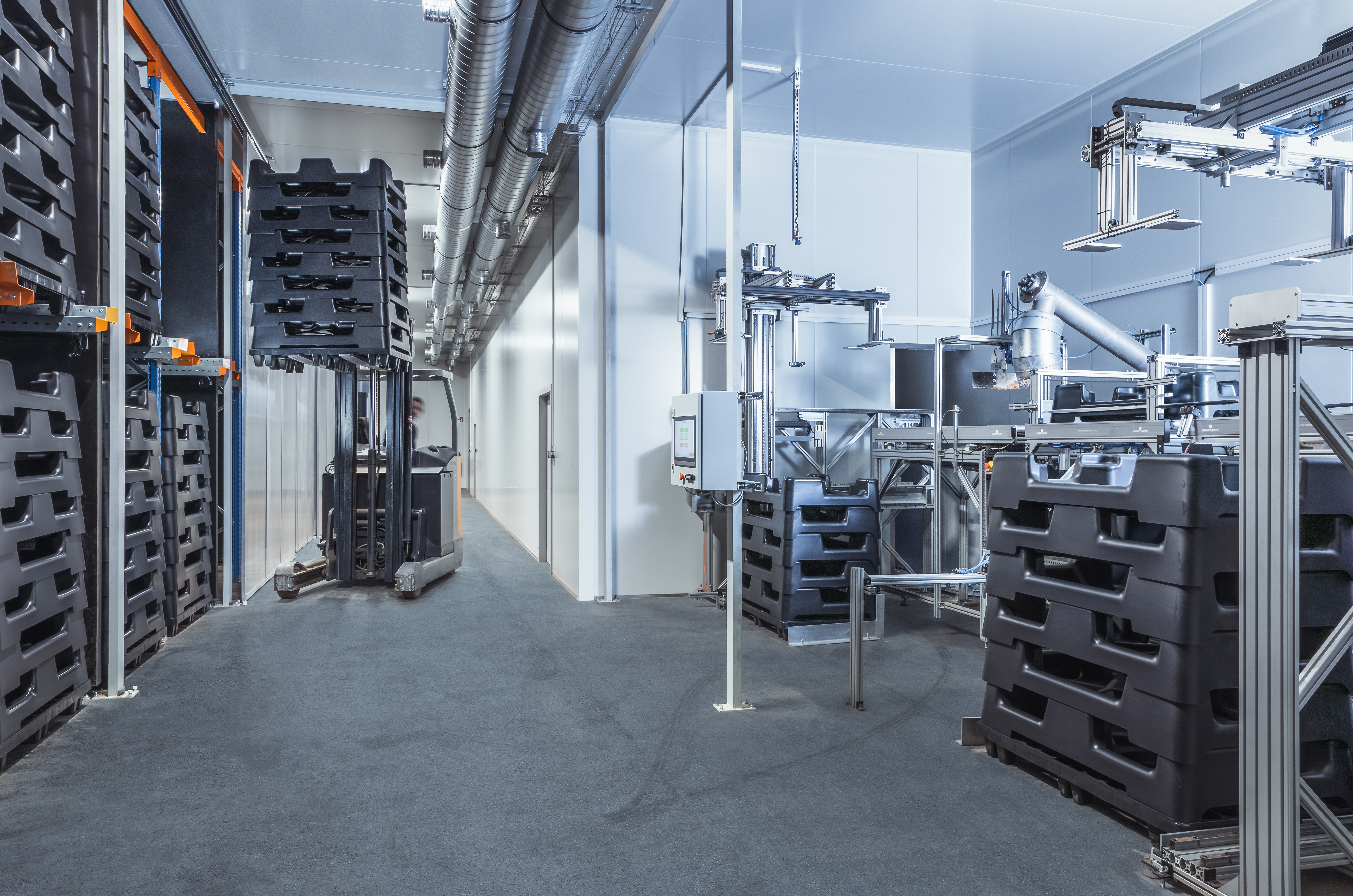 In a world of climate change-fueled food shortages, insect-based proteins are being viewed as an increasingly valuable potential alternative food service. Livin Farms has put insect larvae at the center of its own alternative protein play. The Vienna-based firm produces Hive Pro, a modular system designed to automate the process of rearing and processing black soldier flies.

It’s been about four years since I met with the company in Central Hong Kong. At the time, they showed me their meal worm Hive Explorer STEM kit, designed to educate kids on the process of farming — and the lifecycle of beetles. The company sent me home with a jar of dried mealworms for good measure. Texture was fine, but the whole thing would have benefited from more flavor.

The Hive Pro is a far larger, more industrialized system that feeds the larvae with food waste, uses robotic arms to move the trays and help rear the insets and ultimately turn them into powder. The rest of the trays, meanwhile, are used as fertilizer. Currently the SOSV-backed startup is piloting a 1,400-square-foot farm in Austria.

This week, Livin’ Farms announced a $5.8 million raise, adding to the $3.8 million seed funding. The Series A was led by Peter Luerssen, who notes in a press release, “Livin farms is on a mission to revolutionize the up-cycling of organic waste through their modular and automated insect factories and they are poised to become a major player in this fast-growing industry.”

Once you get past the initial squeamishness of eating powdered fly larvae, it’s easy to see how investors are interested in such a technology that effectively turns food waste back into food, through a fairly natural process.

“With our proprietary technology and biological know-how, our customers turn substantial losses on organic waste into highly attractive, additional income,” says founder and CEO Katharina Unger. “At the same time, our customers contribute massively to fixing the broken food system and therefore saving the planet.” She adds in a comment to TechCrunch, that the process takes around 11 days, at which point the larvae “will become half a ton of biomass plus half a ton of fertilizer.”