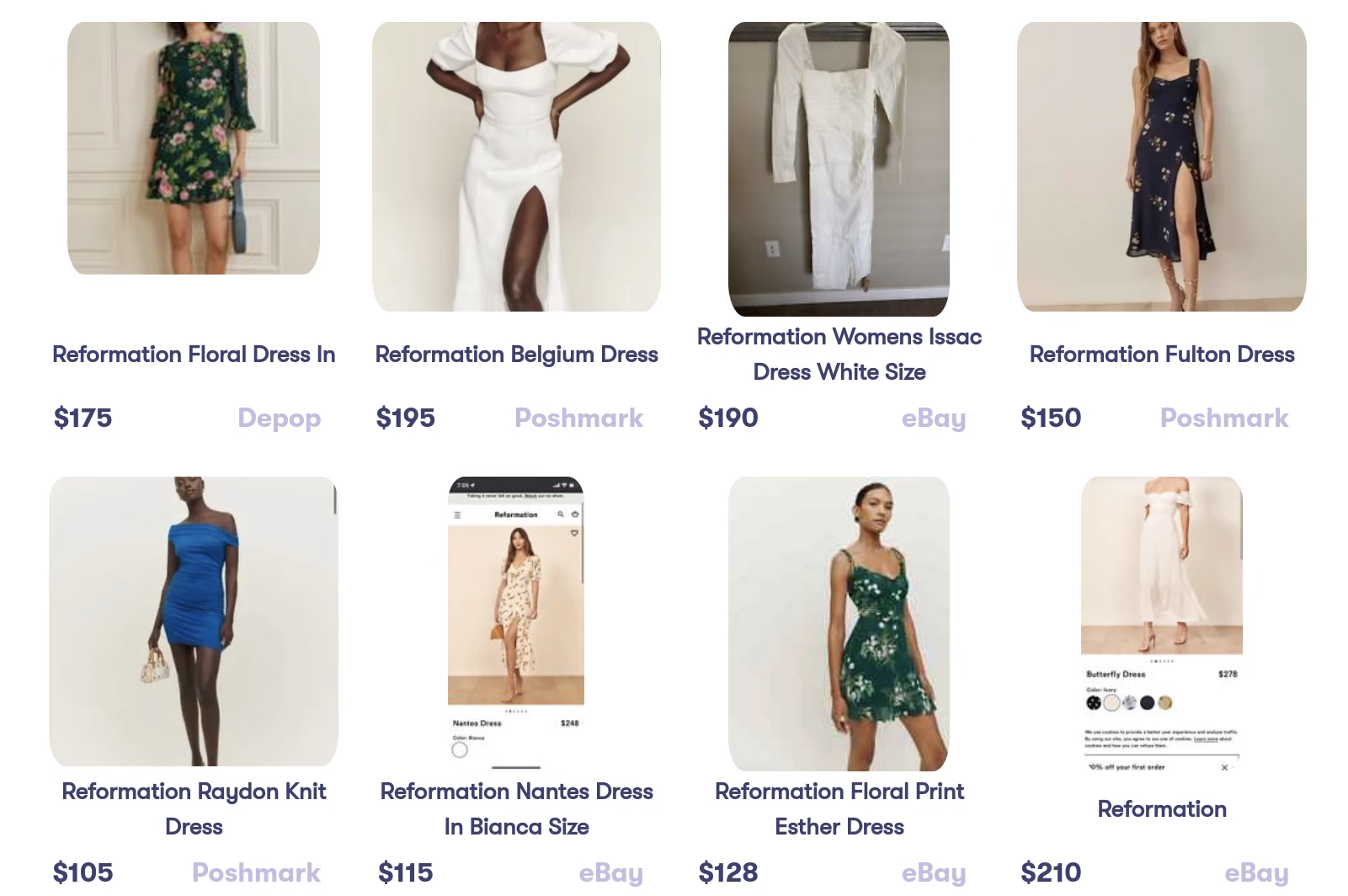 Samuel Spitz is a lover of secondhand clothing but found he was spending hours searching across dozens of resale sites to find certain items and coming up short.

“The market is very fragmented with all of the sites,” Spitz told TechCrunch. “And once I would get on a site, it was really hard to find what I wanted, plus you only see a fraction of what is actually there. Oftentimes what I was looking for wouldn’t be available right away, in my specific size or in my target price. I just keep searching, searching, searching every week, spending hours doing it because I love to find the deals.”

That’s when he got the idea of joining all of those secondhand listings together under one umbrella. In March 2021, he joined with fellow Rice University graduate Kunai Rai to start Gently, formerly Wearloom, in what Spitz referred to as “Amazon for secondhand,” which enables users to shop across sites, including Poshmark, Depop and eBay, from one place.

The company’s initial “technology” was a form that people could fill out that says the clothes they are looking for, and Spitz and Rai would manually compile the search results and respond via email. By the end of the first month, the pair was serving 500 to 600 people every day and it grew into the thousands in the second month.

When all of those manual searches became too much to keep up with, they started building the central platform for secondhand shopping online that Gently is today.

The company, now serving tens of thousands of users every day, partners with sites like eBay, ThredUp, Vestiaire Collective, Rebag, Grailed, GOAT, StockX and TheLuxuryCloset so that users can search, filter and get alerts from secondhand clothing sites. Gently makes a percentage of sales that it drives to those sites.

“It’s similar to how Kayak operates for travel,” Spitz said. “We also bring in new customers that may have never shopped with them before.”

In May, ThredUP reported in its 2022 Resale Report that the global secondhand apparel market was expected to grow 127% by 2026, which is three times faster than the overall global apparel market. In the U.S. alone, the secondhand market saw “record growth” of 32% in 2021 and was forecasted to more than double in the next four years to be valued at $82 billion.

In addition to those already listed, there are tons of marketplaces and startups working in this space, including Olive, Archive, Curtsy, Rebag and Treet, which all grabbed some venture capital funding in the past two years. Spitz considers his closest competitors to be Lyst and ShopStyle, which is a Rakuten brand.

Spitz expects to grow the number of everyday users to 1 million by 2024. He intends to deploy the new capital into technology development to improve search, launch SMS functionality and create a sizing function so users only have to input their size once. The company is also hiring additional people to join the six-person workforce and to expand from fashion into other categories, including furniture. He’s also eyeing a Series A in 2023.

“The reason most people don’t shop secondhand online is because it is super time-consuming and has a lot of friction,” he added. “We can help those companies drive more sales and get more people shopping.”

4 views on the future of retail and the shopping experience