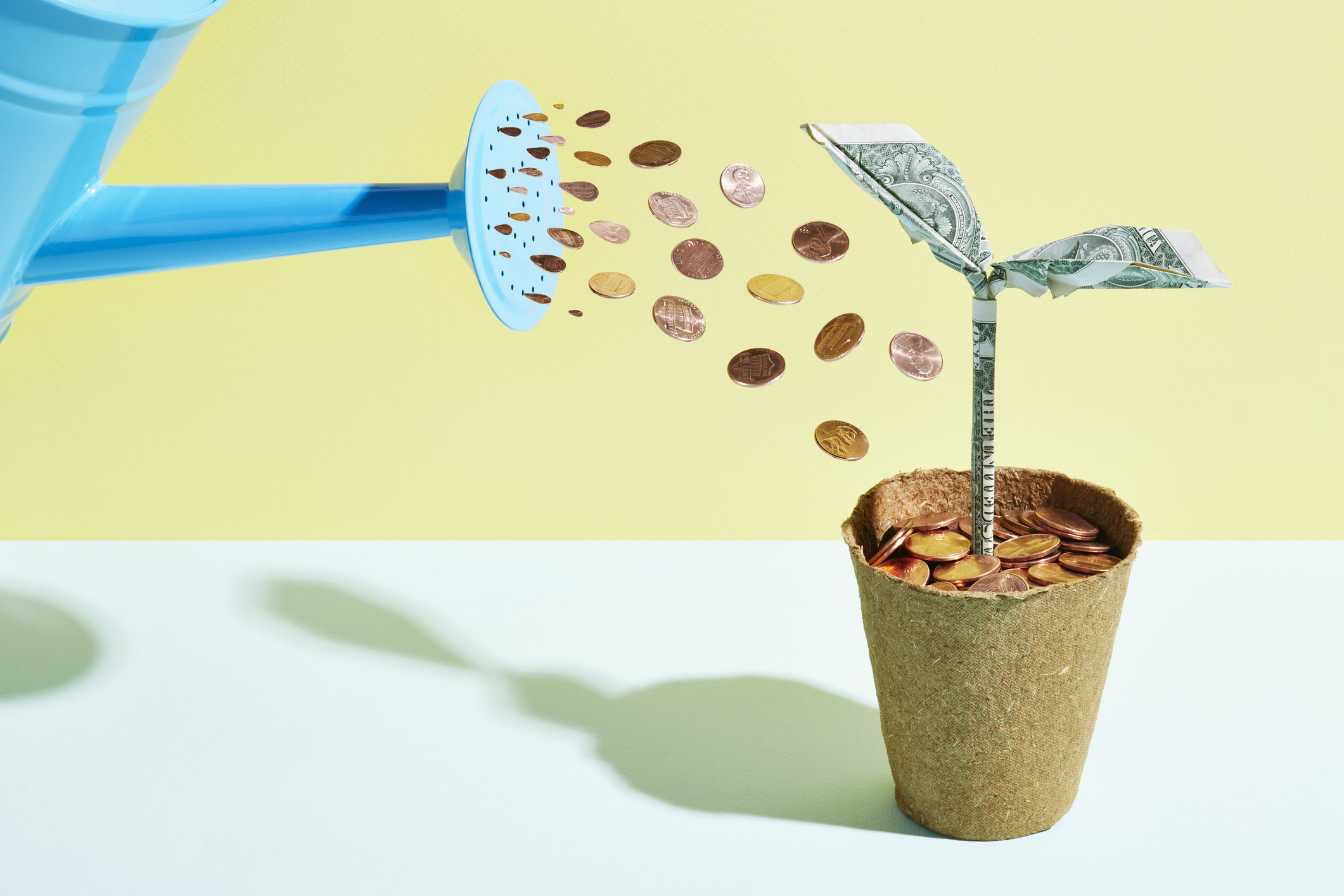 Welcome to The Interchange! If you received this in your inbox, thank you for signing up and your vote of confidence. If you’re reading this as a post on our site, sign up here so you can receive it directly in the future. Every week, I’ll take a look at the hottest fintech news of the previous week. This will include everything from funding rounds to trends to an analysis of a particular space to hot takes on a particular company or phenomenon. There’s a lot of fintech news out there and it’s my job to stay on top of it — and make sense of it — so you can stay in the know. — Mary Ann

Last week, I wrote four companies that had an insurance technology angle. One thing they all had in common? They each had a very specialized focus.

This is notable if you consider the fact that many general insurance technology companies have struggled over the past year. As my colleague Alex Wilhelm points out in Friday’s Equity podcast: Root has zeroed out value, and Metromile subsumed into Lemonade, which has lost most of its value. This led him, Natasha Mascarenhas and me to ask: Since broad-based consumer neo-insurance providers have failed to generate value, will the niche players do better?

While we don’t know the answer to that question, we do know that investors seem to be digging the niche insurtech players.

On September 19, I reported how Boundless Rider and CoverTree each raised millions of dollars to provide insurance for very specialized products. Boundless Rider was founded specifically to serve riders of motorcycles, e-bikes and power sport vehicles. In particular, the company sees huge potential in the e-bike market, which is expected to surge in the coming years. CoverTree’s only focus is on residents of prefab or manufactured homes.

“If it’s built in a factory — and this includes modular homes, tiny homes and ADUs — we help insure it,” former LinkedIn product manager Adarsh Rachmale told me in an interview. “And because we’re so focused, we do it so much better.”

Then, midweek, I covered Pie Insurance’s massive $315 million Series D raise. As I tweeted in 2021, the size of this round wouldn’t have turned heads. But in today’s environment, where investors are pulling back and venture funding has slowed considerably, a $315 million raise stands out. That company, too, has a very specialized focus: providing workers’ compensation insurance to small businesses. The Washington, D.C., company told me that in the first four months of 2022, it increased its annualized run rate premium (ARR) to nearly $300 million. It also more than doubled its gross written premium in the first quarter of 2022 compared to the same period in 2021.

And last but certainly not least, I wrote about how engineer Mark Shaw — who co-founded activity and fitness tracking app Strava and insurance software company Guidewire — raised $15 million for his latest venture: Inclined. Shaw’s third startup lends against whole life insurance policies, with the goal of digitizing “many of the traditional time-intensive operations” involved in the process.

“There’s a trillion dollars of cash value in whole life in the U.S alone,” co-founder Josh Wyss told TechCrunch. “We want to lean into this huge opportunity.”

The current whole life lending market today against that $1.1 trillion is $150 billion, and that’s Inclined’s initial focus. Wow. Who knew??

Connie Loizos reported that “Klarna, the 17-year-old Stockholm, Sweden–based buy now, pay later outfit” told employees on Monday in a video message from COO Camilla Giesecke that it is reducing staff again to “reflect” its new and “more focused nature.” Around 500 Klarna employees were “invited to watch Giesecke deliver the news, including in IT and recruiting, though Klarna tells us in a separate statement that the job cuts will impact fewer than 100 employees globally.”

From Carly Page: “Fintech startup Revolut has confirmed it was hit by a highly targeted cyberattack that allowed hackers to access the personal details of tens of thousands of customers. Revolut spokesperson Michael Bodansky told TechCrunch that an “unauthorized third party obtained access to the details of a small percentage (0.16%) of our customers for a short period of time.” Revolut discovered the malicious access late on September 11 and isolated the attack by the following morning.”

Manish Singh writes: “In just six years, UPI has become the most popular way Indians transact online. The mobile electronics payments system was used for over 6.57 billion transactions in the world’s second largest internet market last month. Now, it’s taking steps to supercharge its growth…The central bank is working to expand UPI to ‘several nations in Asia and the Middle East and other parts of the world,’ and is setting up an international subsidiary.”

From Anna Heim: “In 2021, we wondered whether Brazil could be in for an IPO bonanza. It hasn’t happened: Not only is Latin America’s largest economy going through the same IPO drought as the rest of the world, but also one of its highest-profile public listings, Nubank, is coming to a sudden end.”

From Alex Wilhelm: “In late 2020 and 2021, companies offering consumers savings, investing and trading products were hot shit. Coinbase, Robinhood, M1 and others grew rapidly; hell, startups were born and scaled that offered other companies the ability to bake services like equity trading into their platforms! We all know what happened next: 2022 brought a change in market conditions and consumer interest — or, perhaps, ability — to save, invest and trade declined. This led to Coinbase, to pick a well-known entity in the consumer fintech market, rapidly flipping from impressive profits to stiff losses in the space of a few quarters. Robinhood saw its market value fall sharply, and M1 laid off staff.” For a quick checkup on consumer fintech activity ahead of Q3 data, head here.

To get a more in-depth look at the state of the Earned Wage Access space, how it should be classified and where the money is going, Karan Bhasin spoke to a few active investors in the space. Read more here.

From Engadget: “You no longer need to live in the US to use Affirm’s buy-now-pay-later services for much of your online shopping. Affirm is expanding to Canada through a partnership with Amazon. Spend $50 or more at Amazon.ca and you can choose Affirm’s pay-over-time option at checkout to split the bill into monthly payments. As in the States, there aren’t any late fees or surprise charges. The payment option will be available within a month. The Canadian rollout comes roughly two years after Affirm bought local equivalent PayBright — this is effectively a rebranding. Affirm serves Australia as well, but only for people buying Peloton exercise equipment.”

From Robinhood’s blog: “Today we’re introducing a new Robinhood Gold benefit that enables members to earn 3% interest on their brokerage cash — up from 1.5% for non-Gold members. With the new interest rate, Gold customers can now earn even more income on their uninvested cash while they plan their next move and collect 23x more in interest when compared to the national average savings rate. The added benefit comes on the heels of the Fed rate hike earlier this week.”

HR startup Rippling announced last week that it was branching out into fintech by getting into the increasingly crowded spend management space. In a blog post, product lead Rishab Hegde announced the launch of the company’s new offering, which includes corporate cards, expense management, and bill pay. The company is banking on the fact that since Rippling’s spend management product is tied to a company’s HR system and employee data, it gives the business a way to “view and manage” all of its monthly cash burn “in one place.”

From PYMNTS: “Finance super app for businesses Flexbase is now offering B2B merchants a buy now, pay later (BNPL) solution called Flexbase Pay. With this product, merchants can get paid immediately while also giving their business customers the option to get 60 days of interest-free financing…In practice, merchants need only add a ‘Pay in 60 days with Flexbase’ button to their checkout to enable the Flexbase Pay option, and then Flexbase handles the underwriting process and offers the merchants’ customers financing within five minutes.”

The Information reports that while “Stripe founders John and Patrick Collison have indicated the payments software pioneer, valued in its last fundraising at $95 billion, is in no rush to go public…a new listing could solve one looming problem for the 13-year-old startup: Stock awards to some of its earliest employees face a deadline next year…If those original Stripe employees exercise the options before they expire, they’ll need to come up with cash to pay a steep tax bill based on the private value of Stripe’s shares. Stripe could arrange for another secondary offering to buy these loyal employees’ private stock, money the employees could then use towards their tax bills. Alternatively, an initial public offering or direct listing would allow staff — as well as Stripe’s investors — to cash out.”

Jeff Bezos–backed Chipper Cash, a cross-border payments app used by over 5 million people throughout Africa and its diaspora, announced a partnership with card issuance platform Highnote. The companies said in a news release that the new service will give U.S.-based Chipper Cash customers a way “to access their digital wallets to make transactions in the US and abroad that require a card payment, such as e-commerce purchases.”

Stash, which has built an investing and banking app with over 2 million customers and nearly $3 billion in assets under management, says it has launched a new product called Stash Core, which it describes as a “new, proprietary infrastructure platform that underpins the service for Americans who bank like investors.”

Remofirst raises $14.1M to make it cheaper and easier for businesses to hire remote workers globally

A Little About Me

Did you know that The Interchange was cited as “Recommended Reading” in a recent Financial Times newsletter? I was psyched by the mention!

I was a guest on the One Vision podcast! I chatted with Unconventional Ventures’ Bradley Leimer about how I view the current fintech landscape and how I approach “the craft and responsibility of reporting the changing face of technology.” To listen to the episode, click here.

To learn a little more about me, check out this MuckRack Q&A, where I talk about everything from what I look for when considering pitches to some random personal facts.

Also, a point of clarification: While crypto arguably falls under the “fintech” umbrella, we have a team of writers (Anita Ramaswamy, Lucas Matney and Jacquelyn Melnik) who are more focused on crypto, whereas I am more focused on fintech other than crypto. In other words, send your crypto pitches their way, not mine! Oh, and TC has a crypto newsletter as well! Sign up here to get Chain Reaction in your inboxes.

And that’s all for this week. Thank you for your support in reading, and sharing, this newsletter. I know there are many fintech newsletters out there, so I’m honored that you’ve chosen to read mine. Until next time…xoxoxo Mary Ann