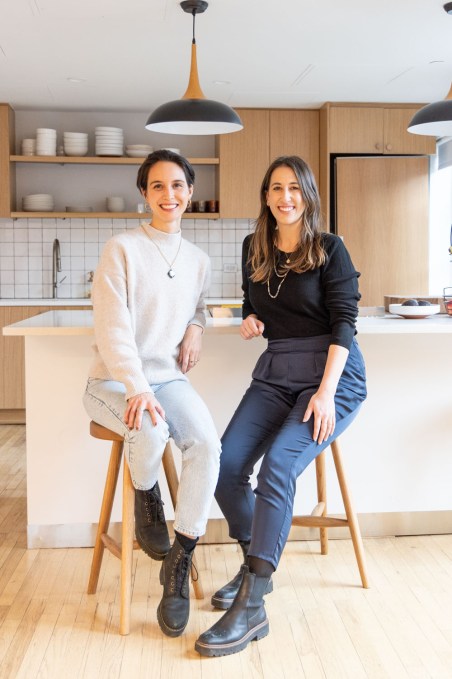 The online meal kit delivery market is poised to be a $7 billion industry by the end of this year, and then triple in the next five years. That has attracted venture capitalists’ attention and led to some recent cash infusions, including Shef and WoodSpoon for homemade items, and Little Spoon and Serenity Kids in the baby food arena.

One of the companies that jumped into this category early was Splendid Spoon, a meal delivery service specializing in ready-made plant-based soups, bowls and smoothies. Nicole Centeno founded the company in 2013. At that time, she was a busy mom and in a demanding job that impeded her ability to eat as healthy as she would have liked.

She began going to culinary school and created a line of vegan, non-GMO, gluten-free organic soups and smoothies that required no meal prep or cooking. After selling the food at markets in Brooklyn, she hooked up with wholesale to supply Fresh Direct with her products, and that rolled out nationally in 2015.

Since that time, Centeno and her team built a direct-to-consumer subscription-based model and hired co-CEO Elise Densborn, who had been one of the company’s early loyal customers, in 2018.

“We have focused the business, for the last three years, on what we call ‘the muscle’ or ‘the brawn of a food tech business,’ which is the food product itself and making sure that we have all the pieces in place to get it to our food tasting as amazing as possible and delivering on that promise of fresh food that is also great for you,” Centeno added.

Today, the company delivers to every state in the continental U.S., has more than 50 plant-based items, the ability for customers to shop on-demand without signing up for a subscription, doubled its growth rate since 2020 and has over 20,000 subscribers to date.

Oh, and it recently secured $12 million in Series B funding. The round was led by Nicoya with participation from Danone Manifesto Ventures, Torch Capital, Reddit co-founder Alexis Ohanian, Rent the Runway co-founder Jennifer Fleiss and Ashok and Meera Vasudevan, founders of Tasty Bite. Both Torch and Ohanian invested in previous rounds. Centeno did not disclose the company’s total funding, which includes an undisclosed Series A in 2018.

All of that shift in consumer behavior of wanting to take back control of their health and demand for easy ways to do this were two of the drivers for Splendid Spoon’s latest capital infusion.

“Health is really the driving force for our consumer,” Centeno said. “There’s some scary stats out there that you’ve probably heard about, like the CDC study that revealed only one in 10 Americans are actually getting their servings of vegetables. Now, 85% of Americans are actually trying to eat healthier. We really believe that the meal delivery space is a symptom of people trying to take health back into their own hands.The pandemic really accelerated the trial in direct-to-consumer and allowed folks to say, ‘Hey, is this one step easier to get these meals delivered to my house?’ and the answer has been yes.”

Centeno and Densborn plan to use the new funding to scale the company’s core product line and also add new products, categories and meal programs. For most of its existence, Splendid Spoon was working with what Densborn called a “small, but mighty team,” so hiring will also be a priority.

The company has 34 people currently, which is up from 15 at the beginning of 2021. Just to show how mighty the small team actually is, for every dollar invested in Splendid Spoon in recent years, the company generated $15 in revenue, Densborn added. Overall, it has been growing at an average of 100% year over year.

In addition to focusing on its team, next up for the company is to look at its strategy development and go-to-market strategy for trial opportunities for supplements, other foods and different channels beyond direct-to-consumer.

“We think we’re just scratching the surface,” Centeno said. “There’s a lot of creation to happen over the next 12 months.”