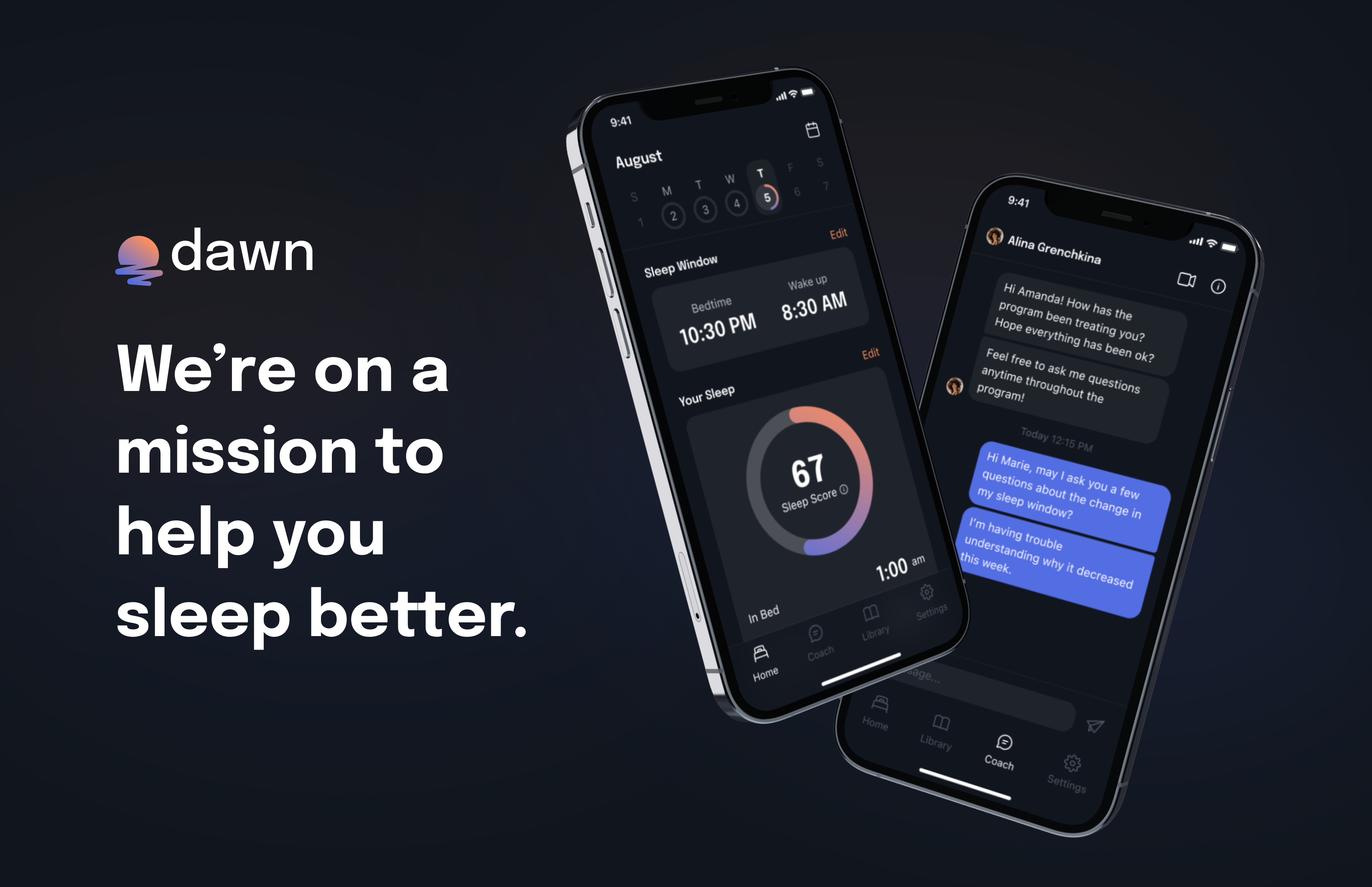 As we head full throttle into a new year, the continued state of uncertainty is enough to make anyone have some sleepless nights.

For those whose insomnia has taken over, Dawn Health, an insomnia treatment startup, wants to put you back in control over your sleep. The company was founded last year by Rahul Shivkumar, previously a product engineer with Intercom and Microsoft; Andreas Meistad, a cognitive behavioral therapist; and Varun Krishnamurthy, previously a software engineer at Yahoo.

Shivkumar knows about insomnia firsthand — he had horrible sleeping problems and became addicted to medication that was supposed to help after they began to lose effectiveness.

For Shivkumar, getting off of the sleeping pills took six months. Then he tried all of the usual suspects to get to sleep, like meditation, but found some of the popular apps out there were good for the occasional sleeping problem, but not as effective for clinical insomnia.

That’s when he came across cognitive behavioral therapy (CBT) for insomnia, a method of care that guides you to identify the thoughts and behaviors that cause sleeping problems or make them worse, and replace them with habits that lead to going to sleep and staying asleep.

“I went through a 12-week session, and although it cost $300 per session, it was worth it because the ROI is that I sleep well now,” Shivkumar said. “That was the inspiration for starting the company.”

Shivkumar and his team started the company in mid-2020 and have harnessed CBT for insomnia into the Dawn Health app that he dubs “the new standard of care for insomnia treatment.”

The mobile app, which is priced at $60 a month, offers evidence-based therapy, based on Meistad’s work, integrated with a sleep tracker. Users are paired with a sleep coach that is trained by Dawn Health’s therapists and have access to a chat function and personalized daily lesson plans.

Dawn Health has treated over 100 patients so far, including some of the tech scene’s who’s who, like OpenAI CEO Sam Atlman, Twitch co-founder Kevin Lin and Galaxy Digital co-founder Sam Englebardt. Shivkumar said early data shows that 80% of people who went through the program hit a point with their insomnia that they were no longer relying on medication, alcohol or marijuana for help.

Now that the company has users under its belt and an iOS app, it is in growth mode and building clinical evidence from research studies that will be important for continuing the standard of care.

To do that Dawn Health raised $1.8 million in a pre-seed round, led by Kindred Ventures, with OnDeck’s Runway Fund and individual investors including Lin, Segment co-founder Ilya Volodarsky and Intercom co-founder Eoghan McCabe. That growth will also include expanding the team and rolling out new products.

With the popularity of wearables (Oura Ring, Zeit and Google’s Nest Hub), other sleep tracking apps (Aura), and smart mattresses (Eight Sleep) — many of whom attracted recent venture capital attention — Dawn Health is joining an increasingly crowded space carving out a piece of the sleep market that is estimated to reach $137 billion by 2026.

“So much of healthcare costs can be summed up by sleeping badly,” Shivkumar said. “Over the long term, there will be real benefits, especially if we can prevent Alzheimer’s and other disorders that data from companies, like Oura, have put out there. If we can fix this earlier in life or prevent sleeping problems altogether, there will be significant health and cost savings.”