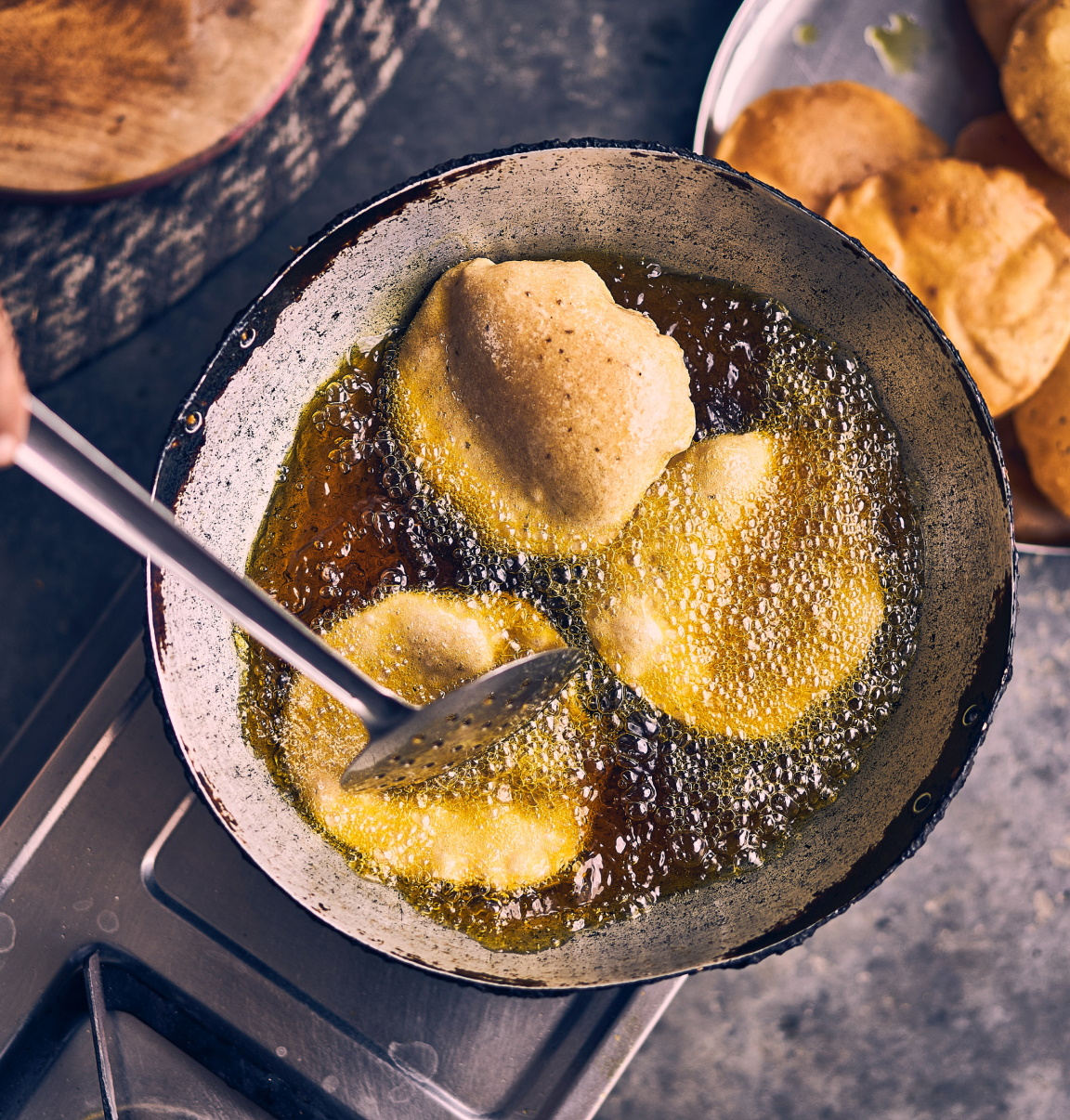 Vegetable oils like canola and palm oil have become a major part of our diet, whether we like it or not, and while they’re useful substances, they’re not exactly good for you and are a major cause of deforestation. Zero Acre Farms is a new company aiming to provide a improved alternative, produced by microorganisms and fermentation, and just raised $37M to do it.

The use of oils in cooking is not new, but the amounts we’re consuming are. Certainly we have for centuries used oily foods like olives, avocados, and dairy to provide fats and cooking utility. But the innovation of crushing a cup of oil out of a hundred ears of corn, or an equivalent amount of soy, sunflower seeds, etc has changed the equation.

Like other processed foods, vegetable oils are useful, portable, and convenient but rarely good for you. It’s not going to hurt you to use a teaspoon to grease a pan or a tablespoon in a cookie recipe, but these oils have become pervasive, amounting to a significant fraction (as much as 1/5) of the calories we eat. Go to your fridge, your snack drawer, or a fast food restaurant and you’ll find vegetable oils everywhere, and not as the last ingredient.

Not only is it bad for you, but it is made in such large quantities, and using such wasteful processes, that it’s a major cause of deforestation in tropical areas, where soy, palm, and other oil crops grow. And cooking with it can release harmful fumes as well! The point is: vegetable oil isn’t may not be napalm, but is isn’t great, and a healthier and less resource-intensive alternative would be welcome.

Zero Acre is working on just that, a brand new oil that’s equally “natural” but healthier and more eco-friendly. It’s done via fermentation, essentially feeding microbes and then harvesting what they put out.

“It’s like making beer but instead of producing ethanol, the microbes produce oil and fat — and a lot of it,” said CEO and co-founder Jeff Nobs. “It’s what they like to do, and they’re good at it.”

Fermentation is of course a well known and frequently used process across many industries. Microorganisms are like little factories with an input (usually sugars and other basic nutrients) and an output that is determined by either the critter’s natural inclinations or through genetic manipulation. Yeast used in baking, for instance, produces carbon dioxide and ethanol, the former in quantities large enough to puff up the dough. But a genetically modified yeast might produce a more complex biomolecule, like a new drug.

In this case the microbes have been selected for their ability to store energy as fats and oils. “It’s what they like to do, and they’re good at it,” Nobbs said.

They’re not the first to attempt this. C16 Biosciences (which we noted in Y Combinator’s Summer ’18 batch) is attempting to replicate palm oil via fermentation, and Xylome is trying to find alternatives to current biofuel production techniques. Synthetic biology, as it’s called when microbes are tuned to a specific purpose, is increasingly viable as the biotech infrastructure supporting it advances.

In Zero Acre’s case, they’ve tried to to make it easy on themselves to get to market. Going up against Big Corn and Big Palm (for lack of better monikers) is a difficult proposition. Instead, the company is aiming at consumers who try to be ethical purchasers at the grocery store. Organic eggs, fair trade coffee, things like that. The price will be higher, but Nobbs was careful to note that they’re not just leaning on the social good aspect.

“We’re not creating a synthetic oil that’s ‘only’ better for the environment,” he said. “It’s a new category of oils and fats, we can make compositions that are more suitable for food and better for people.” But he added that unlike some substitutes, it doesn’t need any recipe modification or the like. “It’s a 1:1 replacement, not like using almond flour instead of wheat flour — you just use it instead of whatever product.”

Not only that, but it won’t produce weird fumes at high temperatures (he pointed out that no plant or animal has had reason to evolve biomolecules that survive 500-degree heat), and that the taste is actually cleaner due to not requiring the kind of processing and flavor masking other oils do.

But why, if there are so many advantages to such a synthetic, haven’t other companies with more resources attempted this before now?

“If you’re a big incumbent, this seems really small,” Nobbs explained. Oils aren’t just at the grocery store — they’re sold by the thousand-gallon tank to fast food chains or producers who need it as a basic ingredient. High-end cooking oil for home use is a rounding error to the biggest sources of oil. Besides, he continued, “Our message is vegetable oil is bad. They can’t say that — they’re not going to shoot themselves in the foot economically like that.”

More pertinent to Zero Acre’s approach, there have been some recent advances on the technical side.

“There are a bunch of knobs and levers in the fermentation process: what’s the temperature, what’s the pH, how much oxygen are they given, what are they fed… as my co-founder jokes, what kind of music you’re playing in the lab,” Nobbs said. “Little things can have a big effect. We have a whole platform around finding those optimal parameters. There’s still a lot of research to be done, but we’ve had some breakthroughs, and I think we’re working with the world’s best organisms for this.”

Due to the relative simplicity of the production process compared with precision fermentation for more exotic molecules, the company has already scaled the manufacturing process to “thousands and thousands of liters,” and plans to make its consumer debut later this year. They weren’t ready to reveal the final branding and packaging — that will be closer to the actual launch.

The $37M A round, which will go towards continued research and the rigors of a commercial launch, was led by Lowercarbon Capital and Fifty Years, with participation S2G Ventures, Virgin Group, Collaborative Fund, Robert Downey Jr.’s FootPrint Coalition Ventures, and Chef Dan Barber.