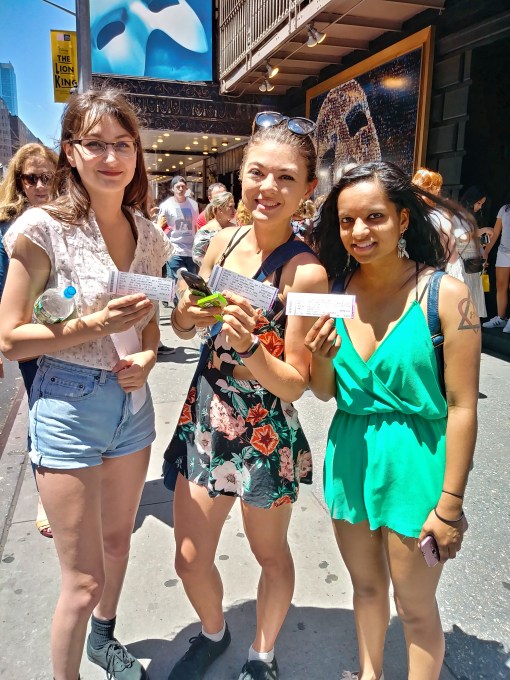 Though the Covid-19 pandemic almost immediately devasted the business of travel booking startup Headout, the company has been able to return to growth as domestic travel rebounded in recent months. The service, which helps consumers book tours, events, and other experiences and activities in cities around the world, delivered 800% growth since January 2021 by catering to domestic travel and local demand, as opposed to international. By July, the startup became EBITDA profitable. And last fall, it closed on $12 million in Series B funding. Now its existing investors have returned to add more capital to Headout’s latest round.

Headout’s new $30 million round was led by prior investor Glade Brook Capital, a firm that’s backed other marketplaces like Airbnb, Uber and Instacart. It’s joined by existing investors Nexus Venture Partners, FJ Labs, and 500 Startups, among others.

“We were not actively raising,” notes Headout co-founder and CEO Varun Khona. “Glade Brook, an investor since September, saw the continued growth that we’ve had and wanted to double down on our investment,” he explains. As a result, Headout received a few more inbound requests, too, and, decided to close on the additional funds. “The terms that were offered and the alignment that we had with them on the long-term vision was so good that it was just very hard to say no,” Khona added.

The company, at this point, has survived challenges that could have otherwise ruined its business.

As Khona said at the time of the original close on the Series B, Headout’s “business went from doing $250 million+ to negligible scale in a matter of weeks,” during the early days of the pandemic. But instead of closing up shop, the startup pivoted to focus more on domestic travel, catering to people looking to explore their own cities or those nearby. Today, domestic travel accounts for nearly 80% of its business — a flip from its pre-pandemic days.

And now, Headout has successfully navigated the Omicron surge, too.

By November 2021, the company had seen about 10x growth compared with the beginning of the year, Khona told TechCrunch. But that growth slowed in December and January as Omicron spread. Over the past few weeks, however, Headout’s business ramped up yet again as the latest Covid variant began to peak.

Counterintuitively, perhaps, the pandemic no longer fully quells demand for travel experiences, the founder notes. Sometimes, it even inspires it.

“People are sitting on additional cash — and they’re not able to travel internationally — but the desire to travel, to see things, and to do things is as high as it has ever been,” says Khona. “In fact, in some ways, we are noticing that the consumer sentiment or desire to want to spend money and time or experiences is even higher post-Covid,” he shares. “We are now a little bit more aware of the limitations of what life could look like if the things that we love are taken away from us, both in terms of time and access.”

Headout won’t detail its monthly active users, revenue run rate or valuation — it’s just “high hundreds of millions,” Khona says. However, the company will disclose that, so far, 10 million people from over 190 countries have now booked an experience on its platform.

Today, Headout’s marketplace offers travel experience bookings in 50 cities worldwide. It generates revenue by working directly with local service providers to digitize their offerings and provide support for last-minute bookings, priced dynamically. Headout takes a commission on the bookings and is dabbling with the idea of a subscription, which it’s now piloting.

Its customers tend to be young couples or families, as the average booking size is either two to three persons. They also tend to be city-dwellers, fairly educated, and love to travel, of course.

With the additional funds, the startup aims to rapidly grow its business. It plans to expand its service to 500 cities in the next 24 months. And in the near term, Headout will grow its 150-person team by another 200 to 250+ people over the next couple of months by hiring across all roles.

Khona also sees an opportunity in growing the team via acquisitions, noting that there were a lot of travel and entertainment startups out there that didn’t have the capital to survive the pandemic, but have a lot of great talent.

“We’re very keen to look at that and we already are in conversations,” he hints.

On the product side, Headout will use some of the capital to improve the experience both for its partners and consumers. For the former, it’s working on better ways to push out last-minute inventory and tools that would allow a tour to showcase the current live location of the guide for those who wanted to join late, for example. And for Headout users, the company is working on discovery improvements it’s not yet ready to detail.

Despite the planned growth in the months ahead, Khona doesn’t expect to lose much of the new capital.