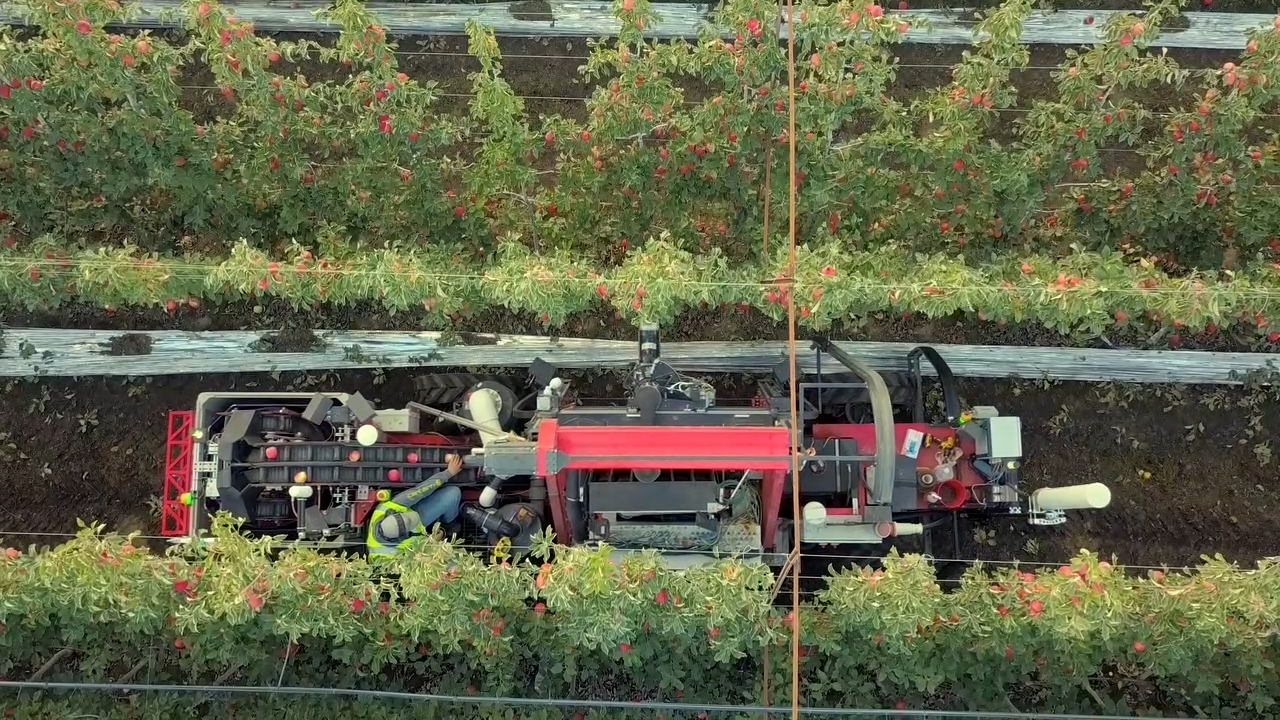 Last summer, Hayward-based Abundant Robotics abruptly closed up shop. Plenty of startups fail, a phenomenon that certainly applies in the notoriously difficult world of robotics. But the pandemic has proven a boon for robotics funding, particularly in fields like agriculture, where employees continue to have difficulty filling roles, two years in.

Clearly Wavemaker Labs saw potential in the firm’s apple-picking technology. In October, the investment firm involved in robotics startups like Miso and Future Acres purchased Abundant’s IP. We noted at the time it seemed the company was likely to integrate the tech into the latter, but now it seems Wavemaker is getting ready to relaunch the Abundant brand.

Buck Jordan, who founded both Miso and Wavemaker (as well as holding the CEO role at both) now holds the CEO role at the newly resurrected Abundance. Piestro co-founder and Miso/Wavemaker CFO Kevin Morris has the latter position at the new company, as well. The pair say they are “working with industry leaders to build out the rest of the executive team.”

With those pieces roughly in place, the next step is funding — specifically equity crowdfunding. The firm is talking to WAX to launch a $20 million seed campaign. The firm says funding from the campaign — which runs through October — would be used to build a new apple harvesting robot around Abundant’s existing IP.

“If we raise the maximum amount set out in our ‘Use of Proceeds,’ the extensive acquired product development efforts will allow our team of roboticists and engineering experts to build a fully functioning prototype for demos and pilots, then start production on a minimally viable product for commercial pre-orders,” Jordan tells TechCrunch. “In addition, we would anticipate not needing to raise additional capital for the business as this funding would allow us to capitalize on market traction and corporate partnerships with the execution of our product plan.”

The firm clearly sees value in the Abundant branding, as well. While it ultimately failed to find its market fit, the six-year-old firm attracted a reasonably high profile in the burgeoning agtech robotics category — along with around $12 million in funding. This new version of the company seeks to launch with a seed round nearly doubling what the company raised through its Series A. If that all goes according to plan, it’s a pretty healthy runway when coupled with the cache of IP Wavemaker purchased last year.

“We saw great value in the breakthrough technology Abundant Robotics had developed so far, including its computer vision and machine learning applications; however, the protype was overly engineered and expensive to produce,” says Jordan. “Using the acquired IP, software product and a proven team that knows how to bring products to market at a cost that makes sense, we will use the funds to re-engineer a fully functioning prototype at a fraction of the current build cost, as well as to conduct business development and fundraising efforts.”