Home » News & Trends » Whose Your Landlord raises $2.1M for its rental review and data service 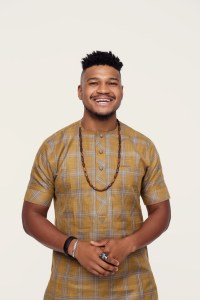 Whose Your Landlord raises $2.1M for its rental review and data service

Whose Your Landlord,1 or WYL, announced a $2.1 million seed round today led by Black Operator Ventures, better known as BlackOps Ventures. TechCrunch readers will already be aware of BlackOps’ fund, which we covered at launch last December. The goal behind the $13 million capital pool was to invest in Black founders. The WYL round indicates that the fund is living up to its plan.

TechCrunch spoke with Ofo Ezeugwu, founder and CEO of WYL, about his company and its new investment. Per Ezeugwu, WYL was founded back in 2015 and raised $1.1 million over a roughly seven-year period. Launched with a focus on collecting renter notes concerning landlord and building quality, the company has evolved to include a SaaS service for what WYL calls “home providers,” or the folks who own buildings and other rental units.

In simple terms, WYL collects renter feedback, which is easy to find and digest on its website. For rental owners with a good number of units, they can pay for the collected information, allowing landlords to track how they are performing with their customers, how many of their current tenants intend to stay, and so forth.

The startup charges building owners $2 per unit, per month for its software, a figure that Ezeugwu said can be discounted for larger contract volumes. The startup has plans to expand its feature set, naturally, allowing it to charge more in time. An example the CEO provided during our chat was using natural language processing (NLP) to find trends in written reviews, which could help companies with hundreds of units better parse incoming feedback.

Before it launched its software product, WYL generated revenue through brand partnerships with companies like Allstate and others that sell to folks who rent. Presumably, the company can continue that work to supplement its software incomes, though we anticipate that WYL will become a majority software business in time — if it isn’t already — from a revenue perspective.

The idea of underestimated founders is bandied about in startup land pretty often. And yet if we rifled through the latest few hundred funding rounds, you might wind up wondering if anything has changed at all.

Black Ops co-founder James Norman told TechCrunch about his own fundraising journey for his company, Pilot.ly, when explaining the impetus behind his venture group. In Norman’s view, Black founders are underinvested in, which means that his firm may have access to deal flow that competing venture firms are overlooking and that the founders he wanted to invest in are “the biggest arbitrage opportunity to tech.”

Now flush with its largest investment to date and a software product in-market — after running pilots for the SaaS offering last year, WYL has onboarded 7,000 units, the CEO said — the startup intends to hire and keep building. Let’s see how quickly it can scale its software incomes. If that goes according to plan, it shouldn’t have to wait another seven years for external investor interest to manifest in the form of a seven-figure check.

The startup uses the “possessive form of the word ‘who’,” it writes on its website, because it wants its “community [to have] ownership of their living situations by putting housing in their hands.” Sharing that clarification in case some of you were about to send me emails about the grammar I used!