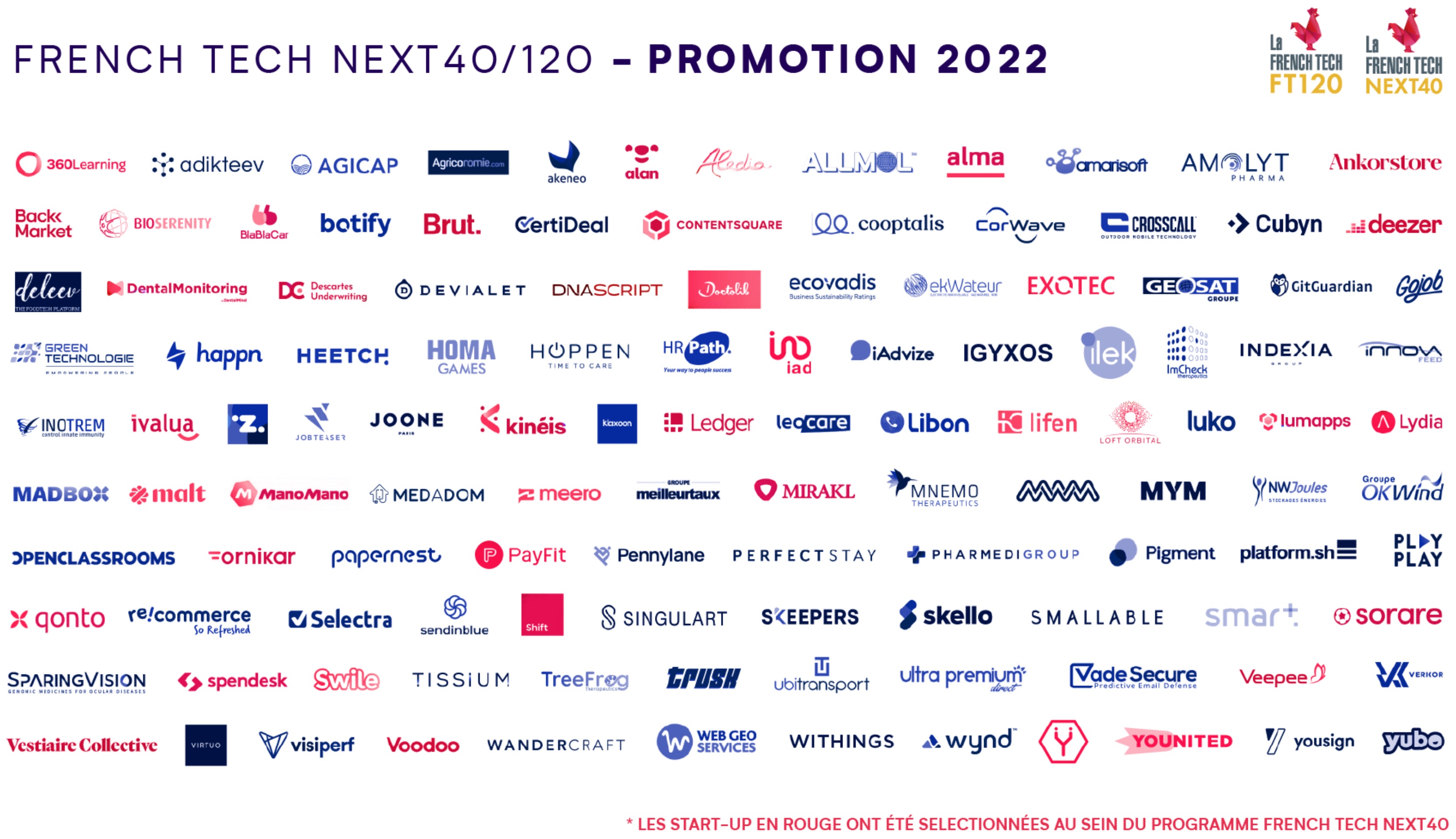 These are the biggest French startups according to the French government

Every year, the French government and the government-backed initiative La French Tech shares two startup rankings — the Next40 and the French Tech 120. The startups on these lists are supposed to be respectively the top 40 and top 120 top-performing startups based in France.

This is the third time the French government puts together these lists. Out of the 120 startups in the French Tech 120, 84 of them are still in this year’s index. 36 of them are appearing on the list for the first time.

Two of them were in the Next40 last year and don’t appear this year because of a public offering — OVHcloud and Believe.

There are two ways to get accepted in the Next40:

As for the remaining 80 startups in the French Tech 120:

40 of them have raised more than €20 million in a funding round over the past three years.
40 of them are selected based on the annual turnover and growth rate.

Of course, those indexes are limited to private French companies working in the innovation sector. For the French Tech 120, there are at least two startups per administrative region.

2021 has been a blockbuster year for tech funding around the globe — and that’s true for France as well. “Today, you have to raise at least €50 million to be in the Next40,” France’s digital minister Cédric O said in a press conference. In 2017, French startups collectively raised €2.5 billion. In 2021, they raised close to €12 billion.

There have been some consolidation as well. In recent weeks, Doctolib acquired Tanker, Luko also acquired its German competitor Coya, but also Frichti was acquired by Berlin-based startup Gorillas.

“I wanted to quickly remind everyone what the Next40 and French Tech 120 are. Many think that it’s a ranking. Of coure it’s a ranking and you can be proud to be part of it,” La French Tech director Clara Chappaz said.

“But in addition to the ranking element, it’s a support program. There are a few members of the French Tech mission today who act as startup managers. They support startups like Back Market and all the companies that you can see here to facilitate interactions with public administrations on all sorts of issues,” she added.

There’s a French Tech representative in 60 different administrations. They try to help startups when it comes to obtaining visas for foreign employees, getting a certification or a patent, selling a product to a public administration, etc.

One thing stands out though. Like in previous years, the French government thinks tech startups should do more when it comes to diversity and inclusion.

While there are now 14 female founders in the French Tech 120 instead of 7, “we have to do more when it comes to promoting women in the ecosystem,” Cédric O said.

And because there’s a presidential election coming up, Cédric O also listed some of the policy changes that have helped startups over the past five years.

Last year, the French Government also shared the Green20, a program dedicated to greentech startups as it usually takes more time to raise a lot of money or generate a lot of revenue when you’re a greentech startup. The government didn’t mention this specific program in its press conference.

With 26 startups reaching unicorn status, the French tech ecosystem has been doing particularly well lately. But if you take a step back, last year, the number of unicorns around the world jumped from 569 to 959 unicorns.

These two metrics prove that the tech industry is becoming more and more important in the economy as a whole, and that it’s a global competition. Some French startups are on the right path to become European or global leaders in their respective vertical. And it’s going to be interesting to see who is going to turn a local success into a global one.