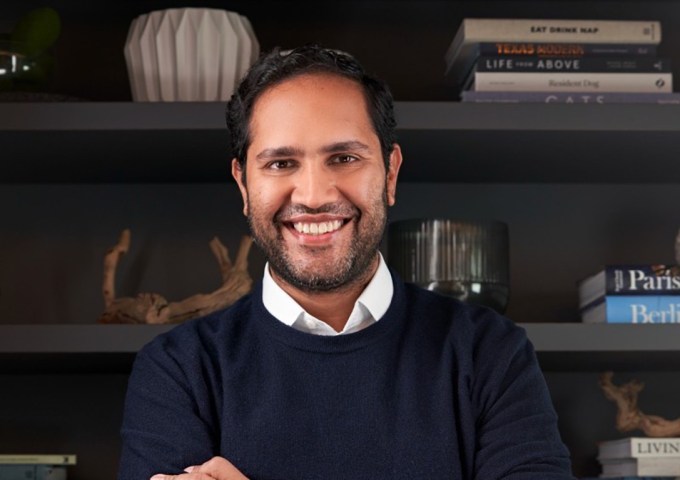 Welcome to my new weekly fintech-focused column. It’s an incredible time to be a financial technology journalist. Besides the fact that over 20% of all venture dollars last year went into fintech startups, I am particularly excited about the many ways that this technology is helping boost inclusion all over the world. While this pandemic has sucked on 100 different levels, one good thing to have come out of it is that consumers and businesses have forced more fintech to exist, and that’s a good thing.

I’ll be publishing this every Sunday, so in between posts, be sure to listen to the Equity podcast and hear Alex Wilhelm, Natasha Mascarenhas and I riff on all things startups!

There has been plenty of drama at online mortgage lender Better.com over the last couple of months and it appears that just because its infamous CEO Vishal Garg is back at the helm, there is still no shortage of controversy surrounding the company. Earlier this week, Axios’ Dan Primack revealed that investor SoftBank, “in its apparent zeal to back the company,” promised to give Garg the 1.9% voting rights tied to its original investment, “contingent on the final settlement of certain legal proceedings (which has not yet occurred).” For those who haven’t been following this saga, Garg has received a ton of negative press for his unfeeling way of laying off 900 people over Zoom, berating his own investors over email and accusing employees of being “lazy” and “dumb dolphins.”

We’ve all been wondering how this man can still be running the show and perhaps SoftBank’s conditions help explain it. Meanwhile, one former staffer tells me that Better employees are so upset that Garg is back, that they are leaving the company in droves. Reportedly, employees at every level – from loan officers to senior executives (some of whom are believed to be leaving potentially millions of dollars in equity on the table). As the employee told me, “It’s an astonishing fall from grace. It would not be a stretch to say that the top talent and hundreds from every department have fled in the wake of Zoomgate.”

But that’s not all. Now that Garg is back, he is apparently paranoid about things being leaked to the media and according to one employee, he and the rest of the execs still there “have put everything on lockdown.”

For example, engineering managers were said to have had an AMA (Ask Me Anything) with Garg and only in-person workers were allowed to attend. Those employees had to sign NDAs and place phones in paper bags, and there were even metal detectors to make sure no one had recording devices. Also, the company has reportedly disabled sharing of Google documents internally and they’ve blocked access to all companywide dashboards – likely because business has probably suffered dramatically. As the employee put it: “There’s no transparency into anything. Vishal doesn’t trust anyone.”

Small businesses might soon be able to accept payments using their iPhones without the need for extra hardware, according to this piece, which cites Bloomberg. This is interesting because if true, Apple could be viewed as taking on Square in the contactless payments space. I found all this particularly intriguing because in October, I wrote about a startup named MagicCube – which is backed by the likes of Visa – that is building technology that will impact Android users.

That company’s software-based tech gives merchants a way to accept card payments on any consumer device with no reader or extra hardware required. CEO and co-founder Sam Shawki told me in October that he believed his startup “will be the dominant party on the Android side, which is 85% of the universe.”

Last week, Shawki told me he has an even greater vision when it comes to contactless payments:

Apple’s entry into the payments’ acceptance market will ignite the space for sure. But there is an even better vision of softPOS acceptance that goes beyond Apple’s: one that is built on an open platform, where all devices and all card networks are welcome, payment data is truly secured to the highest standards, and platforms are easily scalable. A broad ecosystem of technology pioneers, payments networks, issuers, and acquirers are developing a softPOS solution that extends beyond any company’s walled garden.

In this vision, merchants own their own data. On any device and operating system, softPOS is easy to implement, and requires no certifications. Expensive, dedicated devices become obsolete.. As these technologies proliferate in everyday life, we’ll witness the advent of the Internet of Payments…Together, sooner than you might think, the newcomers will unseat the incumbents. The meteor is about to hit. And we’ll all be better off for it.

The fact that more companies are making it easier to pay without contact is not surprising and welcome as that spells security and convenience for users. It will be exciting to watch how this all plays out.

Notable rounds and a new fund

Our Nigeria-based startups reporter, Tage Kene-Okafore last week wrote about Esusu, a New York-based fintech company that targets immigrant and minority groups and provides rent reporting and data solutions for credit building, that raised $130 million in a Series B round led by SoftBank Vision Fund 2. The investment gave four-year-old Esusu a valuation of $1 billion, making it one of the very few black-owned unicorns in the U.S. and globally (love to see this list growing!). Esusu co-founders and co-CEOs Nigerian-born American Abbey Wemimo and Indian American Samir Goel come from immigrant homes and say they experienced firsthand financial exclusion. That led them to start Esusu in 2018 in an effort to build the credit scores of immigrants and African-Americans and “leverage data to bridge the racial wealth gap” via rental payments.

Tage also covered NALA, a Tanzanian cross-border payments company that recently pivoted from local to international money transfers, and its recent $10 million seed raise. The startup’s mission is to build the “Revolut for Africa.” You can read all about it here.

Besides Esusu, last week saw yet another fintech unicorn being born. CaptivateIQ, which claims to automate commission workflows using AI, raised its third round in 20 months. Less than 10 months after raising its $46 million Series B, CaptivateIQ raised $100 million in a Series C round at a $1.25 billion valuation. The San Francisco-based startup, which has developed a no-code SaaS platform to help companies design customized sales commission plans, says it “more than tripled” its revenue compared to the year prior, although it declined to provide hard revenue figures. A trio of firms co-led CaptivateIQ’s latest investment, including ICONIQ Growth and existing backers Sequoia and Accel.

In M&A activity, investment banking firm UBS picked up financial robot-advisor Wealthfront for $1.4 billion in an all-cash deal. Alex unpacked the deal for us here.

Unsurprisingly, Latin America continues to be a hotbed of fintech activity. I covered Brazilian lender Creditas’s $260 million Series F funding that valued the company at $4.8 billion. That’s up from the fintech’s $1.75 billion valuation at the time of its $255 million raise in December 2020. Fidelity Management led the latest round. One of the most interesting things about this company, besides all the cool services it provides (including offering Latin Americans a way to borrow money at a MUCH lower interest rate than traditional banks offer) is share all its financials! Seriously, the extent at which this company shares the details of its finances is something to be admired and we wish all startups would follow suit.

Impressively, in the third quarter of 2021, Creditas says it notched US$46.8 million in revenue – up 233% from $14 million in the 2020 third quarter. It has been focused on growth, so it is still reporting a loss. But founder and CEO Sergio Furio told me that he projects annualized revenue of about $200 million for 2021. Not bad at all! I’m excited to watch this one keep growing.

I also covered a new fintech fund started by a true fintech influencer and all-around nice person, Nik Milanović. For over two years, Nik has been putting out a newsletter called This Week In Fintech, working at Google Pay and angel investing. Most importantly, he’s been building a true community of fintech enthusiasts all around the world. Now he’s putting his money where his mouth is and launching his own venture fund, called simply The Fintech Fund. Nik is trying to raise $10 million for his fund, which has a bunch of cool LPs including investors who put money in fintech startups through other vehicles (such as Bain Capital, Better Tomorrow Ventures and Cowboy Ventures’ Jillian Williams) and a several founders including NerdWallet co-founder Jake Gibson and The Block’s Mike Dudas. Also, I love the fact that the fund  has an explicit target of over 25% or more of its dollars and total number of investments going to founders from underrepresented backgrounds. I mentioned inclusion up top and it’s worth noting that Nik is big on it too. GO NIK!

That’s it for now. I hope you had as much fun reading this as I did writing it. Now, go enjoy what’s left of this weekend!