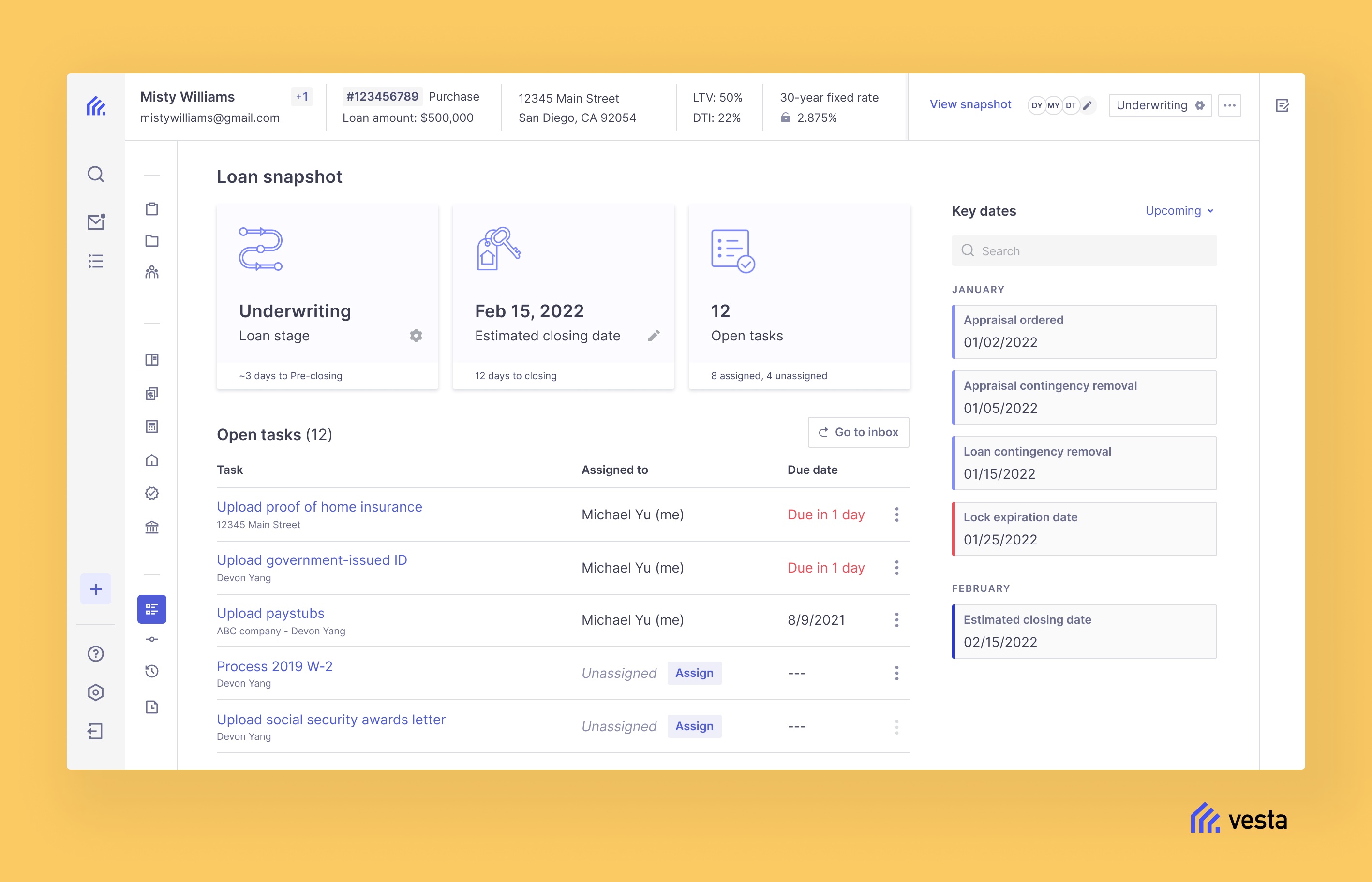 If you’ve ever taken out a mortgage, you know how painful and tedious the process can be.

In an effort to make it simpler, faster and cheaper, a pair of former Blend employees have teamed up to build mortgage loan origination software that will connect banks, credit unions, mortgage bankers and brokers. Or in other words, they want to make it easier for financial institutions to make the whole lending process easier and more transparent for customers.

The sheer volume of loan originations is testament to the need for more efficient loan origination systems (LOS). For example, the Mortgage Bankers Association forecasts there will be more than $2.59 trillion in loan originations in 2022. While down from the previous year, which saw a big jump in refinancings and new home purchases due to historically low interest rates, that’s still a lot of loans. It’s common knowledge that inefficiencies in the process are rampant — leading to longer closing times and higher associated fees, among other things.

During their time at Blend — a 10-year-old publicly traded company whose white label technology powers mortgage applications on the site of banks — Mike Yu and Devon Yang realized that current mortgage infrastructure has not kept up with the pace of change in more digitally native industries. This is a common refrain in the industry, which is why we are seeing an increasing number of startups pop up in the space. For example, Polly this week announced it has raised $37 million in a round led by Menlo Ventures to automate workflows for mortgage companies.

And today, Yu and Yang’s new company, San Francisco-based Vesta, is announcing it has raised $30 million in Series A financing led by Andreessen Horowitz (a16z) with participation from new investor Zigg Capital. Existing backers Conversion Capital and Bain Capital Ventures also participated in the round, bringing the company’s total raised since its November 2020 inception to $35 million. In a nutshell, Vesta’s technology aims to provide a customizable platform for mortgage origination, supporting approval, underwriting and the closing and funding of home loans.

“It’s about change management as much as anything else because replacing the existing process is hard. It requires the technical and financial know-how to develop and implement a new backbone in a highly regulated industry,” said Strange, who joined Vesta’s board as part of the financing. “All the players — banks, brokers and title agents — agree that a new system is needed, but to date no one has successfully built it. Vesta’s team understands the depth of the problem and is technically adept to solve it.  The infrastructure they are creating will be a core driver to automation and adoption in the industry.”

Yang was Blend’s first engineering hire and led all platforms and integrations for that company. Yu was deeply involved in the company’s product launches, including Blend’s installation with Wells Fargo.

With their new capital, the duo hopes to advance on their mission “to enable a seamless, transparent experience for financial institutions and their customers through an intelligent, opinionated and intuitive workflow platform.” Part of that includes “aggressive” hiring plans — particularly across engineering and product development — and an emphasis on its go-to-market strategy.

Vesta says its SaaS model expedites the lending process with a platform that is designed to eliminate redundancies, reduce compliance risk and help lenders better understand, measure and improve their origination processes. That includes the aim of serving as a system of record for loan origination data and documents, a customizable workflow engine that orchestrates the origination process across the various parties involved and open APIs and ecosystem so that lenders can choose their partners or build their own point solutions.

Once focused on mortgage banking, Blend is now going after the broader fintech market

In fact, Yu says the company’s biggest differentiator is that it is focused on only being the core platform, and on offering developer tools and APIs to enable other point solutions (such as the aforementioned Polly) to integrate “seamlessly with the system of record.”

“This is very contrary to the incumbents,” Yu told TechCrunch. “We view the future of mortgage infrastructure, and financial services infrastructure in general, to be a modular ecosystem where lenders and banks are choosing the various point solutions that are best in class for their use case and combining them seamlessly.”

Christian Lawless, managing partner at Conversion Capital, called the challenge that Vesta is tackling a “massive, non-obvious” opportunity in a “highly fragmented” industry.

“Historically, much of the mortgage market has been built atop antiquated technology from the 1980s which has slowed progress, hindered innovation, access to affordable rates, and stifled competition,” he wrote via email. “While modern innovation in other industries favors unbundling and open architecture, today’s mortgage process does not. It is long and painful, weighed down by antiquated technologies and highly manual operations that were built to lock customers in with high break fees and costly integrations. This has forced a growing divide between the modern, digitally native mortgage companies with more efficient and profitable workflow engines, and their antiquated peers which continue to lose market share.”