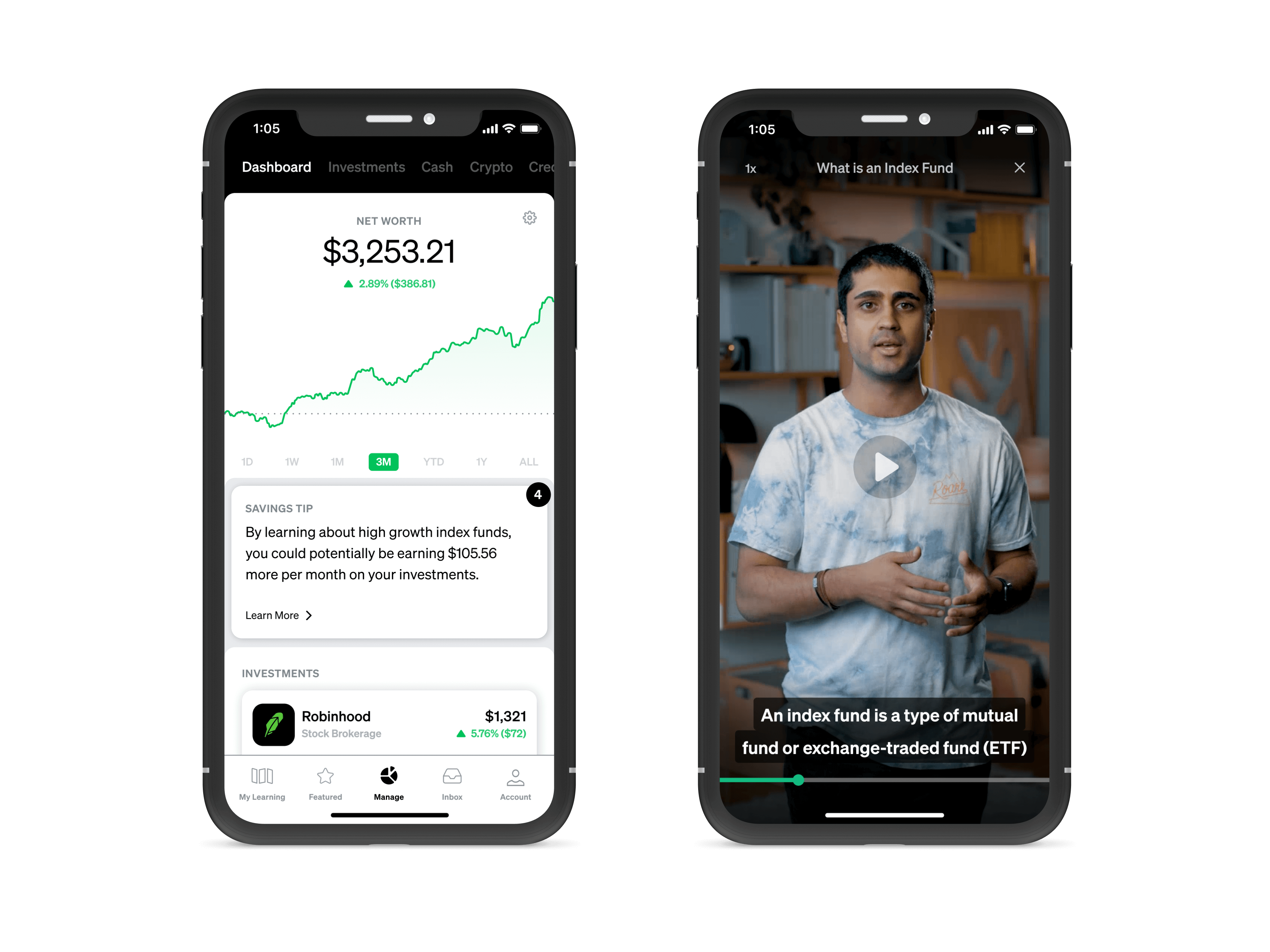 Parthean cares about personal finance so you don’t have to

The son of Iranian immigrants, Arman Hezarkhani spent his senior year of high school brainstorming a three-part thesis on what he wanted to dedicate his career to. First, he said that education is the most high-leverage way to make an impact on an individual, community and world. Second, he thinks that technology is the most scalable way to spread that impact. Third, and finally, he thinks that strong business incentives and for-profit businesses specifically are the most sustainable way to make impact last — not nonprofits or government organizations.

Hezarkhani’s early energy brought him to Carnegie Mellon, where he studied electrical and computer engineering, and Google, where he spent time on developer programs and Google for Education. Yet, fittingly, when it came time to join Google full time, he turned down the offer to build an edtech startup — one that would help young professionals like him create continuous, daily structured learning but without it feeling like a chore. After all, not every high schooler writes out a three-part thesis of goals, and even those that do, need a way to consistently execute on it.

“Anyone who tells you that people want to learn, largely they are wrong,” he said. “[Founders] want to believe in the best of humanity and that people are going to dedicate time to wanting to learn something, but we always come back to this vitamin versus painkiller problem.” A big area where this exists prominently is in finance, he argues, leaving consumers in a spot where they need a financial platform that helps them when they have a fever (overspend) instead of when they’re feeling ambitious (after their New Year’s resolution).

Today, Hezarkhani is the CEO and founder of Parthean, a personal finance monitoring and education app that just raised $1.1 million at a $12 million valuation by investors including Litani Ventures, Gaingels, Amino Capital, Morning Brew’s Alex Lieberman, Republic Venture partner Namrata Banerjee and others.

Parthean is trying to answer a far more complex question than simple productivity software might: How do you make consumers into better financial citizens — even if they are largely apathetic about the education it takes to get there? For Hezarkhani, alongside his co-founders Nikhil Choudhary and Jason Zhu, the answer lies in the intersection between fintech and edtech.

Currently, Parthean lets users integrate their finances with the app, through Plaid, to show financial health metrics in real time. The data could help Parthean evolve to a platform that can offer consumers financial advice when they need it most, such as budgeting tips after a spend-heavy weekend or investment advice after a big crypto moment. Format-wise, Parthean modules are split up into bite-sized, modular videos that walk users through a complicated video — with quizzes and an action item, such as putting money into a crypto wallet, at the end of it.

“The traditional learning model requires this very high level of activation energy from the student’s part; it requires the student to want to learn [something] so badly that they will pay some amount of money, dedicate a team and stick with it,” he said. A simple learning flow for Parthean consists of a trigger, recommendation and outcome. For example, the startup may notice that a user is paid on the first of every month, which results in high spending activity for the first two weeks of the month, and then they try to save as much as they can in the final week of the month.

“This overspending behavior highlights the user’s need to fix their spending habits by designing a budget. So in that final week, when the need is apparent to the user, we recommend a five to 10-minute module on budgeting,” the founder explained.

It’s a lofty goal — offering advice based on the timing and spending habits of a user — but one that personal finance fintech sorely needs. In the meantime, though, Parthean’s early-stage execution looks more like an edtech platform than a predictive fintech engine. Right now, the app opens up to an intro to crypto section, taught by Hezarkhani himself.

Metrics and the market

Similar to many startups in the education sector, Parthean’s success will depend on if it can provide true outcomes to users. Is success defined by saving someone money three months after using the service? Or making them NFT-fluent in 30 days? The founder said that he’s tracking completion rates, which currently rival cohort-based courses, and what he describes as “connection rates.” This means that part of Parthean’s progress is measured by whether users, after they complete a crypto course, end up doing the action item that’s tacked onto the end of the lesson, whether it’s setting up a crypto wallet on Coinbase or growing a credit score. Going with the prior example, the goal outcome would be that a user designs their budget on the app, and Parthean helps track spending month to month.

“That’s a metric we can measure, whereas other edtech platforms are just a content play,” he said.

Edtech and fintech have mixed in the past through NerdWallet, a recently public personal finance platform that offers product recommendations atop a high-margin content business. But instead of touting credit card recommendations and then making money off referral fees, Hezarkhani thinks the subscription business model is more aligned with consumers’ interests.

Hezarkhani said that during the fundraising process, some investors argued that the best way to make money is through basing revenue on advertisements or lead generation. Some even told Parthean to become a bank. But he stuck to the idea that there needs to be a third-party “omnipresent financial partner” that has consumers’ trust. In other words, he didn’t want to become another platform that recommends credit cards for referral cash.

“If you look at the financial market, you have crypto, you have stock investing, you have traditional retirement accounts, you have credit cards, debit cards, you even have rent — what we’ve done is we’ve said we’re not going to own any vertical here,” he said. “We’re just going to own the top layer. We want to own the user’s relationship with this market. It will consolidate, it’s going to get more competitive, but we’ll always be here as that layer.”