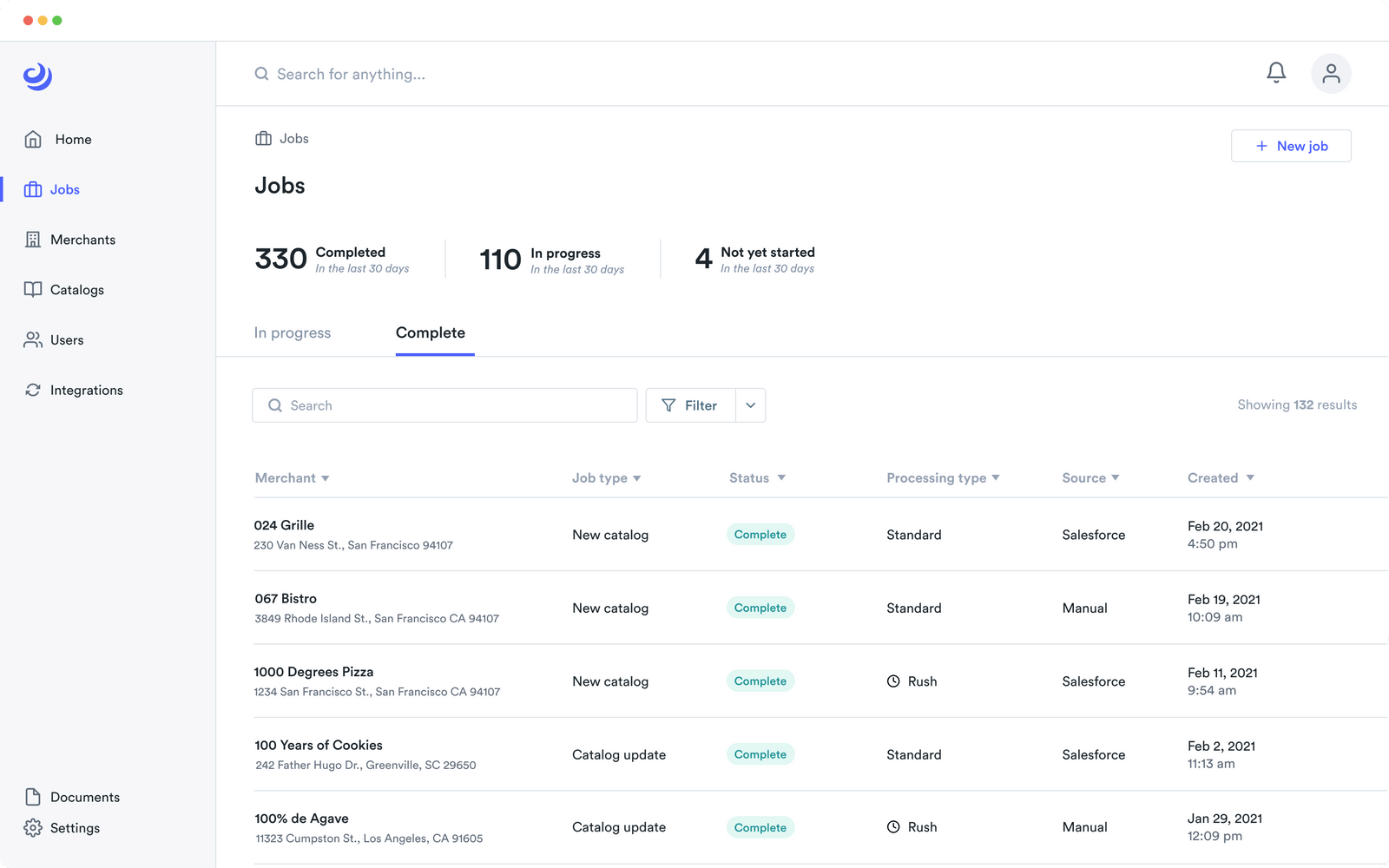 The company helps customers with antiquated inventory systems power their merchant onboarding data, like restaurant menus and images, with APIs to structure data in a way that when someone’s food order requests “no mustard,” it is recognized properly, Woflow co-founder and CEO Jordan Nemrow told TechCrunch. Nemrow and Will Bewley founded the San Francisco-based company in 2017.

“In the background, machine learning models and artificial intelligence-powered humans in the loop do the structuring for our customers, which include food delivery, e-commerce and point-of-sale,” Nemrow added. “Restaurants usually deal with having offline data, but time equals money, and if there is incorrect data, there can be some financial reimbursement. We are the de facto solution for that.”

The round comes nearly a year after the company launched its merchant data tool with $3.5 million in funding led by Craft Ventures. We touched on it briefly at the time, with my colleague Alex Wilhelm remarking on Woflow’s early traction with food delivery giants like DoorDash, Deliveroo, Wolt and Popmenu.

Craft Ventures is back for the second round, this time in a participatory role with a group of angel investors, with Base10 Partners and Construct Capital co-leading the Series A.

Woflow’s co-founders decided to go after an additional round of capital when they saw how quickly they were ramping up and adding new enterprise clients, Bewley, COO, said. After launching last year, the company saw its revenue doubling every couple of months and then in the last six months it was doubling every month, a trend he said is planned to occur through 2022.

“We thought it was a good time to start fundraising when we started getting traction, seeing the expansion, and thought about doing things in parallel that we wouldn’t be able to do if we were watching our pennies,” he added.

The new funding gives Woflow about $11 million in total funding to date. It will be deployed into accelerating product development, recruiting on the engineering team and developing new language considerations so the company can move into new markets.

Bewley went on to say that Woflow is going to be careful about its next expansion. Restaurant menus are the company’s “bread and butter,” and they are approaching 1 million merchants onboarded, which Bewley believes means that approach is scaling well. The company is in 10 countries right now, with five languages, and aims to add another 10 languages in coming years as it expands into Latin America and Asia.

They are already looking at the next horizontal markets, like grocery stores and convenience stores. Both of those stores “are a totally different beast,” Nemrow said. However, there will be some trade-offs: restaurants have 50 or 60 items with a complexity of ordering options, while grocery and convenience stores could have 50,000 items, but will be less complex, and SKUs can be mapped out and reused across vendors.

As part of the investment, Rexhi Dollaku, partner at Base10 Partners, joins the Woflow board of directors. Base10 often invests in the digitization of the food supply chain, and Dollaku said one of the biggest trends he is seeing here is ease of use of food apps and buying digitally.

“Part of what’s driving the trend is back office systems that aren’t connected to front systems,” he added. “The consumer-facing part has transformed in the past decade, so you can do things now you could not before. Part of the reason I was excited by Woflow is that they are providing the critical infrastructure for the food category, starting with restaurants, which is a highly overlooked part of the ecosystem. People aren’t spending time thinking about back and front integration, especially for businesses that are not as tech savvy.”