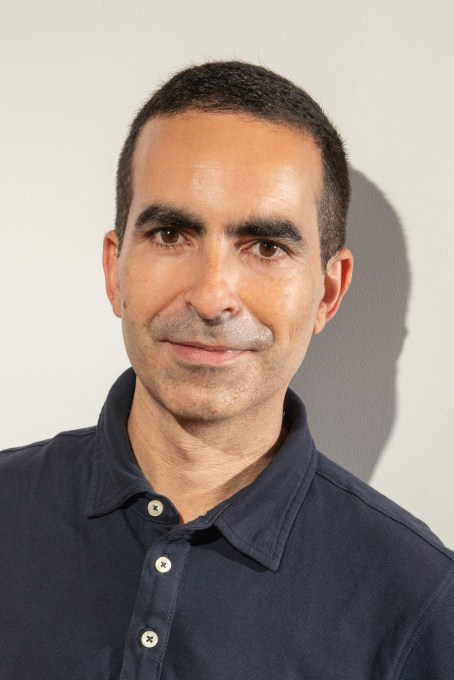 A recent survey carried out by CNBC reported that 81% of executives worldwide say AI will play a prominent and critical role in how their businesses operate this year.

Companies are phasing from the first generation of AI, which deals with pattern, text and image recognition, to decision-making AI, which helps them make timely decisions in complex spaces.

InstaDeep, a Tunis and London-based enterprise AI startup that creates decision-making systems for solving real-world problems, has raised $100 million in Series B financing led by Alpha Intelligence Capital and CDIB.

InstaDeep was founded by Karim Beguir and Zohra Slim in 2014. The Tunisian startup, headquartered in London with offices in Paris, Tunis, Lagos, Dubai and Cape Town, uses advanced machine learning techniques to bring AI to applications within an enterprise environment.

Beguir, the chief executive officer, on a call with TechCrunch, said the eight-year-old company’s AI and machine learning solves an array of challenges.

They can range from a large shipping company finding ways to efficiently transport thousands of containers to a railway station, with more than 30,000 kilometres of railway, trying to automate scheduling for 10,000 trains. Other examples are the design of advanced therapeutics with silicon and routing components on a printed circuit board.

These types of problems, though in different verticals, have similarities. InstaDeep uses reinforcement learning, a kind of machine learning that helps design optimization strategies and tackles them simultaneously.

In a statement, the company said it is currently working on a moonshot product to automate railway scheduling with Deutsche Bahn. The rail operator is the largest in Europe.

Two years ago, InstaDeep formed a multi-year strategic collaboration with BioNTech to launch a joint AI innovation lab. The lab’s mandate was to deploy the latest advances in AI and ML to develop novel immunotherapies.

One of its best efforts came in late November when it created an early warning system (EWS) for detecting high-risk SARS-CoV-2 variants. Per a report by FT, this EWS identified more than 90% of World Health Organization (WHO) designated variants on average two months ahead of time and detected Omicron three days before it was classified as a variant of concern by the WHO. InstaDeep also collaborates with Google on AI initiatives and has published joint research with DeepMind and Google Research.

A common theme with these partnerships is that all three organizations are investors in InstaDeep’s new financing round.

“With them being our partners and customers, they’ve been able to see firsthand what InstaDeep platform and the team can achieve,” said Beguir. “So we see it as a significant milestone and also sort of a vote of confidence in our capabilities and products that they are investing having worked very closely with us on difficult problems for years.”

Beguir and CTO Slim bootstrapped InstaDeep from 2014 to 2018, pumping revenue from clients back into the business acquiring new talent and expanding. In 2019, the Tunisian startup raised a $7 million Series A round from pan-African private equity firm AfricInvest and New York-based Endeavor Catalyst to scale its systems.

InstaDeep has established itself as a global company using AI to solve complex problems with significant monetary value. For example, building one kilometre of railway costs hundreds of millions of dollars. So, providing an intelligent system — which is one of InstaDeep’s applications — that can optimize train traffic, and manage constraints better, is highly marketable.

With the new funding, the enterprise AI company plans to accelerate the launch of disruptive AI products across biotech, logistics, transportation and electronics manufacturing. Advancing its computing infrastructure, expanding into the U.S. and hiring more talent is also in its use of funds strategy.

InstaDeep currently has over 170 employees. More than 130 are in AI research, engineering, ML and DevOps departments, while half of the team is based in its African offices: South Africa, Nigeria and Tunisia.

When InstaDeep launched, Africa wasn’t in the picture detailing AI’s contribution to global economic growth. And while that picture hasn’t changed so much, InstaDeep is one of the few African companies, including South Africa’s Aerobotics and hearX Group, trying to change that status quo and give Africa have a say in shaping the future of AI.

“We’ve managed to build a culture of high standards and prove that the talents in Africa are capable of being competitive, working and collaborating with the very best,” said Beguir. “That’s the story we’ve been able to nurture. And today, we’re proud to have a team which is now over multiple countries in Europe, Middle East and Africa, but has some very passionate African AI researchers, engineers making a tangible contribution.”

Beguir mentioned on the call that at the time InstaDeep started with “two laptops, $2,000 and a lot of enthusiasm,” many investors and onlookers within the African tech and AI space doubted the company’s goal to collaborate with the likes of DeepMind and Google.

But if technology has taught us anything, location doesn’t pose a barrier in getting global customers. And this holds more true for AI and deep tech technology as long as companies have access to knowledge, talent with experience and an open AI community.

Beguir, half Tunisian and half French, grew up in the North African country but studied engineering and mathematics in France and the U.S.

After a classical career background, Beguir said he started InstaDeep to prove that African talent could be competitive, make a difference in deep tech and collaborate and compete with the best in the world.

“It is possible to create a globally competitive company with strong African roots, but also well integrated into the world working on genuine deep-tech innovation, and doing things that haven’t been done before,” the CEO said. “That’s been our story so far, and we can’t wait to take it to the next level with our investors and partners and try to have a positive impact on the ecosystems in which we operate and all the partners with whom we work.”