Home » News & Trends » Kencko takes in new capital to shake up how we consume our fruits, vegetables 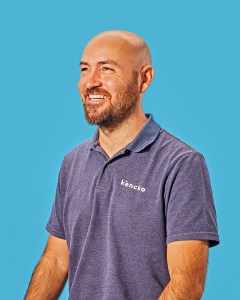 Kencko takes in new capital to shake up how we consume our fruits, vegetables

We last checked in on Kencko — which means health in Japanese — back in 2019 when the company raised a $3.4 million seed round. At the time, it was selling its fruit drink with six flavor options and was poised to launch two new products.

Today, the company has over a dozen flavor options for its organic smoothies and four flavors for its gumdrops. Its freeze-dried technology provides a way for people to get 2.5 servings of fruits and vegetables, while its gumdrops have one serving. None of the products have refined sugars, sweeteners or artificial ingredients.

Kencko is carving out its niche in a crowded global health and wellness market that is poised to be worth $7 billion by 2030. Other companies are also attracting venture capital, for example, Athletic Greens, which created AG1, a powdered beverage designed to provide daily nutrition, announced $115 million Tuesday in new funding that boosts its pre-money valuation to $1.2 billion.

With the news of the investment, Kencko unveils its newest bowls product, a heated product which will be available later in February.

Kencko is also all about diverting fruits and vegetables from landfills and was able to ship over 10 million freeze-dried smoothies in the past year which the company says is the equivalent of around 660 tons of fresh produce. The brand is also on track to be completely carbon neutral in 2022.

The company has been growing on average over 500% per year, after just three years in business, Tomás Froes, co-founder and CEO, told TechCrunch via email. At the end of the year, Kencko had nearly 360,000 members, a growth of 173% over 2020.

Froes expects to deploy the new funds into scaling and optimizing Kencko’s supply chain and in-house manufacturing. The company just passed 100 employees, and he plans to double the team in the next 12 months.

“With this raise, we’re poised to increase what we like to call ‘Kencko moments’ for our members: to offer hassle-free nutrition throughout the day,” Froes added. “We’ll continue to be focused on helping more people transition to healthier habits by increasing their day-to-day intake of fruit and vegetables. We have a number of exciting new products we are working on, and you should expect us to begin dipping our toes in brick-and-mortar retail this upcoming year.”

VCs have growing appetite for ‘AgriFood’