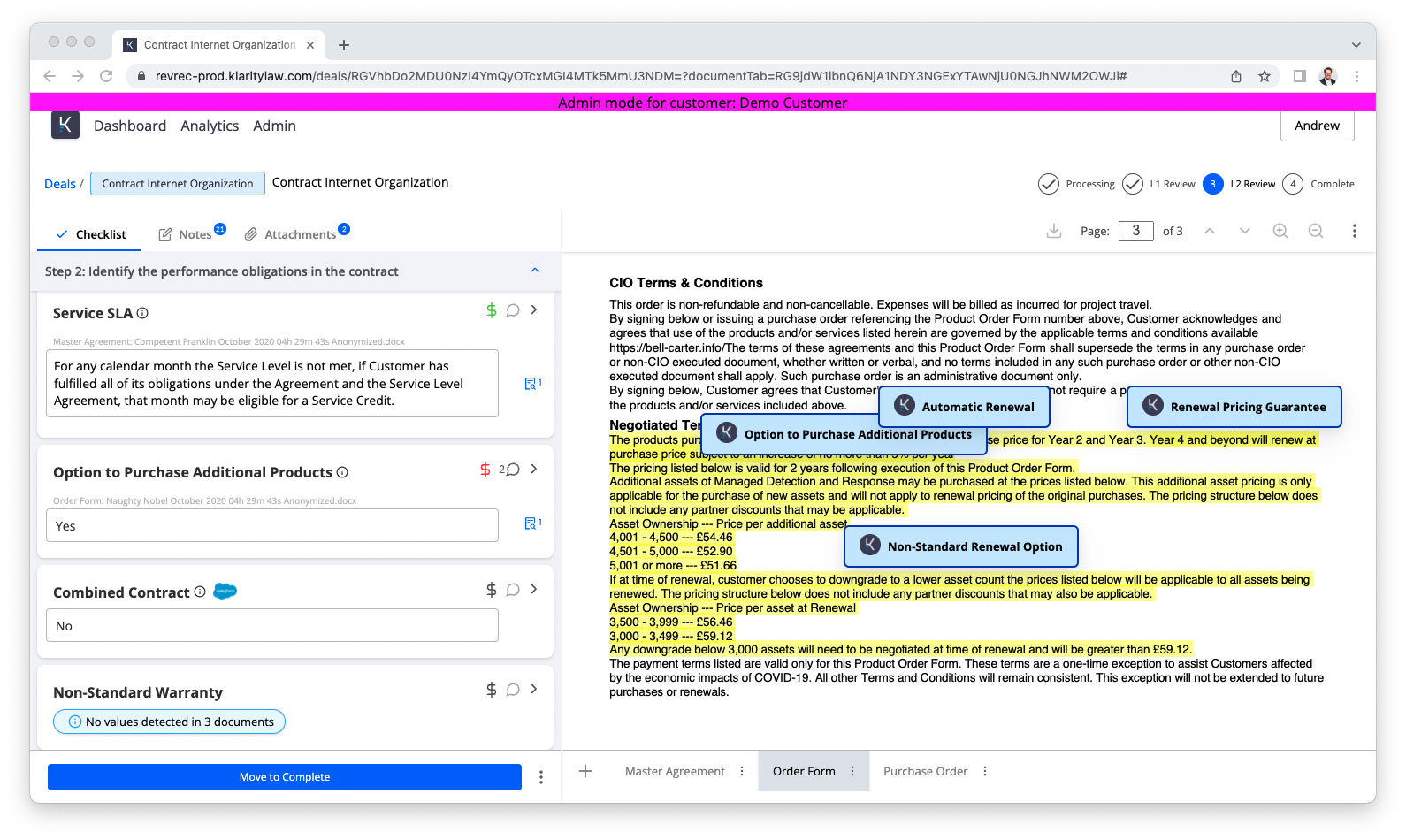 Reviewing repetitive documents is, well, repetitive, but Klarity believes people don’t have to do all of that and is building an artificial intelligence tool, targeting finance and accounting departments, that turns documents into structured data.

“Partial document automation companies did not achieve much scale due to the limited value of their product,” he said via email. “Full automation has the ability to replace human review for a vast majority of documents — over 85% in Klarity’s case — and with a higher accuracy. This generates a lot of value, not only for large enterprises, but also mid-market companies that have a few hundred documents every month and the market is therefore much larger.”

Antos founded Klarity in 2017 with Nischal Nadhamuni whom he met at MIT. They bonded over Antos’ experience of having to review large amounts of data when he was a corporate lawyer. Nadhamuni was studying Natural Language Processing and thought it could be applied to  understand documents better than humans. In August 2020, the product was launched.

Klarity replaces humans for tasks that require large-scale document review, including accounting order forms, purchase orders and agreements. Instead of having many accountants reading thousands of almost identical documents every month to find non-standard language, Klarity does that, helping the accountants save time and avoid mistakes.

Over the last nine months, the company saw its annual recurring revenue grow nine times and over 24 times year over year, prompting Klarity to raise new capital to invest in sales and marketing to scale and continue investing in R&D. It is also currently working with more than 40 enterprise and mid-market customers, including Coupa, Optimizely and 8×8.

Today, the company announced $18 million in a Series A funding round led by Tola Capital. As part of the investment, Sheila Gulati, founder and managing director of Tola Capital, joins Klarity’s board of directors. To date, Klarity has raised just over $20 million.

New investors also participating in the round are Invus Opportunities and a group of individual investors, including executives from its customers 8×8 and Coupa. Existing investors following on include Elad Gil, Daniel Gross, Nat Friedman and Picus Capital.

The company is focused on hiring sales, marketing and engineering. It has 34 employees, up from 14 a year ago. It is also poised to launch new document review automation use cases for deal desk, renewals and procurement teams in late 2022.

5 investors discuss the future of RPA after UiPath’s IPO