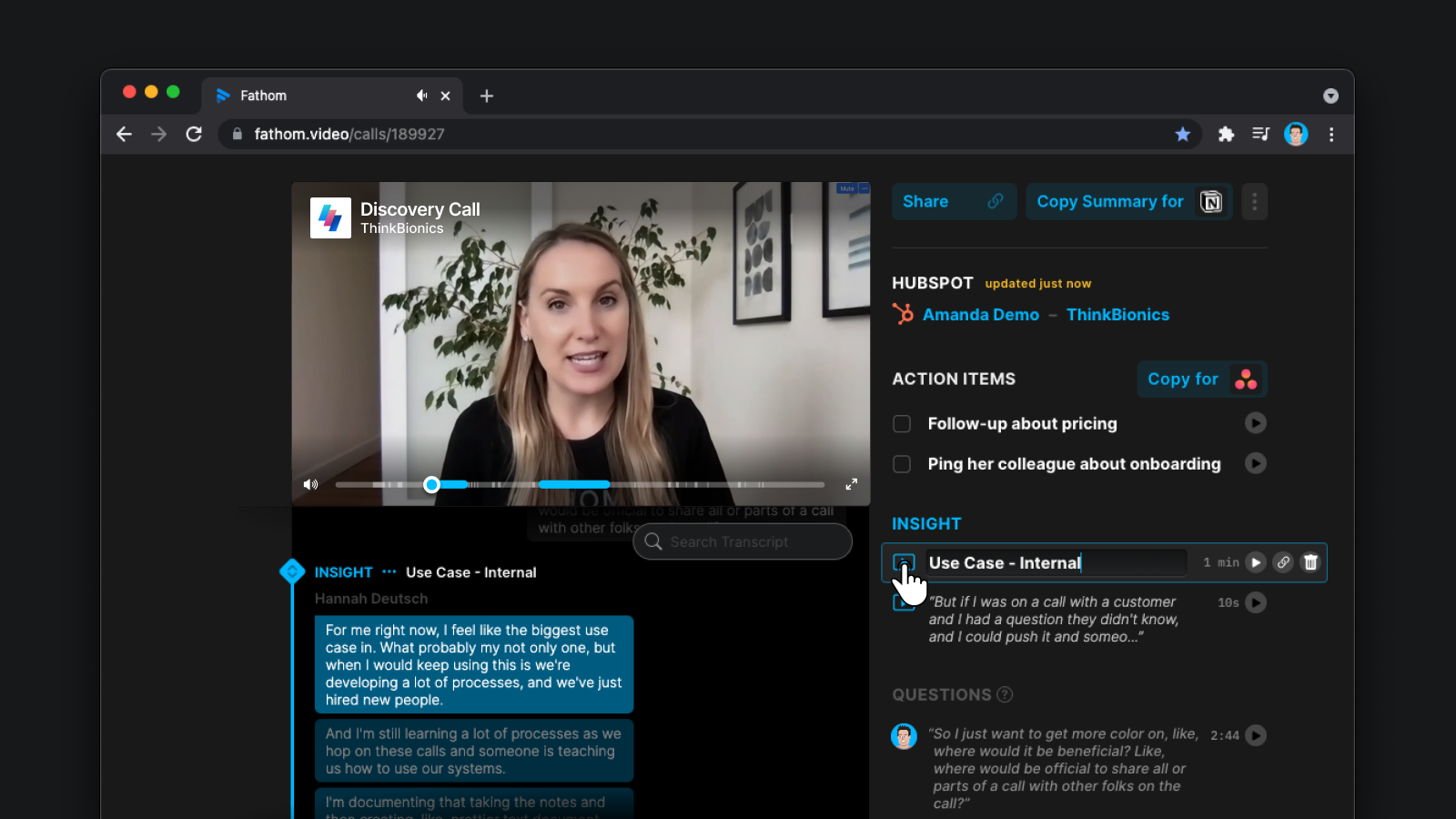 Fathom, a startup that is building an AI notetaker for Zoom, today announced that it has raised a $4.7 million seed round from a range of early-stage investors, including Zoom’s own Apps Fund. Other investors include the likes of early Zoom investors Maven Ventures, Bill Tai and Matt Ocko, early-stage funds Character.vc, Active Capital, Global Founders Capital, Rackhouse.vc and Soma Capital, as well as the CEOs of Reddit, Twitch, Cruise, Mercury, People.ai, Snapdocs and Shogun. That’s a broad coalition of investors, one that’s surely in part driven by the fact that Fathom founder and CEO Richard White also previously built UserVoice.

“It was actually at UserVoice where I got the idea for what’s now turned into Fathom because I was doing a lot of research and customer calls in service of investigating a different product we were building at UserVoice,” White told me. “I think it was kind of January 2020 […] and I did like 300 Zoom calls in that first month. It was kind of crazy. I’m not sure why I signed up to that many research calls. I got really well acquainted to what a terrible experience it is to have to talk to people all day long and type notes at the same time — and then after the call is over, clean up those notes so that they make sense. It’s a very stressful kind of process and you worry you’re going to miss something.”

To fix that, White and his team built Fathom to make it easy to not just automatically record and transcribe every Zoom call, but also to quickly generate summaries after the call which can then be emailed to participants or imported into a CRM system, for example. During a call, all you have to do is highlight important parts using the service’s Zoom or desktop app.

While sales teams are some of the obvious users for this kind of service — they tend to have a lot of Zoom calls these days, after all — White argues that there is also a wider market for a service like this and that none of the features are necessarily sales-specific. “Overall, we try to build a platform that is useful for anyone that’s on a decent number of Zoom calls per week,” said White.

To create this product, White took some work that had already been done at UserVoice and then spun that out as a new company — and in the process, the team also made it into Y Combinator. That may seem like a bit of an odd choice for a seasoned entrepreneur, but as White noted, a lot has changed in the last few years and simply having a cohort of like-minded founders that are going through the same processes is a very useful thing to have. “I’ve learned probably as much from the common curriculum at YC as I have from having this peer network of people that are all hustling and doing the same thing,” White noted. He also likened YC to a startup union that can help with fundraising and negotiating with vendors, too.

As of now, Fathom is available for free, with plans to add paid features over time (though the core experience will remain free). As of now, though, support for other platforms like Google Meet or Microsoft Teams is not on the roadmap.

“Zoom has already transformed our lives and the way we do business – now that we live on video, the need and opportunity for Fathom is obvious,” said Jim Scheinman, early Zoom investor and Founding Managing Partner at Maven Ventures. “The Fathom team is incredibly strong and experienced, and they’re solving a key problem that Zoom customers face on a daily basis and will change the way people experience their business calls for the better. Being one of the first deeply integrated Zoom Apps opens the door for massive growth.”

Fathom, of course, isn’t the only company trying to solve this problem. Chorus similarly tries to provide AI-driven solutions for sales calls, for example, while services like Gong focus more on analyzing customer-facing interactions across platforms and Otter mostly focuses on the transcription side of the process.