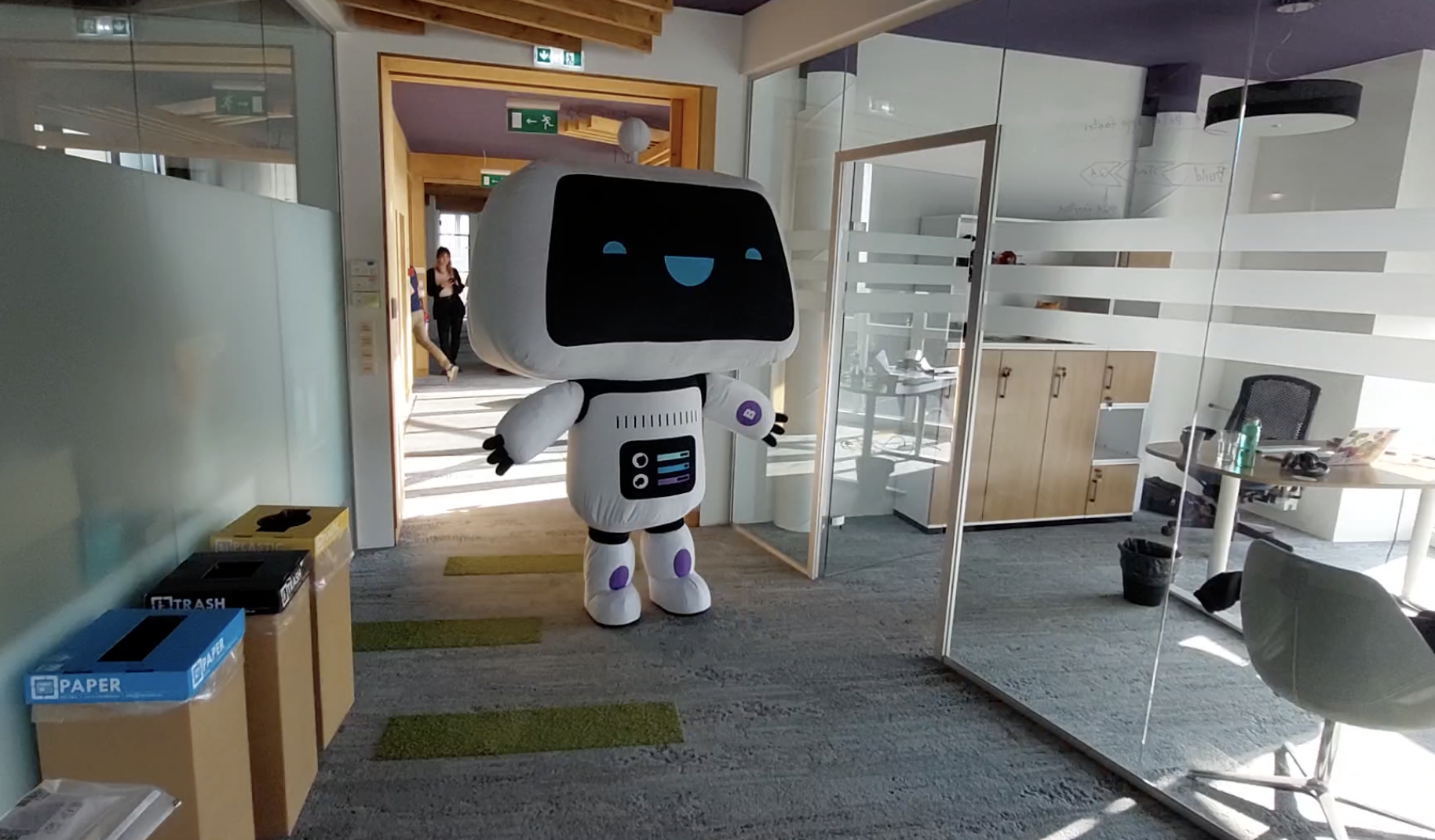 Hello and welcome to Daily Crunch for January 24, 2022! Today is a kinda tough day for, well, everyone. The value of assets new and old dropped around the world, and everyone is staring around at the mess, wondering what comes next.

Well, the good news is that we can answer that question for you. What’s next? A gajillion startup funding rounds, of course! – Alex

Activist investor calls for CEO switch at Pelton: After riding the pandemic up, at-home cycling company Peloton is stuck in neutral, spinning its wheels as its share price drops. The value of the former startup has fallen so far that activist investors are calling for a CEO swap, a sale of the company, or both.
Meta joins the supercomputer game: It is a truth universally acknowledged: A [tech megacorp] in possession of a good fortune must be in want of a [supercomputer]. And thus did we learn today that The Artist Formerly Known As Facebook is gunning for a top-10 spot on the global supercomputer charts. Perhaps now the company will have the computer power required to no longer report incorrect metrics to partners and customers.
Will this selloff shake investors? The day’s selloff hit everything from stocks to crypto prices. But while readily traded assets are taking damage, less liquid startup shares appear to be in high demand. Precisely how long the public-market damage will take to leak back into earlier startup rounds is not clear, but that the climate has changed, well, is.

Mark Cuban wants to lower consumer pharma stress: To avoid getting fired, I will retain my views on the modern pharmaceutical industry. But in good news, Mark Cuban is backing a startup that wants to change the pharmacy game for consumers by selling drugs at cost plus 15%. Which is a modest profit margin for drugs, frankly. Let’s see if it works.
Today in good startup names: Pestle is building an app for recipes, shopping lists and other cooking needs. Anyone who has been in charge of making food on a regular basis for others can attest to the issues that stem from — to pick a few at random — stale meal rotations, boring ingredient mixes and the sheer ennui of uninspired food creation. Pestle – which has a great name, and when it goes brick and mortar, can call itself Mortar and Pestle – could change the situation for the cooks in our lives.
Deliverect raises $150M: Now worth some $1.4 billion thanks to its latest funding round, Deliverect is a bet that building “a platform to integrate the many moving parts that go into ordering and delivery for the average restaurant” is going to be a post-pandemic hit.
Anyplace is making room for you to work wherever: If you don’t have pets, kids or a partner that has a geo-located job, you can scoot about the world now and work where you will. This is very good. Less good are the office setups you might encounter on the road. Anyplace is now building “furnished apartments that include a ‘fully equipped’ home office” for rent, which is pretty neat.
Consolidation in the instant food space: While I am an impatient person, I have never really minded the time it takes for food to reach my house via Uber Eats or similar. But for many folks, it’s too long a wait. So, instant-delivery startups have been busy bringing foodstuffs to homes, and raising lots of money at the same time. Now we are seeing some consolidation, including Gorillas buying Frichti, creating a new German-French fusion that sounds like a tasty morsel.

To close out our startup news today, we’re taking on a Manish Singh three-pack. Singh is a flat-out reporting beast, and he has a trio of stories out today that you need to read:

Good news: Indian food delivery giant Swiggy just raised $700 million at a huge $10.7 billion valuation less than a year after it raised at a $5.5 billion price tag.
Good news: Ola Electric is now worth some $5 billion after raising a fresh $200 million. The company is building low-cost electric scooters for consumers.
Bad news: And yet, despite the above enthusiasm for high-priced startup rounds, the value of Paytm, Zomato, PolicyBazaar and Nykaa, Indian tech upstarts that went public last year, “tumbled to their record lows” today.

Launching a product in a foreign market where you’re unfamiliar with the language and culture is a tall order — but investors expect growth.

Barnabas Birmacher, CEO of platform-as-a-service company Bitrise, shared the lessons he learned as his team attempted to crack the Japanese market.

Instead of relying solely on strategic partners, his team visited Japan before its expansion to host events and engage directly with early adopters.

Using tactics that dispensed with traditional media and marketing, Birmacher’s company hired a manga artist to create a comic featuring a mobile developer, developed “Japan-first” swag to hand out and even crafted a full-sized mascot costume for conferences.

“We left the suit with one of our customers and now people wear it while they’re drinking,” he writes in a TechCrunch+ post.

Tesla bug was bad: It’s cool that cars today can get updates over the air, and do more stuff over time. What’s not cool is when your neat computer-on-wheels has a bug. It turns out that a security aficionado was “able to remotely access dozens of Teslas around the world because security bugs found in an open-source logging tool popular with Tesla owners exposed their cars directly to the internet.” Whoops!
Google in trouble at home, abroad: Google is under fire in its home market for putatively deceiving users into sharing data, while in Europe it is in trouble for its “plan to end support for tracking cookies in Chrome” thanks to a “complaint to the European Commission” put together by German publishers.
NBC hopes TikTok will make the upcoming Olympics cool: I don’t know if TikTok has yet reached the “Hello, Fellow Kids” level of cheugy that all social networks reach at some point, but it’s clear that megabrands hope that it has not. Hence TV groups hoping to piggy-back on the cool to make their own product a bit less, well, cheugy.
Apple fined: Once upon a time, Apple didn’t allow third-party apps on the iPhone. Then it did and made a squintillion dollars. Now some countries are saying that Apple has to allow for third-party payment systems in third-party apps. And Apple is Not Stoked. Hence why it just got fined “€5 million (~$5.6 million) for failing to comply with conditions in an order requiring it to allow local dating apps to make use of third-party payment technology in their apps” by the Dutch.

Are you all caught up on last week’s coverage of growth marketing and software development? If not, read it here.