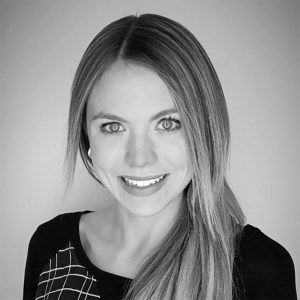 Committing to a diverse and inclusive workplace is one thing, but following through is another.

To help companies do this more effectively, Diversio is using artificial intelligence technology, data analytics and knowledgeable subject matter experts to find where the company’s process is breaking down and create a comprehensive action plan to get it back on track.

Today, the company announced $6.5 million in Series A funding from a group of investors including First Round Capital, Golden Ventures and Chandaria Family Holdings.

Laura McGee, co-founder and CEO, started the company in 2018 after doing diversity and inclusion consulting for corporate clients and the government that led her to do a lot of CEO roundtables. She kept hearing from them that while diversity was well understood, they didn’t know how to do it.

“We said, ‘we hear you,’ but there were no metrics or accountability, and those were the kinds of tools that will help us set targets and then actually drive change,” McGee told TechCrunch. “From our perspective, this is a software solution. This has got to be something that companies use on an ongoing basis, is tied to business records and ultimately provides evidence-based recommendations.”

Diversio’s software takes in survey data from employees and uses natural language processing algorithms to analyze the data. From that feedback, Diversio can identify specific problems that are preventing diverse employees from doing their best work. Then the company matches those pain points to action items pulled from a recommendation engine of 1,600 validated programs and policies from around the world.

The Series A is the company’s first institutional funding after raising $60,000 from angel investors and bootstrapping the company. In fact, fundraising for this particular business case was a challenge until she met Meka Asonye, partner at First Round. The questions in 2018 were around if companies would spend money in this area, McGee said.

Then in 2020, the world changed, particularly surrounding the death of George Floyd. That, and for a variety of reasons, diversity and inclusion were recognized as a critical business — and rightly so, McGee explained.

“Customers are expecting companies to take action, and investors are starting to ask questions when they allocate capital,” she added. “And then equally the risk is becoming ever greater. If as a company you undergo a scandal, there is really nothing that can bring you down faster.”

Since launching in 2018, Diversio has grown 300% year over year. Over the past 12 months, the company doubled its customers and is now working with about 400 customers, many that have come through working with investors across their portfolios, McGee said.

The new funding will enable the company to invest in its team. The company currently has 35 employees, and McGee’s plan is to double that by the end of the year, especially in the company’s new offices in London and New York. It will also work on product development, including more targeted and customized data analysis and the recommendation engine.

8 Black investors discuss the intersection of race, tech and funding

Next up, McGee expects to grow the company’s international footprint in Europe and the U.K. and grow more in North America. Diversio is also working on getting additional partnerships.

“The 30% Club is one example, and investors are another,” McGee added. “Our vision is establishing a set of inclusion metrics that are widely adopted and creating a platform and a system that allows companies to really learn from one another in order to refine the recommendation.”

Meanwhile, First Round’s Asonye said when talking to Diversio customers, they would tell him that they know they have a diversity and inclusion problem and didn’t know where to start, but having a platform like Diversio helped them not only measure, but then act, was a differentiator from other companies in the market.

“One of the other really interesting things about the business is that this is a problem that hits medium companies, small companies and big companies, and despite the fact that you would think somebody would have this figured out, that’s not the case,” Asonye added. “They have the high-growth tech companies that go from 50 to 200 and start asking if they should be thinking about values. Almost every piece of the market actually has this sort of problem and is traveling to find the solution. That really resonated with us.”