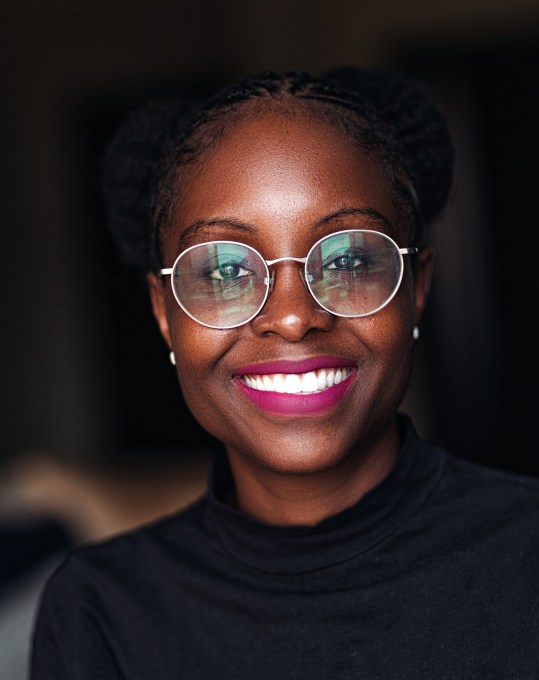 In a move rarely made by Western venture capitalists, QED Investors announced today that it has hired an African partner, Gbenga Ajayi. He will focus on Africa investments as part of QED’s international team.

TechCrunch reported that Fund VII, made up of a $550 million early-stage fund and a $500 million growth-stage fund, will be used to back “fintech companies primarily in the U.S., the United Kingdom, Latin America and Southeast Asia.” Today’s announcement adds Africa to the mix.

On a call with TechCrunch, QED co-founder and managing partner Nigel Morris said that adding Africa is the final jigsaw puzzle that makes QED Investors a fully global fintech-specialist firm.

Preparations for QED to get into Africa started some 18 months ago when the firm began seeing a lot of inbounds and pitches from the region. This period — particularly throughout 2021, during which five unicorns were minted — saw an explosion in venture capital like never before as seasoned founders emerged with willing local and international VCs to back them.

With so much demand for capital on a continent with more than a billion people but low financial inclusivity, adding Africa as QED’s next frontier was a no-brainer.

“We do fintech. It’s all we do; it’s what we know. And we are subject-matter deep, and hopefully, potentially experts, in the space,” Morris said. “Gbenga and I talked at length on how the traditional banks try to engage through an analog distribution system of branches when its population is a mobile-native generation that desires to be able to engage via mobile.

“So, as we saw investable opportunities starting to come to us and as we started to be avalanched by inbound from Africa, it became really clear that there was enormous amounts of demand in those markets like what we had seen across other geographies, particularly in other developing countries.”

The fintech-focused firm isn’t the only investor to notice these opportunities. Other global investors have as well, but most of their multiple investments have been led by partners without local market know-how.

But QED decided not to take this approach. By hiring an African partner to lead its charge, the firm may be setting an example of how foreign VCs will operate on the continent in the future.

Before QED Investors, Ajayi worked in different roles across Africa and global fintech/tech. He worked at Google as product partnerships lead in Europe and Africa before transitioning to other positions within the company, including managing telecom industry partnerships and leading parts of the internet giant’s mobile app business in sub-Saharan Africa.

The partner was also a product director for SMB growth at Wise, a global cross-border remittance fintech. He also worked as head of strategic partnerships at Europe’s biggest neobank, Revolut.

Away from operational roles, Ajayi is also the co-founder of Kanza Ventures, a boutique seed investment and advisory firm focused on fintech in Africa.

As an investor and operator with experience working in different regions across Africa, Ajayi brings much-needed experience, especially in a region where fintechs seemingly face more troubling regulatory and compliance hurdles than their counterparts globally.

“Being able to be part of the fintech and tech boom that we have today and helping large tech companies that have now become household names take off means that I’ve had the opportunity and the privilege to sit at the very forefront,” Ajayi said.

“And so combining that and my fintech experience, and the fact that I’ve worked with a bunch of companies, I think it’s like a collective coming together to join QED.”

Ajayi is the first of two African investor professionals hired this past month by QED. The firm also brought on Chidinma “Chid” Iwueke as a principal.

Iwueke, who was previously an equity research associate at Bank of America Merrill Lynch and a partner at Nigeria-based early-stage venture capital firm Microtraction, will focus on domestic and international investments for the firm.

“We started off to find one wonderful person, and we found two. And I think that speaks louder than bombs about how much talent there is in Africa,” Morris said.

As a global firm, QED has hubs in Washington, D.C., New York and London. On the call, Morris said Ajayi would be based out of London and Iwueke in New York.

Both hires are based off the continent to connect founders and startups to valuable resources such as making hires and getting customers outside of Africa. Yet, they will spend lots of time on the ground, as a large part of their job will be forming partnerships and sourcing deals with local VCs, accelerators and founders across Africa, said Ajayi.

QED expects its upcoming portfolio companies to take advantage of its specialization in fintech, operational expertise and willingness to roll up its sleeves to build and scale financial products Africa’s mass-market needs.

But despite the seeming commitment, QED doesn’t have a dedicated amount of capital or range of ticket sizes to deploy in the continent’s startups. In an interview last September, the firm mentioned that it plans to invest between $5 million and $15 million in 40 to 50 companies via its early-stage fund and $10 million to $40 million in 20 to 25 startups in its growth fund).

Thus, no one knows what to expect of QED’s deal-making process yet. Morris opines that people shouldn’t read that to mean a lack of activity and non-commitment. “We will build something special here. But we’ll do it in a very balanced and thoughtful businesslike way,” he said.

One thing is sure, though: Just as it is with its global strategy, QED, which has invested in 23 unicorns with over $4.6 billion AUM, will back African companies across the entire spectrum of investing, from pre-seed stage to IPO.

The company has made 170 investments globally. It’s yet to make its first in Africa, but hiring two investment professionals on the continent — a partner and principal — is a welcome start for the continent’s tech ecosystem.

QED Investors closes on $1.05B across two funds to invest in fintech companies globally