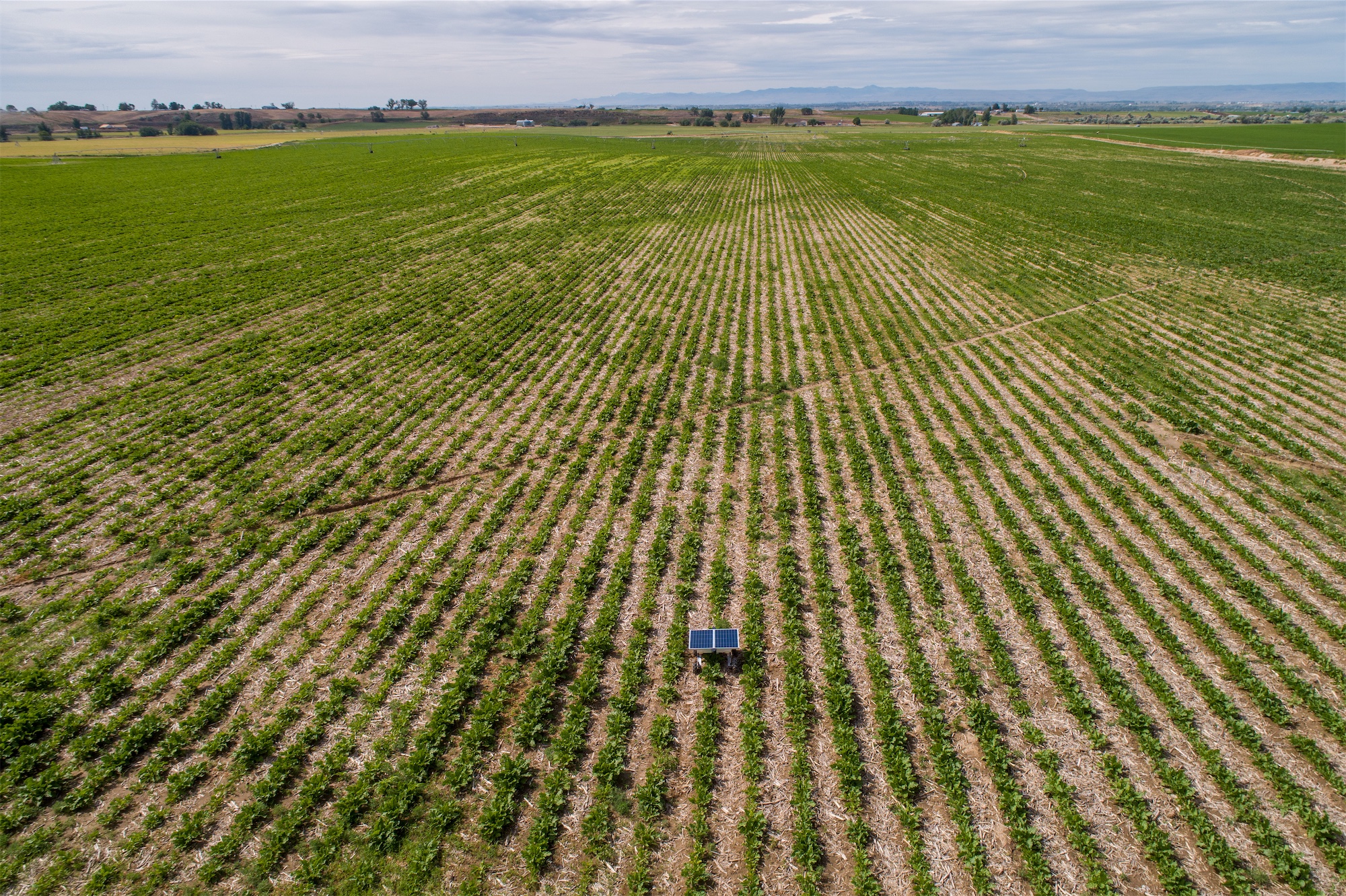 Even though the only thing the robot can do right now is pull weeds, Aigen is adamant it isn’t building a weed-whacking robot. It claims to be on a mission to terraform the earth, and says it has a path toward making agriculture carbon positive. It must have made a compelling argument, because it just announced a $4 million seed round led by NEA, with participation from AgFunder, Global Founders Capital and ReGen Ventures.

The company is building solar-powered, autonomous robots that can zoom around in fields, using computer vision to tell friend from foe and plant from weed. In its first incarnation, the robot — in a fine “hot dog / not hot dog” impersonation — simply bumbles about, covering up to three acres of farmland per day.

“My relatives are farmers in Minnesota, and I’ve been talking with them for quite some time. They’re really experiencing some trouble with traditional agriculture approaches. Even the diehard people that love chemicals, that love tilling the earth and other practices that have been releasing carbon in the atmosphere for thousands of years are starting to realize, hey, maybe we should be open to other ways to do this,” reflects Richard Wurden, CEO at Aigen. He is particularly passionate about throwing agriculture’s carbon output in reverse. “Right now, agriculture is about 16% of carbon emissions. In the future, it has the potential to go negative, by reducing diesel emissions, soil compaction, chemical usage and reducing tilling.”

The basic premise the startup makes is that overall, photosynthesis is carbon negative: Plants take CO2 from thin air and turn that into sugars – – carbohydrates, to be exact. In effect, the plants are taking carbon out of the air and sticking it back into the earth. Aigen argues that by changing technology and the ways agriculture is done, carbon neutrality — or even negativity — is within reach. The weed-picking robot is merely the first step along the company’s path, the founders claim — create something that has real value now, in order to expand the platform and fulfill more and more of its mission further down the line.

“We are collecting data through images. There’s multiple cameras on the robot, and we are using an AI onboard that we’ve pre-trained to identify plants and various objects. Once we know what we are looking at, we either remove or propagate the plants with two robot arms underneath the robot,” explains Kenny Lee, the company’s COO, making an argument for the company’s smaller, lighter robots. “Heavy machinery compresses the soil, which means that the roots grow sideways, instead of down. That’s a problem, because you can’t put the carbon the plants capture deep into the ground. By using fewer tractors and large commercial devices, you can change how agriculture works.”

Toot, toot! (It is unclear whether the robot actually has a horn or a whistle, so that sound effect is entirely a fiction of your correspondent’s imagination.) Image Credits: Aigen

The company declined to disclose the valuation of its fundraise.