Home » News & Trends » With $8M seed round, Protai leverages the proteome to speed up drug discovery 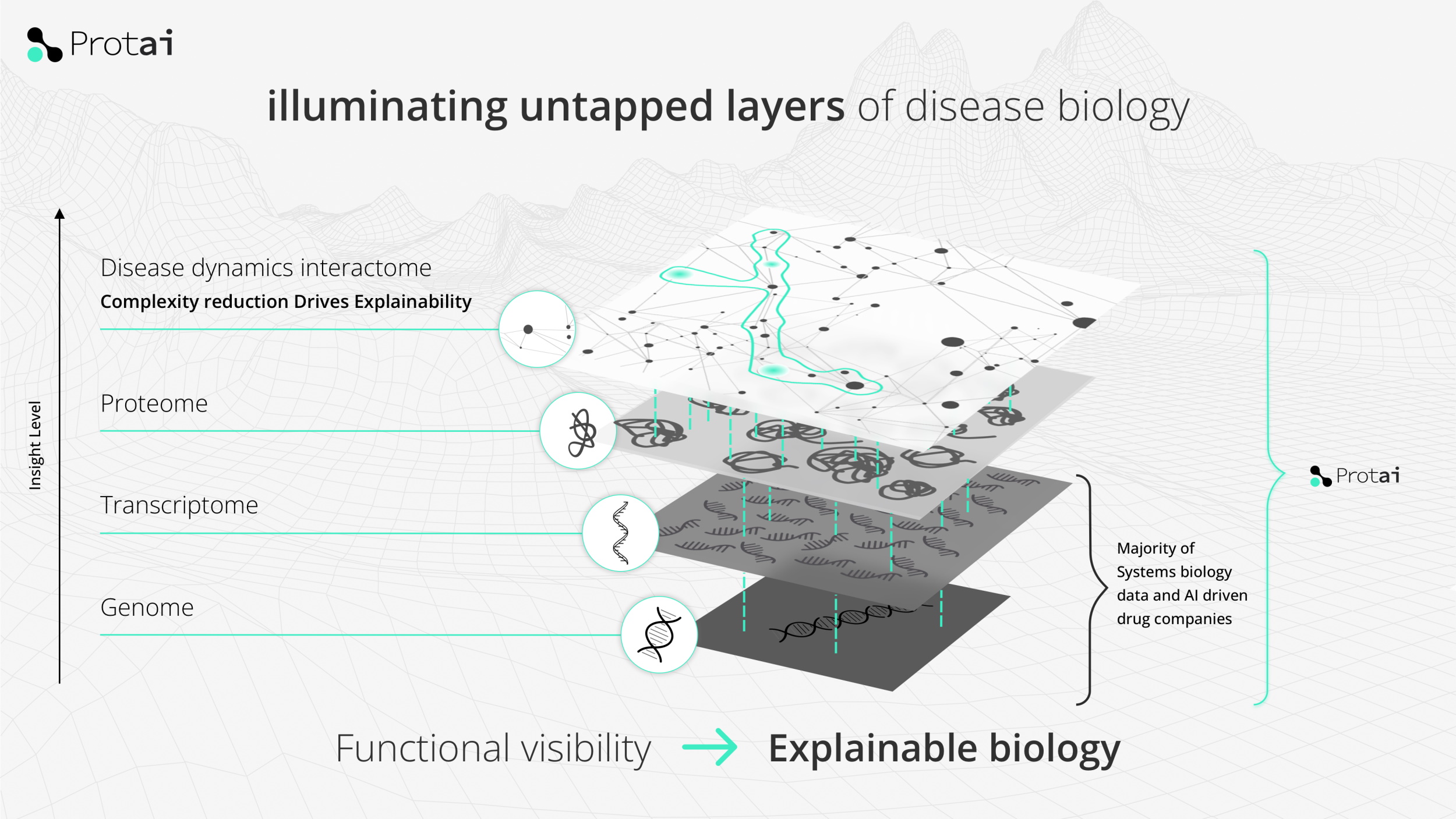 With $8M seed round, Protai leverages the proteome to speed up drug discovery

Tech is an increasingly important part of the complex drug discovery and testing process, and with advances in processing power and algorithms it is tapping new areas for analysis. Proteomics, the domain of proteins and their interactions is up next, and Protai is one startup getting to work on it after raising an $8M seed round.

Diseases cause a variety of phenomena in the body, at various levels of organization. Say a disease cause cell death in the liver — why? Because cells are producing too much of this compound. Why? Because the inhibitor molecules don’t bind to the proteins that activate the production mechanism. Why? Because the RNA coding the protein has been damaged. Why? And so on.

Where Protai fits into that stack is above the genome and transcription level, where genetic factors can be identified, and below the cells and systems layer, where problems become more obviously visible as symptoms.

To start, the company put together what it claims is the largest proteomic database, some 50,000 samples from 6,000 papers, and harmonized the chaotic data (natural language AI was helpful here) so it can act as a single source of information.

“The idea is that instead of analyzing a small sample study, you want to analyze all of the data out there on a particular disease, but it’s apples and oranges because proteins were collected and sequenced from a variety of conditions, instruments, protocols, and controls,” explained CEO and co-founder Eran Seger.

By putting them all together they can produce a higher-level “map” of proteins and their interactions in the context of a given disease. Knowing more about what’s happening at a molecular level is always good.

“Our improvements in biological explainability give rise to better drug targets and drug candidates,” said Seger. “In our lung cancer proof of concept, we pinpointed several high-value targets that we are currently pursuing in our independent drug program, together with other markers that will help expand the use of known drugs into this indication.”

The company hopes to be able to span the drug discovery and testing process from tissue testing all the way to final clinical testing.

A recent development in the proteomics world that may change how all this works is the use of AI-powered models to determine the structure and functionality of proteins generally known only by their signature sequence of amino acids.

DeepMind’s AlphaFold and the University of Washington’s RoseTTAfold models are capable of accurately predicting the structure of proteins based on their sequence, something that was previously only possible with expensive lab testing. It’s shaking up entire disciplines that relied on the old methods.

CTO and co-founder Kirill Prevzner said the advance is welcome: “We are integrating structural proteomics tools, such as AlphaFold, into our solution in two main ways. One is to further improve the prediction of protein-protein interactions. The second is in drug-target interactions. Both allow us to develop and optimize the best drug solutions for our targets.”

The $8M seed round, led by Grove Ventures and Pitango HealthTech, will go (as seed rounds often do) toward the development of the new platform and building out partnerships and other programs.