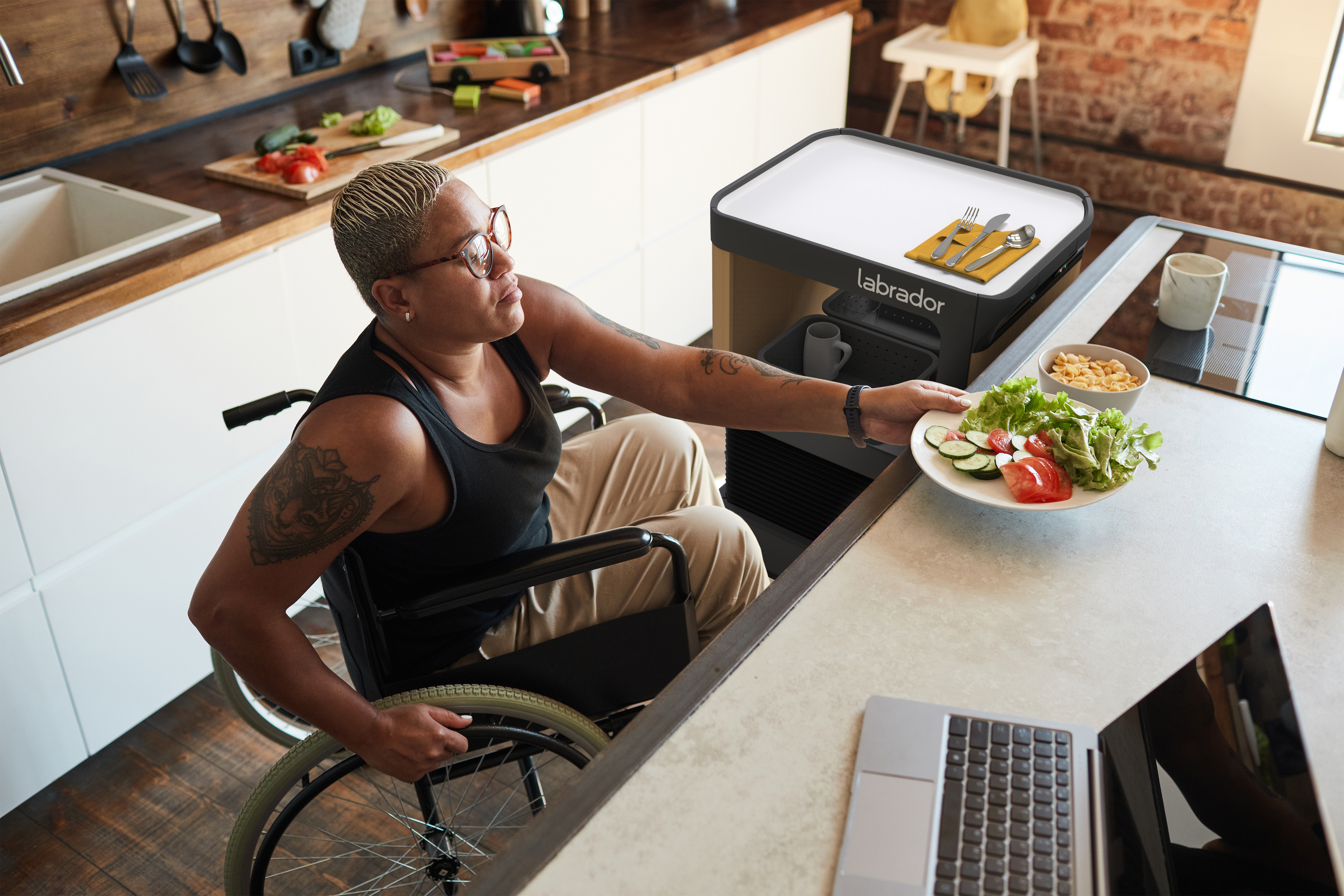 Back at CES 2020, Labrador Systems co-founder/CEO Mike Dooley told me, “I think there are fewer fake robots [at the show] this year.” Over the past several years, we’ve seen the show begin to treat robotics less as novelty and more as serious home devices. At the time, the company had rented a suite where it was showing off an early version of the system it would come to call, fittingly, Retriever.

Early last year, following the first all-virtual CES, the company began rolling out prototypes to select users. At this week’s show, we’re getting to see the fruits of those early tests, in the form of testimonial videos. Retriever is effectively a more refined version of what I saw two years back, but essentially works on the same principle. It resembles a robotic bar cart, offering assistance for elderly users and people with limited mobility.

If you’ve been following the industry, you no doubt know that eldercare has been a big business for robotics in Japan, due to an aging population. That’s been less of a case here in the States, though companies are starting to follow suit. Retriever is one of the best examples I’ve seen thus far of an American company purpose-building a robot to assist people in this way. The product is primarily aimed at those people who are capable of living independently, but could benefit from an added robotic hand.

“There’s a significant portion of our society that’s massively underserved,” Dooley said in a release tied to the news. “When pain or other health issues start interfering with your ability to move yourself or other things, even short distances can have a major impact on your independence, quality of life and overall health. The Retriever is meant to help physically bridge some of that gap and empower individuals to be more active and do more on their own.”

The system is capable of carrying up to 25 pounds, and can be used to deliver laundry, meals and other payloads around the house. It features a retractable tray system that can move objects onto the cart from counters, shelves and a bespoke refridgerator the company says it’s planning to offer. Underneath that is an additional storage space for things like food and medication, as well as a port for charging phones.

The system will also feature voice control by way of Alexa — fitting, given that the Amazon Alexa Fund was one of the startup’s backers (along with SOSV/HAX, iRobot and the National Science Foundation). Following an upcoming beta test period, Labrador plans to hit commercial sales by the second half of next year, at a range of different price points, based on functionality. Early adopters can secure a Retriever unit for $1,500 up front, plus a monthly services fee of between $99 and $149 a month, depending on financing.

The company is also using the opportunity to announce a $3.1 million seed round co-lead by Alexa Fund and iRobot Ventures. The funding will go toward increasing headcount for engineering and accelerating production.

“Labrador is advancing the state of the art in what it means to provide assistance to people aging and with mobility challenges,” Alexa Fund’s Paul Bernard said in a statement tied to the news. “They are addressing a significant problem in our society and have brought their decades of experience in consumer robotics to bear, delivering a product that will help empower people to live better lives.”