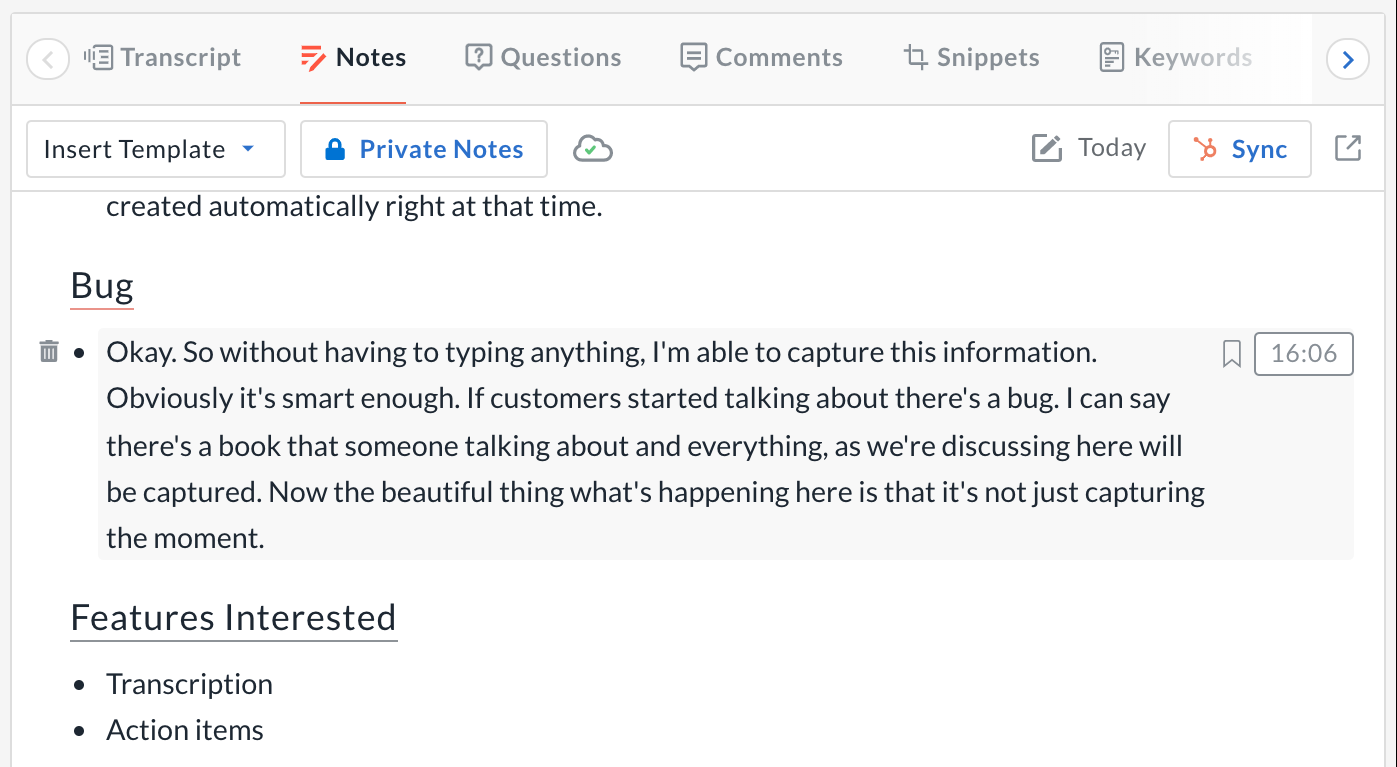 Taking notes during a meeting is an art form, requiring multitasking skills for listening, typing and coming up with intelligent things to say while you do the other two. Not to mention the three or four different applications we use to prepare, run and follow-through with meetings.

Avoma thinks we are doing too much and using too many apps during meetings and something is bound to get lost. It developed software that automates meeting workflows and makes nearly any kind of conversation more actionable.

Founded in 2017 by Aditya Kothadiya, Devendra Laulkar and Albert Lai, Avoma developed an artificial intelligence meeting assistant that has templates for meeting agendas and takes both notes and video, transcribes everything in real time, summarizes the notes and calls out actionable insights for participants in the agenda.

CEO Kothadiya was previously with [24]7.ai, a customer acquisition and engagement software and services provider, which acquired his company, Shopalize, in 2013. He says Avoma gives people a few hours of their time back per week, and on average, improves meeting outcomes by 30%.

“As a product leader, I was constantly in meetings and spent time taking notes,” he said. “With every new product, I would hand it over to the customer or product market team, but would find that during meetings, I was not listening to what was going on because I was taking notes. We wanted to apply technology to this so we would make sure nothing was lost.”

Workplace productivity tools are not new, and certainly gained adoption and attention as everyone worked from home during the global pandemic. However, Kothadiya believes that what sets Avoma apart is bringing meeting management, AI assistant and conversation intelligence into one tool, rather than continuing to purchase multiple tools.

It even integrates with a company’s CRM to add information. In addition, the technology enables the user to see who did most of the talking during the meeting and when. You also can search for keywords and listen to a snippet of video from there.

“AI does the first draft, but then you have notes and can go back and highlight notes and provide more context if you need to,” Kothadiya added.

The company plans to use the new funding in three pillars: AI, user interface and workflow integrations. It will continue to improve its machine learning and natural language understanding capabilities to automate note-taking and also other user cases across a meeting’s entire lifecycle.

It also will invest in product development so the tool provides a good user experience that has low friction. And, it will also continue developing its AI assistant and its integrations into a company’s existing systems.

The new funding comes at a time when Avoma is seeing some good growth. The company’s revenue has grown over 400% each year for the past three years, and it touts a customer list of more than 300.

The company has also been facilitating that growth with a fairly lean team. Employee growth doubled since last December to 15, but with the new funding, Kothadiya plans to pump that up by four times in the next 12 months across positions and in both North America and India.

Meanwhile, Jett Fein, partner at Headline, said he is particularly interested in products with “obsessed customers.” He saw that with both Gopuff and Avoma and believes Avoma will be the product of choice for mid-market companies and is the glue holding the sales process together in our new remote world. In fact, Avoma was a product Headline started using internally as an investment, “and loved it.”

“It helped in our own processes, and when we talked to their customers, they were obsessed, many of them saying they could not live without it,” Fein said. “They said it made their work that much more efficient. We heard that more consistently, and it piqued our interest in a huge way.”

3 views on the future of meetings