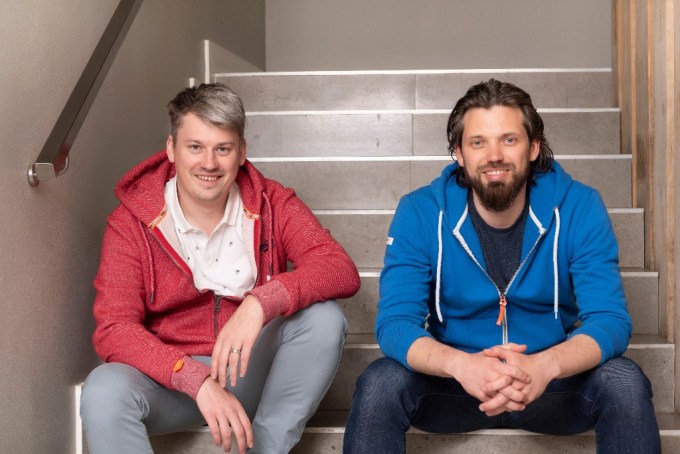 Planet42, a South Africa-based car subscription company that buys used cars from dealerships and rents to customers via a subscription model, has raised $30 million in equity and debt.

The investment — which co-founder and CEO Eerik Oja called a bridge round — is a prequel to a larger Series A round next year. It comprises $6 million equity and $24 million in debt financing.

The company raised $2.4 million in a seed round in June 2020 and followed it with $10 million in debt from emerging markets-focused venture debt fund Lendable in December. The fund doubled its participation in this recently raised debt round at $20 million, while other investors completed the rest.

Naspers, through its early-stage investment vehicle, Naspers Foundry, led the equity round with $3.4 million. Existing investors include Change Ventures, the lead investor from Planet42’s seed round, as well as Startup Wise Guys, Martin and Markus Villig of Bolt, and Ragnar Sass of Pipedrive.

Planet42, though based in South Africa, has Estonian roots due to the founders’ heritage: Oja and CFO Marten Orgna founded the company in 2017. In an interview, Oja mentioned that they created the car subscription model to cater to private individuals ignored by South African banks when they need vehicle financing.

“Our car subscription [model] is socially inclusive. For us, the differentiating factor is our customers would not have a car without us,” Oja said, adding that because the company is buying second-hand cars, the unit cost is lower compared to a subscription model that purchases new cars.

It can be challenging to get a personal car in most emerging markets, especially if one’s income isn’t stable. And without a good credit history, lenders tend to ignore people with bad credit or give them unfavorable interest rates for vehicle financing.

Planet42 is one of the few upstarts focused on the African market tackling this inequality via a car subscription offering. The company claims to use proprietary scoring algorithms superior to traditional credit scores in assessing risk in underbanked customer segments.

The company has over 700 dealerships. And with its algorithms, customers can find out what budget suits them and choose new or pre-owned cars from Planet42’s dealerships network.

After that, Planet42 buys the car and rents it out to the customer on a subscription basis. Planet42 claims that of all the customers served so far, 89% would have had no other means of gaining access to a personal vehicle.

“We’ve gotten so good with our scoring that we can now enable the customers who couldn’t get bank financing to get a brand new car. We have figured out a way how to do it sustainably that we can put entry-level brand new cars in the hands of the same target market and customers who are unfairly ignored by banks,” the chief executive said.

Four years later and $50 million in equity and debt raised later, Planet42 has listed more than 7,000 cars to customers in South Africa. This number was 3,000 when Oja spoke with TechCrunch in March, and he noted that the company grew 25% month on month in 2021.

Autochek and Moove are other companies offering similar services in parts of sub-Saharan Africa. While Moove focuses on financing ride-hailing cars, Planet42 and Autochek services are targeted at private individuals. Planet42 has a cohesive network of automobile industry stakeholders on its platform.

Both Moove and Autochek have made inroads into other African countries after initially launching from Nigeria. But for Planet42, the next attractive market lies off the continent.

“We’re just not doing it right now, but we’re not ruling it out for the future,” Oja answered on whether Planet42 would expand into other parts of Africa. “However, the main reason is market size. South Africa has like 25% of all the passenger cars on the African continent; that means that whatever market we go next in Africa will necessarily be smaller than South Africa. In South Africa, 1.1 million second-hand cars get sold and bought every year. In Mexico, that number is 7 million. So the Mexican market is six times larger than South Africa. So we want to go for the really big markets.”

The company said it has bought its first cars for clients in Mexico. Similar challenges stemming from transport inequality abound in the country, where 63% of the population deal with only cash.

But Mexico is one of the few countries Planet42 plans to expand to in the foreseeable future, said Oja, who also said that the company has set up an office and employed two staff.

He said the company hopes to have bought over 1 million cars for its customers across its present and future markets by 2025. Planet42 said it has also made strides in becoming a carbon-neutral company via a wind farm project in Northern Cape, South Africa. The car subscription company financed the farm for months with money from carbon offset credits.