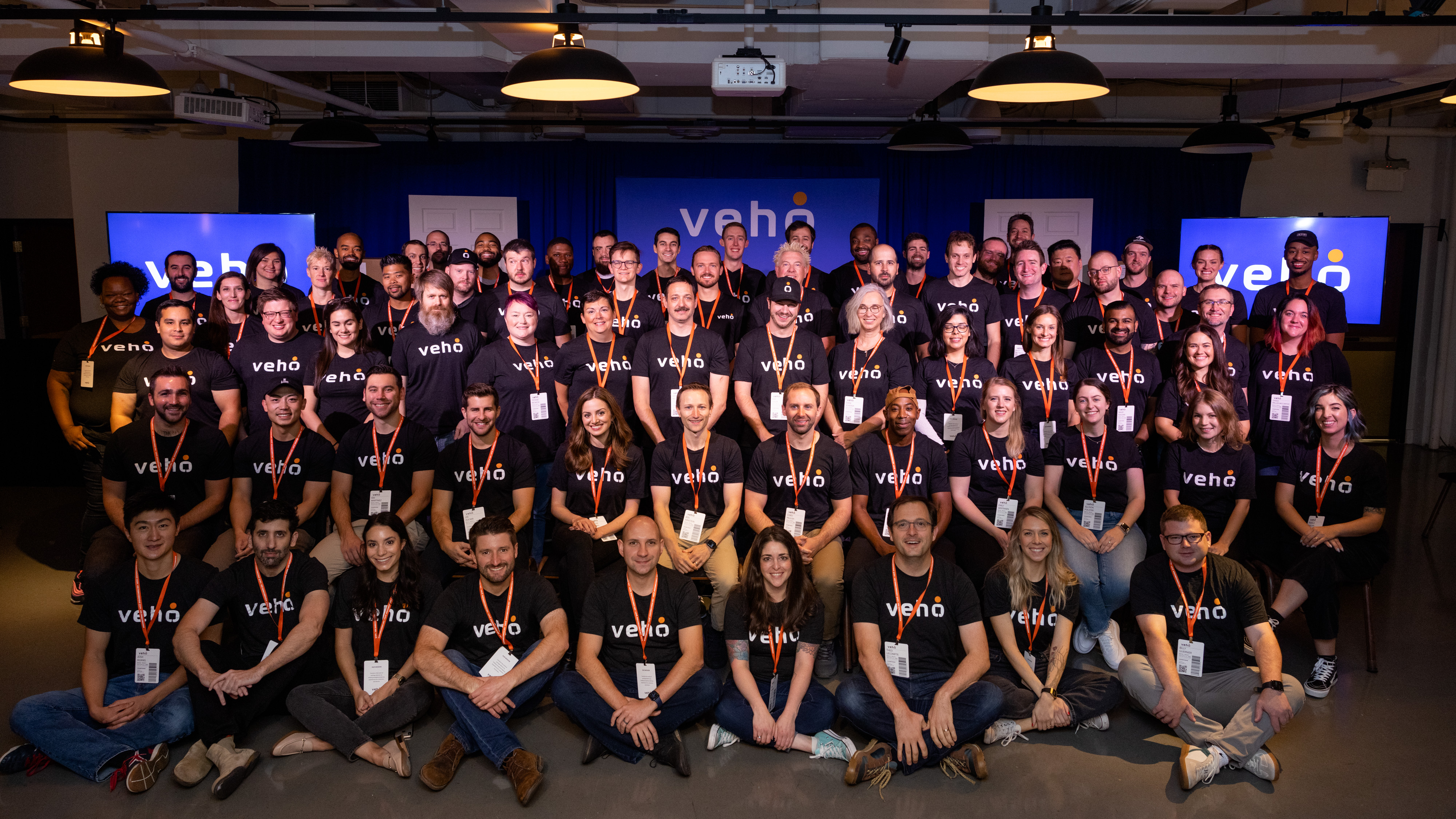 Veho, a startup applying technology to next-day package delivery, aims to solve the last mile of delivery — how packages get from fulfillment centers to the customer’s door. It also wants to do it with a unique flair: providing transparency into deliveries that starts with the option of when, where and how customers want their packages delivered and then real-time communication throughout the whole process.

Since raising its seed round in the summer of 2020, New York-based Veho has grown 40 times in revenue, while also increasing its employee count from 15 to 400, Veho co-founder and CEO Itamar Zur told TechCrunch.

It is already working in 14 U.S. markets, but plans to grow to 50 markets by the end of 2022. To do that, and invest in technology development, growing the team and introducing and scaling its doorstep returns program, the company announced $125 million in Series A funding that valued the company at $1 billion.

General Catalyst led the round and was joined by Construct Capital, led by Rachel Holt, Bling Capital, Industry Ventures, Fontinalis Partners and Origin Ventures. The latest funding round gives Veho a total of $130 million raised to date, Zur said.

Walmart announces GoLocal, a last-mile delivery service for other retailers

You might be asking yourself why in the world a young company would take on so much capital up front like that, but Zur responded that Veho is “a substantial platform, not a small operation at this point, and we want to maintain fast growth.”

“We have an opportunity in the midst of the biggest e-commerce revolution, and after growing fast through the pandemic, that is not going away,” he added. “Customer experience is changing in front of our eyes, and other than speed and communication, what brands want to provide is visibility and data. We think it is the perfect time to take in more capital to continue to grow at a phenomenal rate.”

Sure, Amazon has a bear hug on about 50% of the last-mile market, and there is no debate that they are doing well here. Zur doesn’t deny it either, but he does see an opportunity to offer the same kind of delivery service for the 50% of e-commerce businesses that want to offer something faster than seven to 10 business days.

Veho’s technology matches package delivery demand with qualified driver partners and can then let customers know the actual time of day when they will receive their package and even when the driver is headed their way. It is also making it possible to reschedule a delivery in real time, change an address or provide personal delivery instructions.

The idea for the company stems from Zur’s own experience. While in business school, he bought a subscription for meal delivery, but his first package never arrived. Zur recalls trying to get in touch with the delivery company, and after waiting for 40 minutes, the call was disconnected. As a result, he canceled the subscription, which is not unlike what other consumers do as they become more intolerant of receiving packages late or not at all.

“In an increasingly competitive e-commerce space, there are tons of companies looking for similarly fast delivery as Amazon, but lack the scale to do it,” Zur said. “Veho levels the playing field for these brands. The biggest missed opportunities are connecting the dots between the pre-packaged experience and delivery to help brands build more loyalty and for people to stay with them longer, to buy more and buy more frequently.”

Veho is not alone in trying to solve the last-mile problem, and is among companies around the world also raising capital for their approaches. For example, in the past six months, we saw Zoomo, Cargamos, Coco, Deliverr and Bringg announce new rounds. Walmart also introduced its Walmart GoLocal program in the summer for other retailers to tap into the retail giant’s delivery network.

Zur doesn’t see Veho competing against the likes of Deliverr or some of those others, but does see the company competing with the national shipping companies. He believes their technology was designed for “an older world” that didn’t include e-commerce, and that is what separates Veho from them — that it was built “entirely around the needs of e-commerce customers” with a vision of how that sector will grow over the next decade.

The global last-mile delivery market was valued at around $108 billion in 2020 and is set to grow by $146.96 billion in the next four years, with North America contributing to 39% of that growth, according to technology and research company Technavio.

With purchases shifting to e-commerce, the logistics and parcel delivery sectors are racing to keep up with demands. They’ve also been met with major setbacks in the past few years. From the aptly dubbed “shipaggedon” during the holiday season in 2020, to manufacturing and shipping delays for everything from semiconductors to getting a ship into the port.

Veho wants to make the delivery experience so awesome that it facilitates trust between the consumer and e-commerce company so that consumers return to order again. Zur notes this is already happening, citing that its customers, which range from selling apparel and accessories to food and packaged goods, saw a 20% increase in customer repurchase, 40% increase in customer lifetime value and an eight-point increase in net promoter score compared to customers who received their box from a traditional shipping company.

Meanwhile, Kyle Doherty, managing director at General Catalyst, said there is room for more companies going after an $800 billion e-commerce market, of which half stems from the U.S., and that is forecasted overall to grow around $100 billion each year.

Like Zur, Doherty had his own frustrations receiving packages at his home in San Francisco, which he said is notorious for having problems with package thefts.

“You feel helpless and that you’ve lost control of the situation,” he added. “We have had a front-row seat to the dramatic acceleration in the use of e-commerce and a stressed supply chain. We had a belief that computer technology would enable logistics providers to provide a better experience. When I was introduced to Ita, I got it instantly. He also has empathy for merchants and consumers about the consumer experience, and that stood out on many fronts.”

Last-mile delivery in Latin America is ready to take off