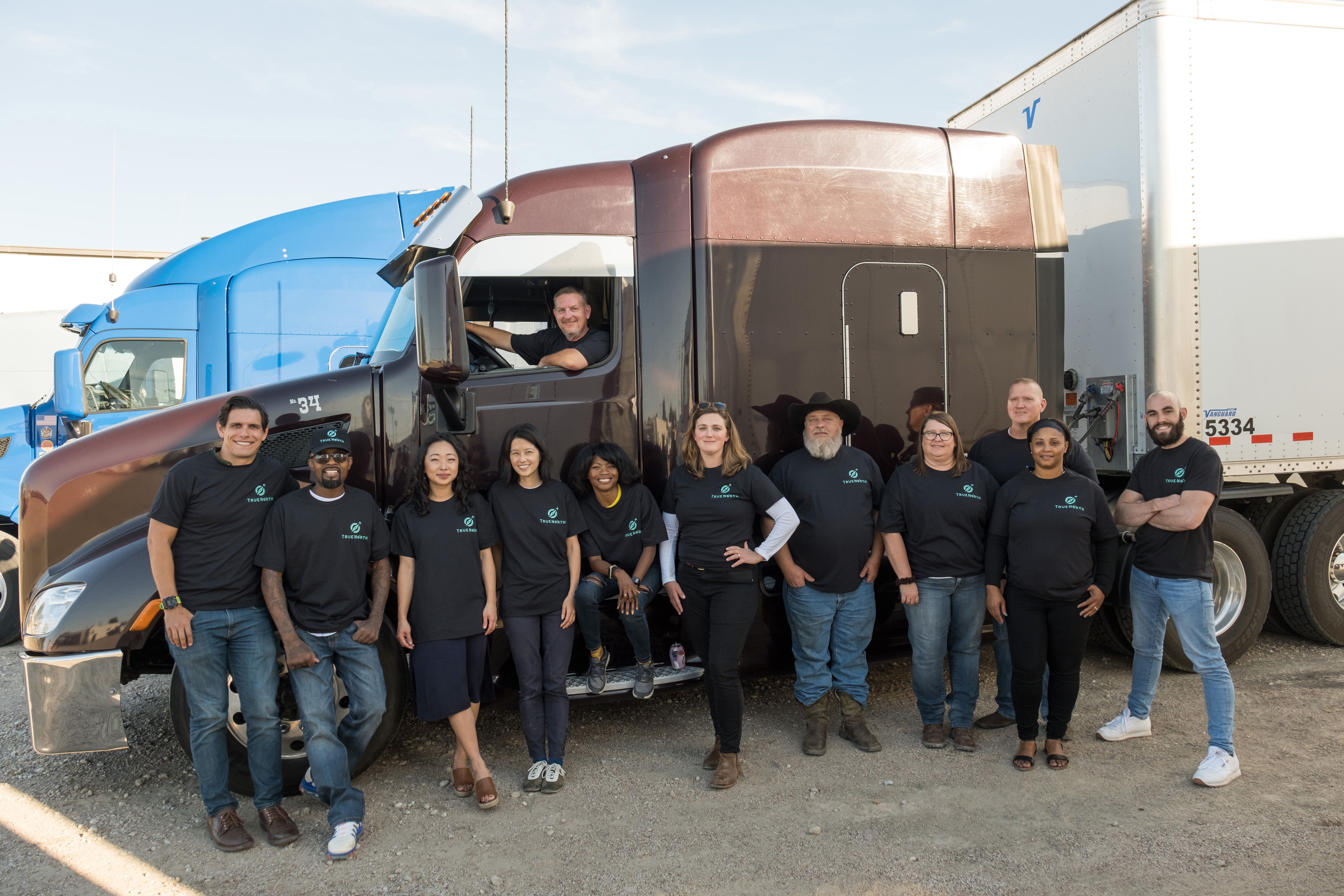 Jin Stedge studied aerospace engineering at MIT, but after she found herself at Scotty Labs, an SRI International spin-out focused on autonomous driving, she says she came to appreciate how far away the tech is from large-scale adoption.

Indeed, when Scotty was acquired by DoorDash in the summer of 2019, she teamed up with Sanjaya Wijeratnebut, a colleague and senior software engineer at Scotty Labs, and they got to work on a more ruthlessly practical challenge: empowering truck drivers to run their current businesses more efficiently.

For Stedge, it was largely personal. Her  grandparents were owner operators who acquired up to six trucks in the 1980s; her uncles and cousins later entered the business, too, she says. Armed with their insights, she knew the daily difficulties that independent truckers endure.

She also knew that predictions by AI experts who said truck drivers would be out of work by 2027 were flat wrong. “If you think about what long-haul truckers do,” says Stedge, “they go over the Rockies, they have to tarp freight to the back of their trucks, they’re often without cell service for hours at a time — that kind of environment is just really hard to automate.”

It helped, of course, that the market they’d be chasing is enormous. It’s no coincidence that so many startups have flocked to address different aspects of the trucking industry, from brokers and load marketplaces to outfits that help with cash flow, make equipment, provide insurance or make compliance products.

In fact, the opportunity that Stedge and Wijeratnebut spied with their startup, TrueNorth, was to create a single, easy-to-use platform to help truckers manage their customers; find, book, and coordinate loads; optimize their routes; invoice their customers; and collect payment. It would also pay them upon the completion of a job, so drivers wouldn’t be forced to wait a month or more to be paid, as has long been customary.

The idea, broadly speaking, was for TrueNorth to give the independent truckers who make up somewhere between 10% and 20% of the industry the resources of a larger fleet — and better economics.

Y Combinator liked the pitch enough to welcome Stedge and Wijeratnebut into its winter 2020 batch. A seed check from Sam Altman quickly followed, then an $8.5 million Series A round led by former Stripe exec Lachy Groom.

Now, Stedge says, the company has just closed on $50 million in Series B funding co-led Groom and Altman (along with brothers Max and Jack). Many others have joined the ride, too, including  Flexport Fund, Tribe Capital, Original Capital, K5 Global, 137 Ventures, and Fifth Down Capital.

The question begged is whether TrueNorth, which already employs 50 people — half of them women, notably —  can deliver on its promises.

Certainly, the $50 million should help, along with $10 million in working capital that TrueNorth has separately secured from a debt provider. It’s already using that money to ensure its customers get paid promptly after each job.

The company is also already lowering costs for the roughly 200 truckers already using its software, insists Stedge. She says that just one way it’s doing this is pooling its customers together and securing lower-cost insurance for the group. (“An independent trucker who’s truly on their own will pay $20,000 to $30,000 a year in insurance, which is crazy,” says Stedge. “With us, they pay $10,000 a year.”)

TrueNorth says, too, that it increases drivers’ revenue by helping them find the highest-paying trucking jobs and making it simple to book them.

Still, one outstanding question is how effectively TrueNorth is able to reach its customers, given that it is targeting a very fragmented market. Stedge notes that the company has “never done outbound sales” because all of its customers have found the company on their own, and she says that 90% have additionally referred friends. With deeper pocketed rivals, it could need to spin up a more aggressive marketing strategy.

One rival in particular would seem to be a threat, and that’s CloudTrucks, which just two weeks ago closed on $115 million in Series B funding and whose founder, Tobenna Arodiogbu, previously cofounded Scotty Labs, where he was CEO.

Like TrueNorth, Arodiogbu’s vision is to help trucking entrepreneurs operate their businesses. As he told TechCrunch in late November, “Lots of tools are being built for brokers and shippers, but not nearly enough is being done for the truck driver who’s actually doing the really hard work.”

For her part, Stedge sees CloudTruck’s momentum as a strong signal to truckers and investors alike. “We serve the same customer, which is independent truckers, [but] I think it’s good, to be honest,” she says. “It’s a humongous market. It’s a $100 billion market, just in these independent truckers and small fleets. So the more people who are helping owner operations and who are doing that marketing and brand awareness, the better.”

In the meantime, Stedge is hiring fast, and revenue is starting to add up for the young company, which charges customers between 15% and 18% of all goods they move. (If that seems high, Stedge observes that big fleets often take closer to 40%.) Right now, those drivers are delivering between $30,000 and $50,000 per year per trucker, which puts TrueNorth’s gross revenue at between $6 million and $10 million. But that’s up 3.4 times over the last six months alone, and the company is still mostly operating in its first market Dallas, and more newly in Atlanta, says Stedge.

As important, she says: the company has been significantly improving its contribution margin, which is basically the portion of sales that helps to offset its fixed costs. “It doesn’t matter if you’re growing really fast if there’s a leaky bucket,” says Stedge, who could just as well be talking about one of her trucking customers.

“You want to know that you’re building a business that lasts, and we have been very efficient with our money.”