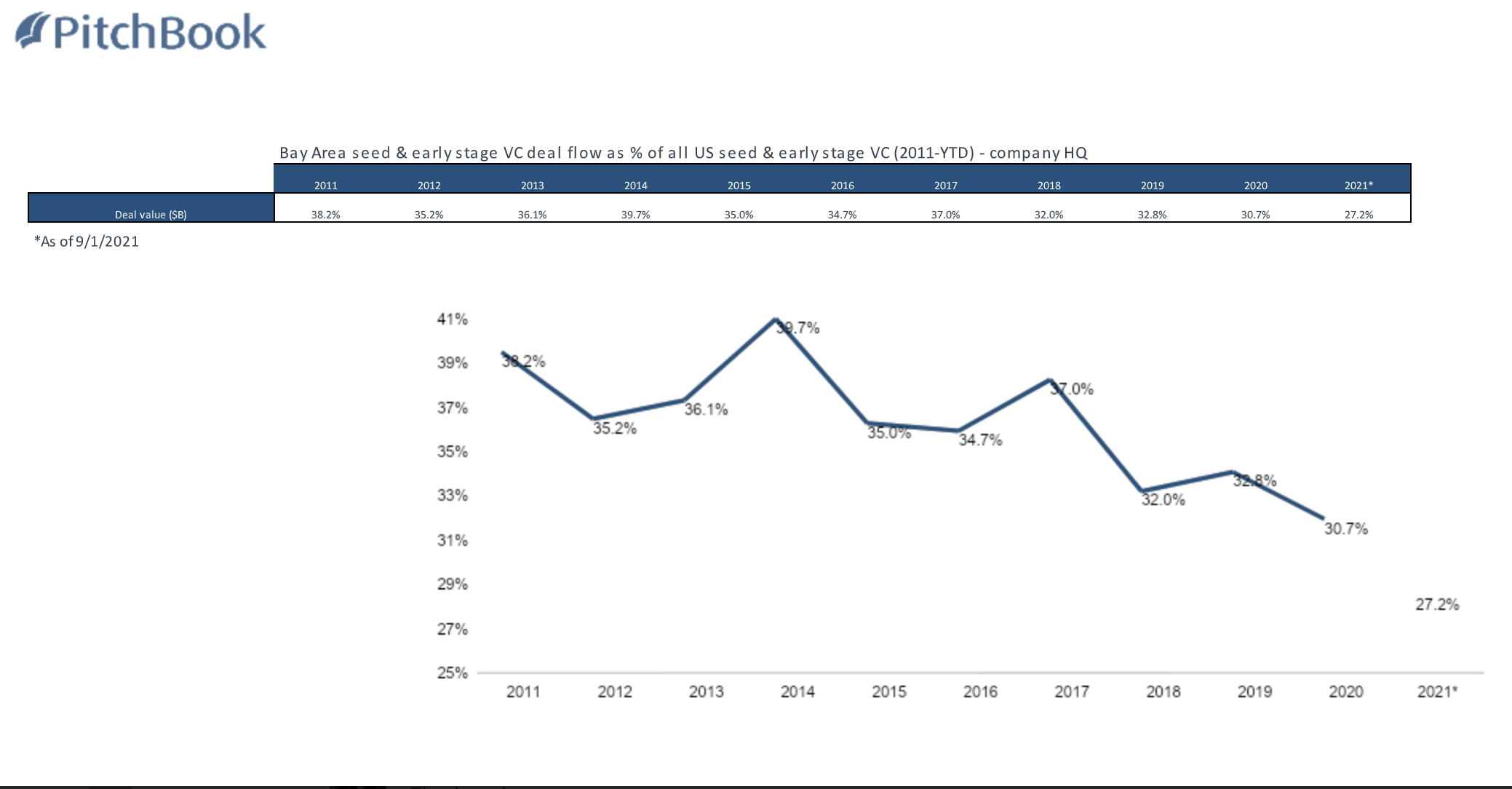 But that was a long time ago.

In recent years, Bay Area startups have accounted for a smaller percentage of U.S. VC investment, according to “Beyond Silicon Valley,” a new report co-produced by venture firm Revolution and PitchBook. So far in 2021, only about 27% of U.S. VC dollars have gone to Bay Area startups. It’s been more than 10 years since that percentage fell below 30%, the study said, despite the fact that the country is on track to see record amounts of venture funding overall this year. We dug into the report and talked to Revolution CEO and Chairman Steve Case about the findings.

Case is the founder of the Revolution trio of funds (including the Rise of the Rest Seed Fund), which focus exclusively on investing outside the major hubs of Silicon Valley, New York and Boston. Since launching the platform in 2014, Case and his teams have invested in 194 companies across 89 cities.

Not only is 2021 a record year for dollars raised, it’s panning out to be a record year for Bay Area- and NYC-based VCs who are investing in startups outside their regions. As recently as 2017, more than 50% of early-stage Bay Area dollars were received by Bay Area startups. Today, that percentage is 37%, according to the Revolution/PitchBook report.

In each of the past two years, at least $11 billion of Bay Area capital has been invested outside the three major ecosystems. A decade ago, that figure was under $3 billion.