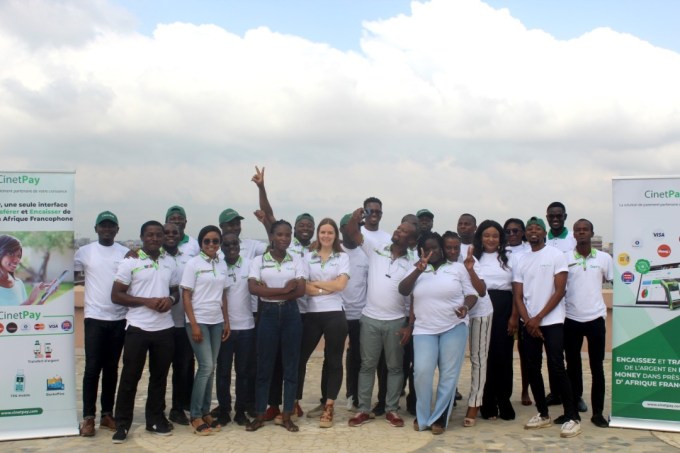 4DX Ventures and Flutterwave back Francophone Africa’s CinetPay in $2.4M round

CinetPay, a payment gateway that allows e-merchants and merchants to accept mobile money and other forms of payments in Francophone Africa, has secured $2.4 million in seed funding.

Pan-African venture capital fund 4DX Ventures and unicorn Flutterwave are the investors in the round, and it signifies two particular markers for the pair. CinetPay is their first investment in the Francophone region.

CinetPay was founded by Idriss Monthe and Daniel Dindji in 2016 after CEO Monthe experienced issues collecting payments at his previous startup, CinetCore, a site specializing in the sale of online domain names.

“When we launched our website to sell domain names online, we faced difficulty in collecting online payment after creating many PayPal accounts which were blocked by PayPal because we were in Africa,” the CEO told TechCrunch.

On the platform, merchants have to open an account and then upload their KYC, integrate Cinet’s APIs and start collecting payments. Each merchant pays an annual subscription fee of $20 a year and Cinet collects 1-1.5% commission on every transaction made.

Merchants on the platform range from e-commerce platforms and digital public services to insurance companies and schools. Since its inception, over 12,000 merchants have registered on the platform. However, Monthe admits that only 400 of them are active. Asked why the company had a poor retention rate, he said most active merchants have opened several accounts in the past before sticking with one.

It’s also possible that CinetPay’s numbers are a reflection of the presence of bigger payments gateways such as MFS Africa and PawaPay that target sub-Saharan Africa’s 562 million registered mobile money accounts.

Still, the company has done fine in its own right. So far, it has processed more than 30 million transactions for these 400 active merchants, processing about $12.5 million in transactions monthly.

“We’ve been tracking the Francophone Africa market for some time now, and have been impressed by CinetPay’s ambitious goal to digitize payments across the region,” said Walter Baddoo, co-founder and general partner at 4DX Ventures. “We look forward to partnering with the CinetPay team alongside our long-time portfolio company, Flutterwave, to help usher in the next phase of digital payments across the Francophone region.”

Flutterwave’s involvement in the round is a continuation of the unicorn’s partnership with CinetPay that started in 2019, said both companies in a statement. It is also a diversification from the mobile money moves Flutterwave has made recently where it signed a partnership with MTN to allow businesses in select countries to receive MTN mobile money (MoMo) via the gateway.

Flutterwave CEO Olugbenga “GB” Agboola said the investment in CinetPay is an example of the duo’s shared vision to “simplify payments on the continent.”

CinetPay said the seed investment gives it the opportunity to boost its sales and marketing efforts across the markets in West and Central Africa.

Monthe maintained that despite the company’s size being relatively smaller to that of its competitors, its geographical presence, technology and mission to “simplify payment and make it accessible via all channels” makes it different from other players. Ultimately, the plan is to be the foremost payment gateway in the next four years.