Home » News & Trends » The EVERY Co. grabs $175M as it cracks code on animal-free protein products 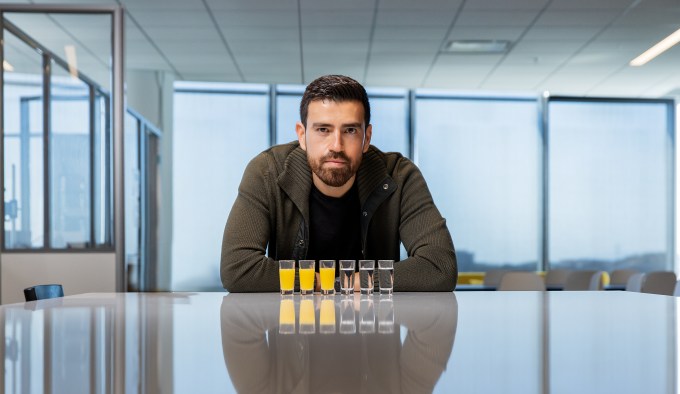 The EVERY Co. grabs $175M as it cracks code on animal-free protein products

The EVERY Co., a company that has developed a precision fermentation technology to make animal-free proteins, like eggs, is having a good 2021.

First the company, formerly known as Clara Foods, secured a deal in April with BioBrew, an investment of AB InBev’s investment arm, ZX Ventures, to brew its animal-free protein at scale. EVERY’s first egg protein will be launching as a co-branded ingredient with its first retail customer later this year.

Then today, it announced an oversubscribed Series C round of $175 million. The investment was co-led by new investor, McWin, and existing investor, Rage Capital. They were joined by other new and existing investors, including Temasek, Wheatsheaf Group and TO Ventures. Prosus Ventures also contributed to the funding, marking its first investment in synthetic biology, according to EVERY.

The latest investment brings EVERY’s total funding to $233 million. We profiled the company back in 2015 when it raised $1.7 million in seed funding. It then went on to secure another $15 million in Series A funding and $40 million in Series B funding in 2019. It changed its name to The EVERY Co. in October.

At that time, CEO and founder Arturo Elizondo said via a press release that, “Our new branding conveys our vision to fundamentally transform the food system for the 21st century so that every human, everywhere can enjoy the food they know and love without harming our planet or animals in the process.”

In addition to the name change, the company launched its first animal-free egg protein in November, called EVERY ClearEgg, making its retail debut via a partnership with cold-pressed juice brand Pressed, which is putting EVERY’s product into smoothies.

This is the culmination of seven years of work by the company, Elizondo told TechCrunch. The Series B in 2019 was about proving the technology and now with Series C, it can bring products to market and leverage the capital to drive scale, he added.

Also in the past two years, EVERY went from pre-revenue to revenue, grew from 30 employees to 60 employees, received U.S Food and Drug Administration approval for all of its products and is now selling in the U.S., Europe and Asia. In addition, the company now has two products in commercialization, including a pepsin protein, and one on the way, he added.

The new capital will enable the company to scale production, commercialize further products in its pipeline and expand into new food applications for its technology.

“We are now focused on scaling to drive adoption,” Elizondo said. “There has been a lot of press around B2C, but companies like Kellogg’s and General Mills want to catch up and launch these kinds of products, but infrastructure has not caught up. For these technologies to work and enable transition, you have to have the scale to match that. For us, we have started putting the Legos in place.”

Meanwhile, the egg market is still dominated by, well, eggs — worldwide, more than 1.3 trillion eggs are produced annually — something EVERY is working to change. The size of the company’s raise signifies that its technology is working and getting traction.

It joins with others working on similar animal-free egg products, like Simply Eggless and Eat Just, which raised $200 million earlier in the summer, and Perfeggt, a Berlin-based foodtech company poised to debut its chicken-less egg product in the first quarter of 2022. It secured $2.8 million in November.

Will Budweiser brew eggs and will Post cereal make meat?

Elizondo sees more companies in this area as “a rising tide lifts all boats” rather than competition. Instead, the battle is in awareness and getting the products just right so they can be a 1:1 ratio to real eggs.

“You can’t just make a tasty product because eggs are a functional ingredient in almost everything,” he added. “To have a shot at dominating the market, we have to allow consumers to make the transition and have a 1:1 ratio so we can have the biggest shot at giving the incumbents a run for their money.”

“It’s rare for a company to credibly claim revolutionizing a century-old industry,” said Gabriel Ruimy, managing partner of Rage Capital, in a written statement. “Arturo and the team at EVERY are doing just that.”

“The restaurant industry is one of the early adopters of new food technologies and their introduction to the consumer,” added Henry McGovern, founder of McWin Food Ecosystem Fund and AmRest, which operates over 2,300 restaurants globally. “Given our deep roots in restaurants and as a prolific investor in the leading alternative protein companies, McWin is uniquely equipped to support EVERY’s ambitious plans to bring its products to menus worldwide. Eggs are not only ubiquitous, but they are also incredibly difficult to replace; we see tremendous potential in EVERY’s revolutionary technology.”