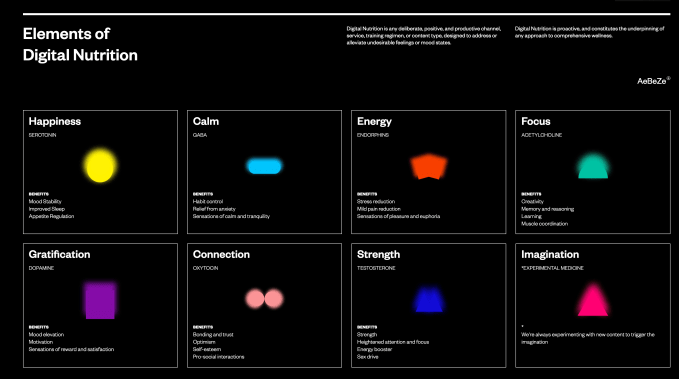 IRL, the SoftBank-backed social app and recent unicorn, is today announcing its first acquisition. The company is purchasing, for an undisclosed sum, the “digital nutrition” company AaBeZe Labs and its portfolio of IP with the goal of making IRL a healthier and more ethically designed social networking app.

AaBeZe’s founders Michael Phillips Moskowitz, the former “Global Chief Curator” of eBay, and former Medium Product Lead Brad Artizinega, along with other members of the AeBeZe team, will also now join IRL, where they’ll focus on building its discovery systems and other product features.

Used primarily by younger people under the age of 25 who aren’t active on Facebook, IRL combines social calendaring, group messaging, and events. While the company had originally focused on helping users discover real-world events, it shifted its focus to virtual events amid the pandemic. Today, it offers both, and has also grown to become a more full-fledged social networking app thanks to more recent introductions of features like group chat, user profiles, group calendars, and cross-platform support, among other things.

Before the acquisition, IRL had plotted a course to monetization that wouldn’t include advertising, which it sees as problematic to building a healthier social app. Advertising-driven revenue requires companies to design experiences that addict users in order to increase the time spent in their apps. IRL instead aims to make money by connecting users to their interests — like a paid subscription to a community or the purchase of event tickets, for example, where it can take a cut of the revenue generated by that sale.

It now sees the potential in using AaBeZe’s technology to make even smarter recommendations around the sorts of events and communities its users are interested in, while also being more transparent with users about why those recommendations are being made. This would set it apart from today’s social networks, where it’s not always clear why users are seeing the content that appears in their feeds.

AaBeZe Labs had developed a portfolio of IP, including solutions that were aimed at consumers, U.S. military personnel, and enterprise partners. This included digital products like the consumer-facing app Moodrise, for mood-tracking, a mobile tool called Daybreak built for the U.S. Air Force, and MoodTube, which analyzed YouTube content, and other things. The company had also has filed for 16 patents, three of which have been granted and 13 of which are in various stages of approval. And it owns the trademark, “Certified Digital Nutrition.”

Much of its work involved learning how its understanding of being aware of users’ “digital nutrition” and how that impacted our brain psychology. This knowledge, in turn, could be used to address and even prevent habits that led to problematic internet use and other riskier behavior.

This is in contrast to how modern social networks, had been built to capitalize on the psychology of addictiveness — for example, a pull-to-refresh gesture or that delivers fresh content also delivers an addictive dose of dopamine. (The documentary “The Social Dilemma,” you may recall, detailed many of the ways big tech had designed products to manipulate their users.)

IRL was particularly interested in AaBeZee’s Daybreak, a mobile calendar where users tracked their mood over time. They could then choose daily sessions designed to elevate their mode by watching, listening, or tapping through specific doses of content.

“We are focusing on bringing intimacy to the internet, and essentially learning from our predecessors. Right now, social media uses these tactics of understanding dopamine release [and] serotonin release to essentially build habits and habitual patterns around things that are unhealthy for us,” explains IRL founder and CEO Abraham Shafi. “We’re very interested in not participating in that, but in fact, doing the literal opposite — which is helping you build healthy habits, helping you build meaningful habits not just with yourself, but with your friends.”

Shafi says IRL plans to integrate Daybeak’s technology into its app, so that one day, users could launch the app and then be matched to content based on how they’re feeling that day. Users might launch the app and be asked to report their mood, for instance, much like Daybreak’s users did.

“It actually only truly functions with direct input — that’ll be the way that we’re doing it. So there’s a clear understanding between the user and the content that they’re receiving,” Shafi says.

The company plans to roll out the first integrations of AaBeZe’s technology sometime in the first half of next year.

AaBeZe Labs was just over two years old at the time of acquisition and had raised a little over a million dollars from investors.