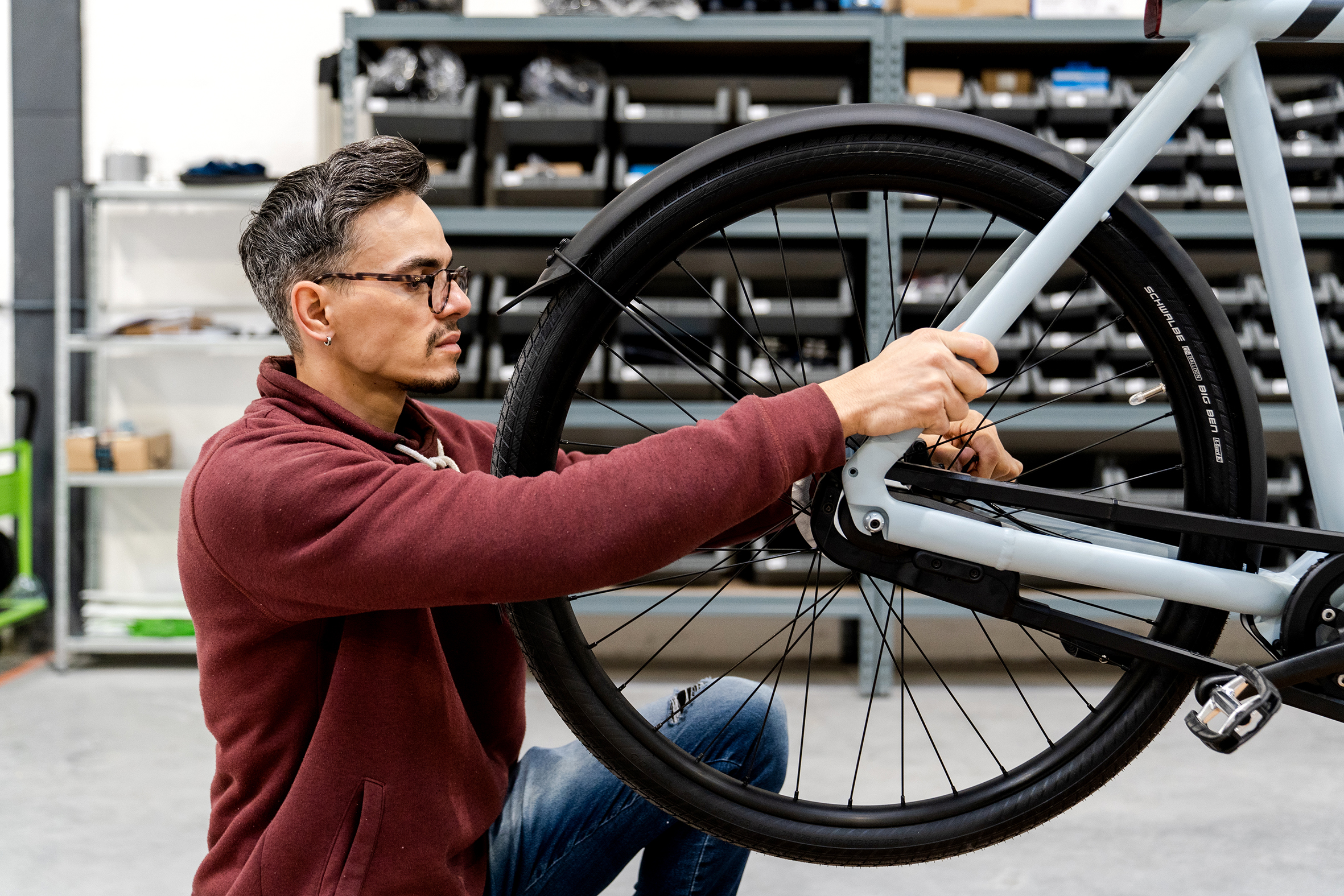 Meet Upway, a French startup that is building a marketplace for second-hand electric bikes. The startup just raised a $5.7 million (€5 million) seed round from Sequoia Capital and Global Founders Capital.

If you’re familiar with the world of online marketplaces for cars, Upway will sound familiar to you as well. The company buys electric bikes from both customers and companies. They check them and repair them in case something is broken. After that, Upway lists and sells the electric bikes on its website.

Right now, the startup has a warehouse in Gennevilliers near Paris. A team of five repairpersons check each bike that arrives with a list of 20 different tests. Upway can then ship the bike to customers in a cardboard package — the handlebar and pedals are detached from the frame.

On average, bikes are 20% to 50% cheaper than their original cost. You can find products from many familiar brands in the electric bike industry, such as Moustache, VanMoof, Cowboy and Canyon. All electric bikes come with a one year warranty.

Why electric bikes and not normal bikes? Co-founder and CEO Toussaint Wattinne told me that electric bikes are the fastest growing segment of the bike industry. Last year, 500,000 electric bikes were sold in France — that’s a 30% increase compared to the previous year. And yet, due to supply chain issue, it’s not always easy to find and buy a new electric bike right now.

Moreover, there’s more friction when you buy a second-hand electric bike as you don’t know if the motor still works fine and you’re not sure if you’ll have to replace the battery when you get it. And, of course, electric bikes are expensive goods so you want a no-fuss experience.

Upway buys bikes directly, which means that it technically owns the stock of electric bikes. It’s going to be a capital-intensive startup. But many companies have thrived in the used car marketplace space. Upway could follow the same path and grow alongside the electric bike industry.