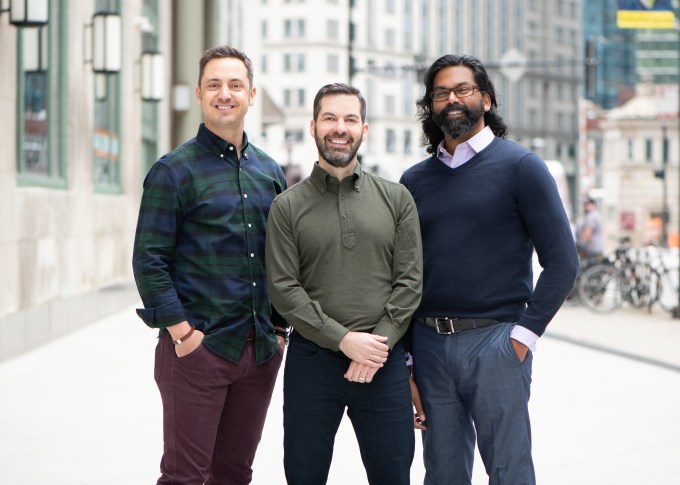 The Chicago-based company, formerly known as WatchTower, raised $8 million for its Series A round in January 2021. The latest round brings its total venture funding to $53 million since its founding in 2015.

Since the Series A, the company has grown from roughly 20 to 84 employees and hired four new executives to oversee engineering, sales, marketing, and product, CEO Ryan Sachtjen told TechCrunch in an interview. Sachtjen said the company will use the proceeds from its latest round to double its employee base in 2022 across these functions.

“A big part of our plan progression here for next year is making investments on the engineering side so that carrier integrations are more widely adopted,” Sachtjen said. The company will also announce a broader API strategy to strengthen connectivity with insurance carriers next year, which Sachtjen expects to be a major growth driver.

ThreeFlow’s product falls within a new category of software that it calls a “benefits placement solution” for insurance brokerages. Brokerages aggregate plans from insurance carriers and sell them to companies. In the past year, ThreeFlow facilitated over $600 million in transactions — double that of the year prior.

The brokers using ThreeFlow represent 7,600 employers and 40 insurance carriers across 34 US states today, and the company plans to continue its geographic expansion. The company now has over 100 enterprise contracts, up from 28 in January.

While the medical, dental, and vision insurance markets are “very mature,” Sachtjen said, companies are now looking to grow their offerings by adding new plans for employees including fertility, mental health, and financial wellness benefits, presenting new opportunities for ThreeFlow.

Brokers require a high degree of customization in their sales process because of the complexities of designing plans suitable for a variety of clients, a need that Sachtjen said has historically been filled by outdated, highly-manual systems like Microsoft Office.

ThreeFlow’s solution hinges on three key tenets, per Sachtjen — it is purpose-built for brokers’ specific needs, supports the entire placement process end-to-end, and serves as a true shared system of record between insurance carriers and brokers.

ThreeFlow’s deep relationships with brokers and carriers provide it with a trove of data it plans to leverage.

“We help pull that information together and provide it back to leadership on both the broker and carrier side, to help them make better decisions fundamentally at a leadership level, and to actually help them engage together more effectively between carriers and brokers, because there is a very dependent relationship structure between the two,” Sachtjen said.