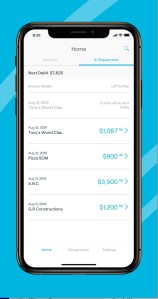 Fundbox, a company that offers loans to small businesses, announced today it has raised $100 million in a Series D round at a valuation of $1.1 billion.

Or more simply, the company aims to solve SMBs’ working capital needs through its credit and payments offerings. It is particularly focused on B2B-focused small businesses.

“We use artificial intelligence to deliver financial products that small business owners use to better run and grow their businesses,” CEO Prashant Fuloria told TechCrunch.

San Francisco-based Fundbox last raised in 2019 — a $175 million Series C that valued the company at $700 million post-money. That same year, the company also opened its Dallas office, now its largest in the U.S., “to capitalize on the talent pool there,” according to Fuloria.

Fundbox is refreshingly transparent about its financials, at least when it comes to revenue. The startup, which saw a pandemic-related boost in business, crossed $100 million in annual revenue run rate earlier this year. Today, it is “well and truly beyond” that, Fuloria said, although it is not yet profitable as it is focused on growth, he said.

Since the company launched its first product in 2013, it has “connected with” over 325,000 small businesses and transacted over $2.5 billion in working capital, the executive added. In 2021, Fundbox tripled its new customer acquisition rate. But the majority of its revenue comes from existing customers, who Fuloria describes as “incredibly loyal.” He believes one of the company’s biggest differentiators — besides its use of AI and data — is that it is focused on SMBs whose customers are other businesses, rather than consumers.

For example, Fundbox works with SMBs that serve consumers like restaurants, such as businesses supplying food or companies supplying cleaning and staffing services to these restaurants.

“These B2B SMBs have the same challenges as everybody else except that they invoice their clients and then they wait to get paid,” Fuloria told TechCrunch. “All of this capital tied up in unpaid receivables is a huge drag on those SMBs. So one of the things that Fundbox does is provide tools to unlock that working capital that’s tied up in unpaid invoices, which actually adds up to over a trillion dollars in the U.S. alone.” Customers, he added, can receive approval in minutes, with access to capital as soon as the next business day.

Khosla led Fundbox’s Series A in 2014 and founding partner and managing director David Weiden said his firm was initially — and remains — impressed with Fundbox’s founders’ ability to recognize there were “dramatic increases in the availability of relevant data in the small business market.”

“Many companies talk about data and using AI; ironically, only a few have any data that demonstrates the actual effectiveness of their approach,” he wrote via email. “Fundbox, including over the exceptional pandemic period, delivered strong results and are on a path to continued growth and scale.”

The company’s customers range from sole proprietors with a few dozen employees and as little as a few hundred thousand dollars a year or businesses with as much as a few million dollars a year in annual revenue. Fundbox asks its customers to connect with it via some aspect of their transactional system, such as their invoicing app or even their bank account.

“We look at these business transactions sitting in their systems and put together what we call a business graph where you can imagine the nodes of the graph being all these small businesses that are trading with each other, with the customers being their vendors and the connections being their transactions,” Fuloria explained. “And that graph becomes our picture of the small business economy to derive signals or features that can be used to assess the risk of a B2B transaction or a B2B small business.”

The company then uses those risk assessments to provide tools, such as working capital on tap or the ability to get instant funding against an invoice. It also integrates with other companies’ technology. For example, it’s partnered with Intuit and is natively integrated inside of QuickBooks. It also shows up in places like FreshBooks’ accounting software or in Synchrony’s merchant center (Synchrony is an investor in Fundbox).

The small end of the small businesses are often ignored by large banks, Fuloria contends, because the average bank spends over $3,500 (largely in human capital) in assessing a small business’s risk. For loans that aren’t much more than that, it’s not exactly worth it. However, to be clear, Fundbox says it offers up to $150,000 in lines of credit.

“Our focus on using AI to make these decisions really helps us shine because more than 99% of all our decisions are completely automated without any human involvement whatsoever,” Fuloria said. “And that lets us really scale and serve customers very, very efficiently.”

While primarily having served as a lender, Fundbox is now expanding into payments and membership-based offerings (with the intent to generate a subscription revenue stream). The company recently launched Flex Pay, which is designed to provide small business owners with additional payment options and greater flexibility for business expenses.

For example, Fundbox Line of Credit customers now get three extra days to pay those expenses. Repayment options include a bank account, credit card or Line of Credit draw, essentially providing small business owners with another tool to buy now, pay later, according to Fuloria.

Looking ahead, next year Fundbox plans to develop a product aimed specifically at entrepreneurs with multiple small businesses as well as new businesses that lack the financial history to access capital through traditional means.
Shrirang Apte, VP of HOOPP, believes Fundbox’s performance this year speaks to the market opportunity “in disrupting the highly underserved world of small business financing, which has traditionally lagged behind consumer financing innovations.”

Fundbox plans to use its new capital to expand its 300-person team, customer acquisition and expanding its product offerings. It recently hired a handful of new execs, including two former Capital One veterans — Khary Scott and Shawn Haigh to serve as VP and head of partnerships and VP of growth marketing, respectively.