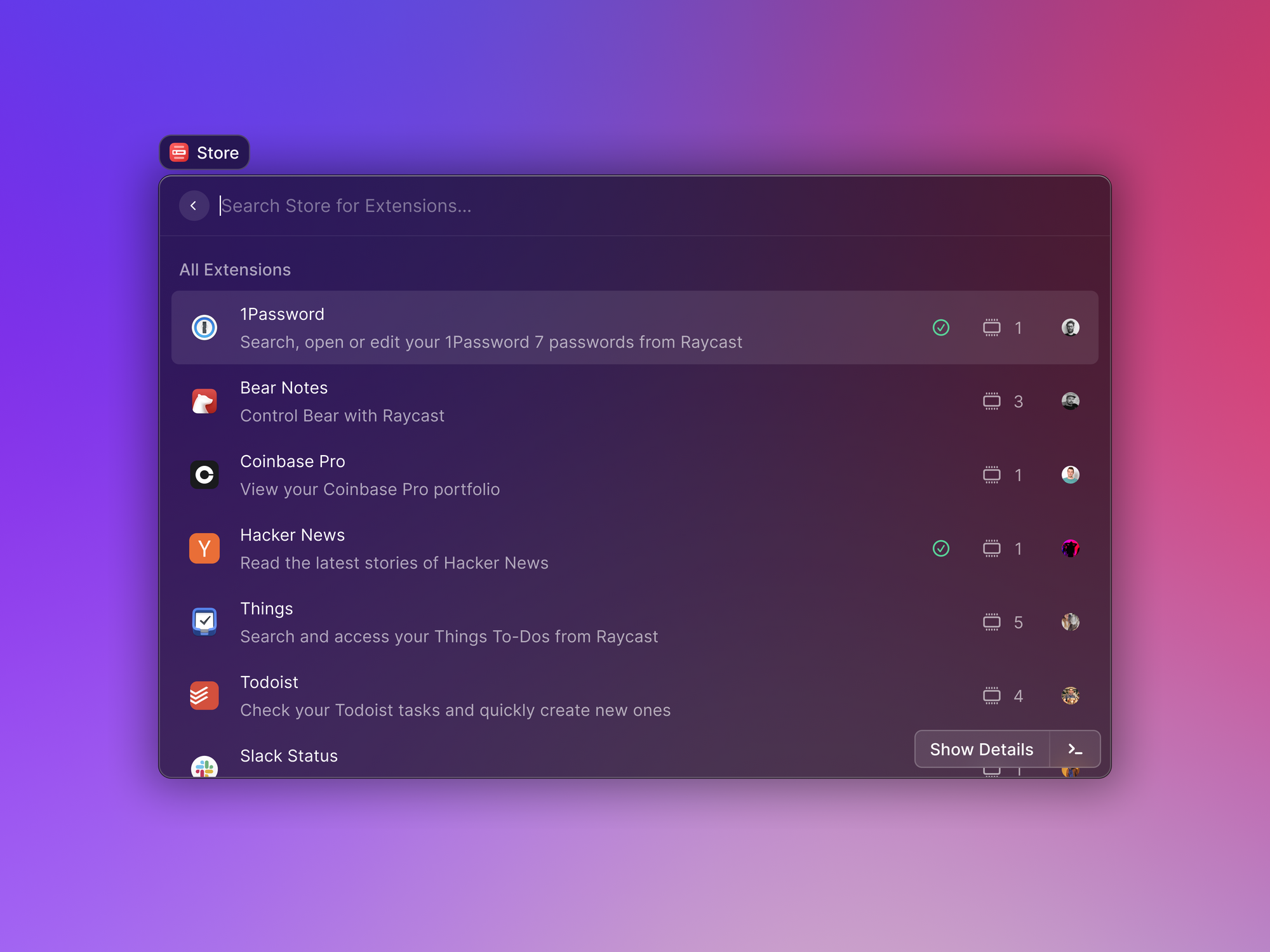 Developer-focused productivity tool Raycast has raised $15 million in Series A funding, led by Accel and Coatue. Also participating in the round were angel investors Johnny Boufarhat, the CEO and founder of Hopin; Jeff Weinstein, the head of product at Stripe; Jason Warner, the former CTO of GitHub and Ott Kaukver, the CTO of Checkout.com, among others.

Raycast was founded in 2020 by former Facebook software engineers, Thomas Paul Mann and Petr Nikolaev, who sought out to create a way to recover the time developers lose every day due to continuous context-switching between different SaaS tools.

“We started the company because we wanted to improve how we work with computers,” Raycast CEO Thomas Paul Mann told TechCrunch in an interview. “As developers ourselves, we find ourselves spending a lot of time on busywork that doesn’t bring that much value. We’d rather spend our time on the work that actually matters. This is the premise of Raycast, we bring you a tool that helps you get work done faster.”

Raycast aims to make it easier for developers to find and update information with its command-line-inspired interface. The platform enables the automation of day-to-day processes and tasks and allows developers to focus on important tasks. The desktop software takes a note from peers like Superhuman and Command E, allowing users to quickly pull up and modify data with keyboard shortcuts. Users can easily create and re-modify issues in Jira, merge pull requests in GitHub and find documents. The software is essentially a developer-focused version of Apple’s Spotlight search, which aims to help software engineers navigate all the parts of their job that aren’t development work using a single tool.

In terms of growth, Raycast says that in just 12 months, it has increased its daily active user base from 130 in October 2020 to over 11,000 to date, with more than 20 million actions performed on the platform in that time. The team currently consists of 12 members, with more people expected to join by the end of the year as the company looks to hire more employees.

Raycast has also released its Extensions API and Store in public beta, giving developers the ability to build custom extensions and share them with their team or community. The company says that in one month, the community built more than 100 extensions on the beta, connecting to services like Figma, GitHub, Chrome, Notion, YouTube, Twitter and more. Raycast is now publicly launching the Extensions API and Store, opening it up to developers around the world.

As for the new funding, Mann says Raycast wants to become the leader in developer productivity. “That’s our goal with the funding. We will use the funding to scale our team further up. We want to make this platform universally accessible to everyone so that they can build the tools they want to have,” he said.

Raycast plans to use the funding to focus on building its community of developers and tools, accelerate growth on the platform and also bring Raycast to teams. Although the company will remain heavily focused on individual developers, Raycast sees potential in making it easy to share productivity tools and workflows with others. Starting today, companies will be able to sign up for an early access program to get access to new team features. Users will be able to create their own internal store, where they can build and distribute custom extensions and links specific to the needs of their teams.

“Teams can now build extensions and share them privately with their team members,” Mann stated. “If they have an internal tool that makes themselves more productive with the custom setup they have, they can share that with their team members so they can benefit from it as well. This helps them stay productive as a team and saves them time on the busywork they usually have.”

Raycast’s Series A funding follows the company’s $2.7 million seed round from October 2020. The round was led by Accel, with participation from YC, Jeff Morris Jr.’s Chapter One fund, as well as angel investors Charlie Cheever, Calvin French-Owen and Manik Gupta.

“Since leading Raycast’s seed investment, we’ve been impressed with the growth and traction Raycast has seen in the developer community.” said Andrei Brasoveanu, a partner at Accel, in a statement. “This backs up our initial belief that Raycast has the potential to become an indispensable tool for developers, and we’re excited to see the team go even further with the launch of the API and Store and expansion to teams. We’re delighted to continue supporting Thomas and Petr on their ambitious journey.”