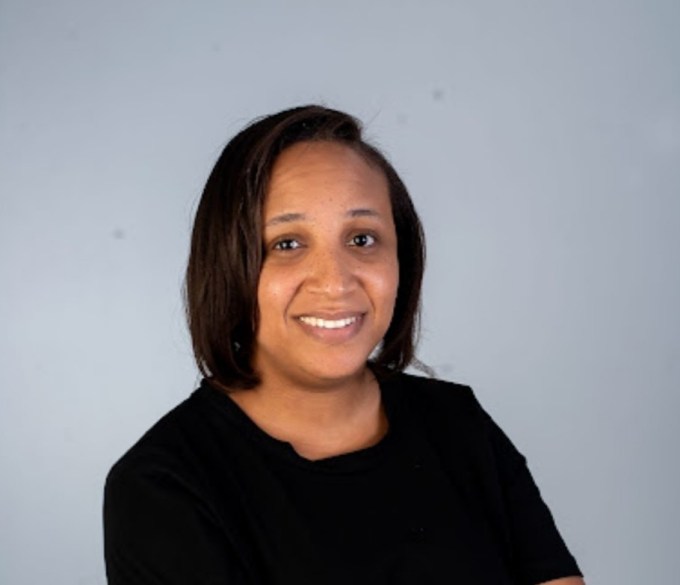 Nigeria’s informal trade sector, worth over $244 billion, has more than 40 million micro, small and medium businesses.

Most of these businesses operated offline until a few years ago when startups brought about digitization by providing infrastructure and a gamut of e-commerce and financial services.

One-year-old Sabi — a spinoff from Rensource, an African energy company that offers power-as-a-service to customers — is the latest startup to raise funds to serve the informal sector. The company confirmed to TechCrunch that it has raised a $6 million bridge round led by pan-African VC firm CRE Ventures.

Sabi’s bridge round is coming a year after closing a $2 million seed round from CRE Ventures, Janngo Capital, Atlantica Ventures and Waarde Capital.

Ademola Adesina and Anu Adasolum have been at the helm of Rensource since the company started in 2015; Adesina as founder and CEO and Adasolum, COO.

By providing these small and medium businesses with power, the team at Rensource began to look into other pain points these SMEs had and find ways to add value beyond energy provision.

With the pandemic halting Rensource’s business, the team had time to develop this concept which became Sabi in October 2020.

Adasolum leads Sabi’s efforts as founder and CEO following the company’s branch out in March, while Adesina holds a co-founder and director role.

Sabi is an attempt at platforming the informal sector and African trade via various online and offline channels. This means that Sabi tries to complement the middlemen (mainly distributors) in the B2B e-commerce retail chain rather than replace them, a model familiar with other prominent B2B e-commerce retail startups such as Sokowatch, MaxAB TradeDepot and Twiga.

“We’re not trying to be, you know, a tech-enabled digital distributor. We’re not trying to disintermediate a market full of hyper-specialization where one of the defining characteristics of the informal sector is you have all these middlemen and agents performing a very narrow role,” Adesina said to TechCrunch.

“We think that specialization is important for the sector to work properly — whether it’s aggregation, making a sale, knowing the customer especially well, all these middlemen play a key role. And the way we deal with them is we give them a set of tools and an infrastructure they can run their business on to make it more optimized.”

Sabi caters to the needs of manufacturers, distributors, wholesalers and retailers and classifies all of them as merchants.

The company operates an asset-light model and doesn’t own vehicles, warehouses or goods. But it provides visibility into these assets across the entire value chain from the demand and supply side and controls on a single platform.

Running this model exempts Sabi from the constraints a typical B2B e-commerce retail platform might face when acting as a distributor for manufacturers to retailers.

“We focus our processes, policies and monitoring around understanding the different types of users and monitoring how the third parties we work with are serving them,” said CEO Adasolum.

“As a result, the net experience of each off-taker is different and it works more for their particular business type. So I’m not going to go to a business that is used to working a particular way and change it but instead offer several other channels that they’re more comfortable with through our platform.”

“We’re starting with what makes them comfortable, not what we think is best,” the CEO added.

Merchants on Sabi deal with FMCG goods and products in other sectors such as agriculture, electronics and chemicals. The category-agnostic platform is home to more than 175,000 merchants who have made B2B transactions totalling over $200 million annualized GMV run rate. And more than 10,000 agents serve these merchants on Sabi’s network.

Sabi makes money by taking a transaction fee when any merchants perform any sale on the marketplace. The company also earns a margin for providing financing to them.

Adesina said in Q1 2022, Sabi plans to roll out a subscription model where agents will pay a monthly fee to access a reseller model.

Also in Sabi’s pipeline is providing manufacturers with visibility and data-backed insights and direct engagement down the value chain.

Growing an average of 40% month on month in Nigeria, Sabi intends to replicate its rapid growth in other African countries Kenya and South Africa.

The company opened shop in Kenya last month and just made a few hires in South Africa, intending to go live early next year. Another round of funding, a Series A, might close in time to fuel the company’s expansion into both countries, Adesina said.

Pardon Makumbe, co-founder and managing partner of CRE Venture Capital, in a statement emphasizing why his firm doubled down on its investment under a year said, “Sabi’s online and offline approach to serving informal businesses, combined with the quality of its platform and service provider curation, has clearly taken root in Nigeria. The company is on track to be one of the fastest-growing African companies of 2021 and is showing no signs of slowing down.”

Sabi’s growth, in addition to market demand, comes from the background of its founders. Before Sabi and Rensource, CEO Adasolum worked at Jumia, where she was in charge of offline sales for some African countries: Nigeria, Ghana and Kenya.

She has also performed commercial operations and merchant acquisition roles for the African e-commerce giant. Adesina too has vast experience working with multinationals such as the Capricorn Investment Group, the Rockefeller Foundation and JP Morgan.

Adesina is confident that the digitization of offline processes for B2B e-commerce retail will continue despite questions about why many players exist in the space. And he believes as more startups come into the market, more venture capital will follow.

Sabi’s monthly GMV numbers is one reason the co-founder has this conviction. Right now, the company claims to be on the verge of processing about $12 million monthly GMV.

While Jumia, Africa’s biggest e-commerce player, records this volume on average after five years in operation, it has taken Sabi less than a year to achieve this feat which can be attributed to the size of the country’s informal B2B e-commerce retail market.

“The kind of data we’re seeing now in terms of like real-time visibility into whether people like this product or that product, that stuff is gonna accrue and grow exponentially over the next a few years,” the co-founder said.

“And then I think that the same way one saw in China in the late 90s the kind of hyper digitalization of what was a very informal economy, I see that happening faster in Africa than most people realize. I think it’s something people don’t realize how quickly it’s going to happen.”